Home • Library • IN HER SHADOW 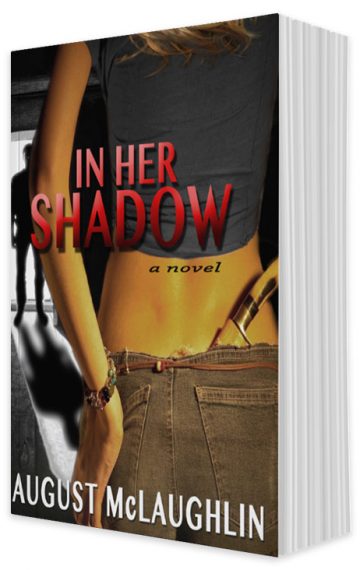 One woman locked in a basement, nearing death and longing for escape. Another baffled by the inexplicable symptoms wreaking havoc on her life. Both are lost and alone, yet somehow connected. And time is running out…

Near the tenth anniversary of her parents’ unexpected death, Claire Fiksen, a lovely young Harvard-grad and gifted psychologist in Minnesota, develops bizarre symptoms of an eating disorder that threaten her fledgling career, her relationship with a handsome young medical student, her grasp on reality and, soon, her life.

When her beloved grandfather reveals that there may be more to her parents’ death than she’s realized, Claire’s pursuit of healing becomes a desperate search for answers as she delves into her family’s sordid past. Meanwhile, someone is watching her every move, plotting to draw her into her own twisted web of misery.

Claire has something he needs, and he’ll stop at nothing to obtain it. Every step Claire takes brings her closer to the truth and danger. And her life, she discovers, isn’t the only one at stake.

“An engaging story with an inventive structure and an intriguing focus on body-image issues. …the novel’s darkness gathers like storm clouds.” Kirkus Reviews