Home • Life • The Banned and the Beautiful: Celebrating Women Writers

“How wonderful it is that nobody need wait a single moment before starting to improve the world.” — Anne Frank

As you may have heard, the Ozarks Writers’ League conference coming up the weekend of February 21 was booted from its venue of 30 years this week, largely because I’m set to speak there.

My topic? Cultivating self-confidence for increased success. Not exactly controversial. My advocacy for female sexual empowerment, however, apparently is. The venue heads also disapproved of award-winning author Velda Brotherton‘s workshop on writing sex scenes. The conference program has never before been questioned or analyzed, but this one’s theme, Celebrating Women Writers, invited scrutiny.

“Doesn’t that make you mad?” an acquaintance asked me when she read the news. “I’d be so offended!”

Nope, I replied. It’s unfortunate that OWL had to scramble for a new venue, as they successfully did, but the venue’s response merely illustrates the importance of the kind of work I and other women writers do. 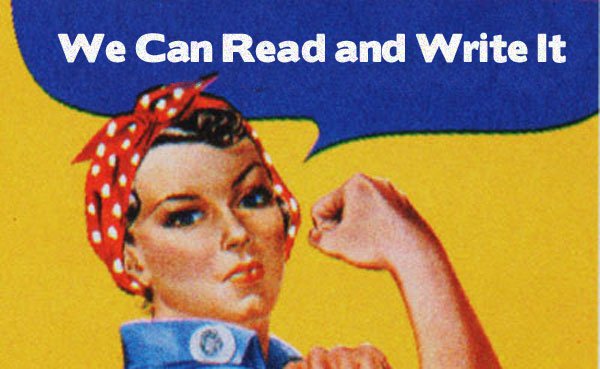 Many people in our culture find anything related to sexuality shameful. It’s one of the most heartbreaking and damaging notions of our time, in my opinion, and anyone who abides by it has been victimized. I and many, if not all, women I know have been hurt by negative views and damaging myths about sexuality and our bodies at some point—in some cases, profoundly. The moment we lose compassion for folks we’re trying to help through our writing and advocacy, we lose our ability to make a positive impact. It’s as though we’ve lost compassion for ourselves.

As revolutionary Gloria Steinem said, “The truth will set you free, but first it will piss you off.” Trust me, I’ve had those pissed-off times in the past. But I learned that if I hoped for change, I had to take action—loving action. That’s why I made the transition from health writer to health and sexuality writer, launched Girl Boner on my blog and welcomed the chance to bring my work to the radio/podcast waves. It’s also why I adore artists, who are some of the most compassionate souls around.

OWL’s community is a prime example. In response to the recent controversy, they’ve not only publicly supported Velda and I, but increased their efforts to support and celebrate all writing women. I can hardly articulate how touched and grateful I am. Writers uniting. What a beautiful thing.

If you’re in the Missouri area, I hope you’ll join us at the conference, which has a new location. To learn more, visit www.ozarkswritersleague.com.