Home • Authors • Brett Battles on Writing, Getting Published & What Life’s Like Since

New York Times best-selling author James Rollins calls Brett Battles’ work “addictive,” and I can see why. I came upon his recent release, LITTLE GIRL GONE, via Twitter, started it that day and have since added his other works to my must-read list. (See how useful #FridayReads are??? ;)) Lucky for us, this gem is the first in a new series.

Logan Harper isn’t looking for redemption. He just wants to live in peace and forget his troubled past. But one morning his quiet life is upended when he interrupts the attempted murder of his father’s best friend Tooney.

The next thing he knows, Logan is on his way to Los Angeles, searching for Tooney’s missing granddaughter and uncovering a sinister plot connected not only to Tooney’s past, but also to the boardrooms of corporate America.

As the odds stack up against him, Logan must fall back on old skills from the life he’d rather forget. He’s made a promise, and the only way to fulfill it is to bring the girl home alive. 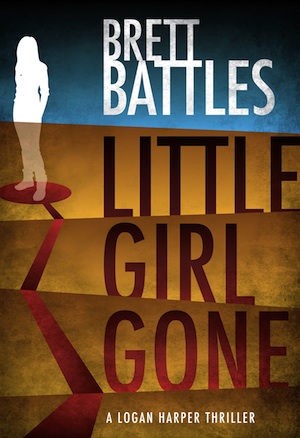 Here’s what others are saying about Battles and LITTLE GIRL GONE:

“Battles has a true gift for writing thrillers…”—CRIMESPREE magazine

“Brett Battles has established himself as one of today’s best thriller writers, right up there with Lee Child, Barry Eisler, and Thomas Perry.”—Deadly Pleasures magazine 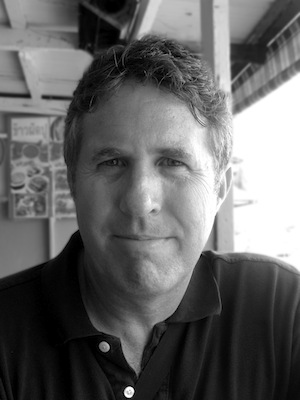 Mr. Battles is also generous. He’s running a special on Amazon.com: LITTLE GIRL GONE—the Kindle version is only 99 cents! And he took the time to answer questions for us all…

AM: You’ve said that books are writers’ classrooms. (Love that notion, by the way.) What books or authors have you learned the most from? What have they taught you?

AM: If you had to trade lives with one of your characters, who would you choose?

BB: Hmmm…Well, Jonathan Quinn is constantly in danger of getting killed, but he does go to some pretty cool places, and I love to travel, so I guess I’d have say him…hopefully minus the bullets flying in my direction.

AM: Your books move along at a rapid, “page-turner” pace. How do you accomplish this?

BB: That’s just how I write. I don’t mean that in an arrogant kind way. I just mean I don’t know how to write a thriller any other way. It’s how the story comes to me, so that’s how it goes onto the page.

AM: What aspect of your writing career are you most proud of?

BB: That I’ve been able to write a lot of stuff that readers seem to love. That’s truly gratifying.

AM: Anything you’d change if given the opportunity?

BB: I’ve been very lucky and blessed, and am thankful for all that’s happened. So, nope, wouldn’t change a thing.

AM: How did you first get published?

BB: Ha. That’s a loaded question. I’ll give you the short version. I’d been shopping around my first novel, THE CLEANER, for about six months with a few nibbles but no bites. An author friend of mine, who was being published by a small but prestigious press here in L.A., said he’d give me an introduction to them. Long story short, the publisher—Ugly Town—bought the novel. BUT…before they could bring it out, financial issues with a distributor that had gone bankrupt forced them out of business. That could have been the end of everything, but instead of just releasing me and putting me back at square one, they sent the novel to an editor friend of theirs at Bantam Dell. That editor ended up purchasing THE CLEANER, and giving me a three book deal. All of that happened, by the way, without an agent, which I didn’t get for another four months or so.

AM: How does life as a multi-published, award-winning author vary from your pre-published writer days? Aside from perhaps fewer Ramen noodles…?

BB: It’s completely different. Before I was on the outside looking in at a prize I’d wanted since I was in fifth grade. Seeing my book in a store was life altering. I’d always been a writer but the few people who knew that probably thought it was just a hobby. (Side note: I don’t believe in the term “aspiring writer,” if you write you’re a writer.) Once I was published, they realized it was a hell of a lot more than just a hobby, and that I actually kind of knew my way around a sentence.

AM: What can your fans look forward to next?

BB: Several things, actually. Since I’ve firmly moved into the independent writing world of ebooks, I’ve already released four novels, three shorts and a novella since last April. At the end of this month (early November latest) I’ll be releasing EVERY PRECIOUS THING, the sequel to LITTLE GIRL GONE. (By the way, in anticipation of that I’m running a special on the Kindle and Nook versions of LITTLE GIRL GONE, a full novel available for only .99) By Christmas, the plan is to release EXIT NINE, the second book in my Project Eden series. Bantam Dell is releasing my book NO RETURN at the end of January. And, finally, in the spring, I’ll be bring out my fifth Jonathan Quinn novel, THE RETURNED.

*****
What do you love about Brett Battles’ work? His insight? I always love hearing from you.

CONTEST: Purchase Little Girl Gone or any of Brett Battles’ books and email me a copy of your receipt for a chance to win a $20 Amazon.com gift card between now and December 1st. Good luck!