Welcome to Girl Boner Monday, where we embrace and explore female sexuality. Today we’re going to focus a bit more on guys, who we adore here at GB Central. This post isn’t meant to be accusatory—not to the many great ones out there. I hope those of you reading will chime in.

During Fantasy-palooza Part II, Kristy K. James posted a comment that stirred up discussion. This bit sent my thoughts whirling:

“I’m sure there are men who want to please their partners, but I think the majority of them would prefer to not work that hard. At least not often. Maybe I’m jaded, but that’s just my opinion (based on experience and chats with other women).”

Huh? That’s not true, I thought. Men I’ve known intimately have all prioritized my sexual pleasure, in some cases more than their own. Had I merely been lucky? Or ugh, delusional? 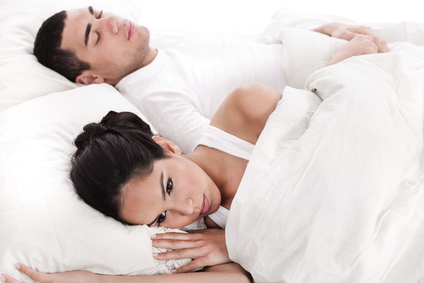 Then I remembered Drew, the man who helped prompt the end of my sex as a single girl spree, made me want to phone spectacular guys I know to thank them for not being similar, and who I’ve continued to block and ignore on Facebook. (Yes, that bad.)

I was an actress then and my agent had invited me to an industry party. Beforehand we would dine with another of his clients, an actor named Drew. As I prepped for the evening, I made like a typical Hollywood-ite and IMDB-ed him. He’s cute, I told my roommate, and had some impressive acting credits under his belt. Feeling playful and poignantly single, I wondered what else hid under there.

“Be careful,” my male, protective apartment-mate warned. I should have listened.

After a flirt-filled evening, Drew became the first person I slept with within hours of meeting. Thanks to Captain Morgan, I barely remember it—something about a cold bathroom floor in the Hollywood Hills… We ate bagels the next morning in silence, two strangers eager to get on with their days. As he drove me home with the top down on his convertible, I thanked God for the wind. We had stunningly little to discuss.

Days later, Drew called and asked me to dinner, referencing the “great time” we’d shared. Was I there? He seemed sincere… I figured, Why not?

He picked me up in his Porsche, drove too fast to the trendy Beverly Hills restaurant then made like an ostensible gentleman—opening doors, pulling my chair out to seat me and ordering wine for us both. There were no prices on the menu, a clear sign of ultra-expensive food. Did we really need to order in courses? I tried to recall which fork to use when, feeling as unbefitting as Anne Hathaway’s character on The Devil Wears Prada. 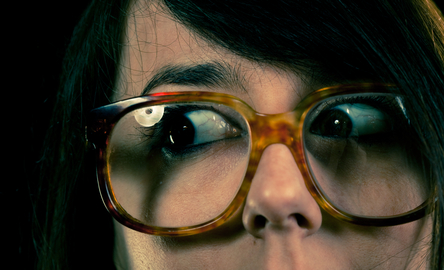 Over appetizers Drew uttered romantic quips: I’ve never met anyone like you. Something about my sparkling eyes and the obvious fire between us. Was he serious? Regardless, I found it oddly charming and began wondering what sex with him sober would feel like. After dinner, while waiting for valet, he leaned over and whispered in my ear, “You know you give the best head, right?”

What happened to Casanova?!? Surely I’d heard him wrong. Before I could respond, a pair of giggling girls appeared, requesting his autograph. One mouthed to me, “You’re so lucky.”

Was I? If I hadn’t had a glass or two of wine or paused to analyze, I might’ve requested a cab home. Instead, I ignored a subtle get-outta-there feeling and found myself riding to his place, numb and compliant. You’re young and having fun, I told myself. A hot guy wants you. Enjoy it. You’re so lucky—the groupie’s words…

At his place, Drew lit candles, played classical music and led me to his bed, setting a drink on the nightstand: “For you.” For a moment, I thought he’d planned to give me a massage. If only… He donned his position, flat on his back as though awaiting his own spa treatment. “Come on, baby.” Long pause. “Now.”

Soon clarity struck me like a splash of chilled water: Drew didn’t want me, but what he’d whispered in my ear. And I wasn’t lucky, but foolish.

Fearful and alone in a twice-the-size-of-me stranger’s home no loved ones knew about, I wondered what the hell I’d been thinking. Seeing no easy alternatives, I did as he expected while he just laid there. When I raised my head to stop, he forced it back down. I gagged but kept on, for the sole sake of finishing.

As I waited for the cab to the sound of his sacked-out snore, I spotted papers on the floor. It was an audition scene, featuring his romantic proclamations of earlier verbatim. Your eyes… The fire between us… He’d used me for audition prep and personal pleasure. (Funny, the scene didn’t contain the head quote he’d probably used a hundred times.)

I ignored Drew’s calls until they stopped. Months later, I ran into him at a party. “Busy later?” he asked. “I’ve missed you.” Thanks to ample reflective time and sharp hindsight vision, I replied, “You mean you want me to service you. Go fuck yourself.” He obviously didn’t want a partner anyway. Then I turned and addressed his circle of puppy-eyed swooners: “Don’t let him flirt you into bed. You’re better than that.”

Though the assertions felt empowering, I lay in bed later that night, shedding tears. How could I have been so foolish? The situation could have been far worse; I’m lucky in that regard—sadly, many women are not. While Drew went well beyond disregarding my pleasure, I consider myself fortunate that he’s my sole example. Looking back, I realize that we’re all capable of such mistakes, particularly when we guide with our Girl Boners, or heart-boners (emotions), alone.

Whether we’ve known a partner for days, months or years, we don’t deserve to be treated like trash.

I feel sorry for Drew, and others like him. If he’s still in that headspace, deeming it acceptable or ideal to use women, he’ll never know the beauty, eroticism or profound gratification that can derive from a mutually respectful relationship.

As any woman in a healthy partnership will tell you, fantastic men value female sexual pleasure and intimacy.

I believe that finding such partners and reaping those experiences requires valuing ourselves, our bodies and our sexuality. Then, we’ve got to communicate. Many men want to please their partners sexually but don’t know how, according sex expert and author Dr. Laura Berman. For many males, partner pleasure is an intense turn on. Male or female, we shouldn’t merely give or receive sensual pleasure, but share it.

I’ve yet to find detailed analyses regarding effects female sexual pleasure has on men. As my research continues, I’d love to hear your thoughts.

Have the men in your life embraced your sexual pleasure, or have you felt slighted? Any happy or Drew-like stories to share? Guys: How do you feel about female sexual pleasure? What has experience taught you? Any Drew-ettes in your history? As always, all respectful thoughts are welcome.

On a related note, submissions are still open for the Beauty of A Woman BlogFest II! I hope you’ll consider joining us. It’s open to all, and you’ll have chances to win a Kindle Fire and to connect with fabulous, beauty-celebrating readers and writers on February 22nd.