“Growing up, I decided, a long time ago, I wouldn’t accept any manmade differences between human beings, differences made at somebody else’s insistence or someone else’s whim or convenience.” — Maya Angelou

If as a kid growing up in Minnesota someone would’ve told me that I’d one day dedicate much of my life and energy to sex positivity, I probably would’ve laughed—loudly. I also would’ve wondered what the heck that even means. Now that I’m done so, I wouldn’t trade it for anything. That isn’t to say it’s an easy path.

Last week, after controversy my production team handled with marked grace passed, Girl Boner Radio was approved for distribution on iTunes! Thank flippin’ goodness. Since then, I’ve been feeling much the way I did upon my debut novel release last year—like a nervous new mama who wants nothing more than to nurture and protect her infant, hoping with all of her heart that the world will embrace her and her dreams. While those dreams are ever-evolving, one biggie is that Girl Boner—the brand, the radio show, the eventual book, etc.—will contribute to sex positivity in broad-scale, impactful ways.

What IS sex positivity?

Simply put, sex positivity is the idea that all sex, as long as it is healthy and consensual, is positive. It means recognizing and embracing peoples’ differences regarding sexual preferences, including style and orientation (including the 1% of the population who are asexual), and not judging others based on their sexual lifestyle choices. In my opinion, it also means embracing our bodies and sexuality as natural and wondrous, while doing what we can to minimize negative stereotypes and influences, such as the dieting and pornography industries, that damage our body image, sexual self-esteem and sense of self worth.

While sex positivity may seem like a no-brainer to many of you, it’s remarkable how deeply and vastly our culture and countless people in it promote the opposite.

Why is it important?

So. Many. Reasons! A sex-positive lifestyle promotes positive physical and emotional wellbeing, guards against depression, stress and anxiety and promotes healthy body image and self-esteem. It also helps ensure strong, lasting intimate relationships, in and outside of the bedroom. On a larger scale, sex positivity makes the world a more loving, accepting and gratifying place.

If you believe that healthy, consensual sex and sexuality as a whole are worth embracing, you’re already contributing to the movement in important ways. To take your efforts further, consider the following steps.

1. Listen to and review sex-positive radio shows and podcasts. Reviews and ratings are hugely important for radio shows and podcasts. On iTunes, high numbers and ratings directly lead to increased search engine rank and online promotion. In the case of Girl Boner, positive reviews and ratings will also lead to greater exposure and airtime when contract renews in three months. (In other words, if you listen and like what you hear, honest rating and reviews will be much appreciated!)

2. Purchase and review fiction and nonfiction books that promote healthy messages about sexuality. I read Kitt Crescendo’s novelette, Three For All, recently, and raced off to review it pronto. She depicts sexuality in such a relatable, uplifting way—and wow, is it saucy! Similar to radio shows and podcasts, positive reviews help ensure greater success and sales for the author, allowing them to continue their fine work.

4. Speak out against sex-negativity. Inspired by Miss Representation, a FABULOUS organization, I spent time during the recent Super Bowl tweeting commercials that promote sexist ideals and interacting with others doing the same. Anytime you view sexist or otherwise sexually demeaning media, tweet about it using their hashtag, #NotBuyingIt. If you notice a friend or loved one speaking negatively about her body or telling sexist jokes, call them out. In many cases, people don’t even realize the unintentional harm they’re causing until someone points it out.

5. Cultivate sex positivity in your life. Cultivating positive attitudes and behaviors regarding sex in your own life is arguably the most powerful way to make changes in a culture that often deems sexuality taboo. Whatever negative attitudes or harmful barriers you have, make shifting them toward the positive a priority. Sex positivity doesn’t mean running out to have as much sex as possible or becoming extremely vocal about your beliefs, though both can fit within a sex-positive lifestyle. It doesn’t also doesn’t mean venturing into sexual territory that makes you uncomfortable. On the contrary, it means embracing your sexuality however you feel most healthy and fulfilled.

To listen to Girl Boner Radio on iTunes, visit this link: 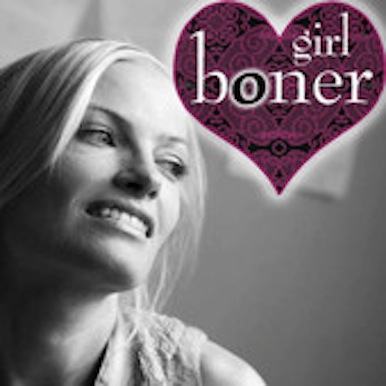 Other sex-positive programs worth supporting:

Coming Out Kinky, A Grown Up Story: A sex-positive play by Jean Franzblau

Sex Talk From Behind Our White Picket Fence: Honest, Sex-Positive Information for Couples

In the Bedroom with Laura Berman on the Oprah Winfrey Network

How do you feel about sex positivity? If you’ve listened to Girl Boner or checked out the above links, what did you think? Any related links to share? What are your sex-positive goals or dreams? Any questions you’d like answered on Girl Boner Radio? I LOVE hearing your thoughts.

Thanks so much for the ongoing support! ♥