Home • Body image • The Day My #GirlBoner Died: Sexlessness, Anorexia and a Call for Stories

“It’s only after we’ve lost everything that we’re free to do anything.”  ― Chuck Palahniuk, Fight Club 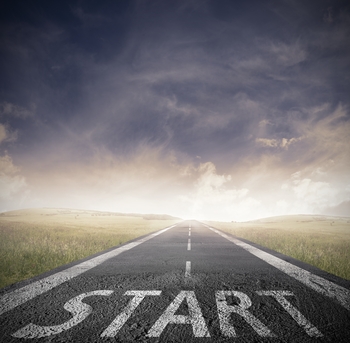 It’s difficult to pin down exactly when my Girl Boner vanished, but I do recall when I noticed. I was in my late teens and had left my Minnesota hometown to work as a model in Manhattan. While I hadn’t yet been diagnosed, I’d recently developed the primary symptoms of anorexia: a dangerously slight body I perceived as too large, a hyper-fixation on food and weight control and an intense fear of added pounds. My high school boyfriend “Max” and I were maintaining a long-distance relationship, and I’d flown back to Minneapolis for a visit.

That’s virtually all I remember. Max had invited me to a costume bash at a coworker’s house, and I’d dressed as Cat Woman. Rather than embrace the sensual, powerful disposition of the feline superhero as I’ve done in healthy years since, I felt equally invisible and exposed. As the food-filled festivities ensued, I hid within the all-black getup, sensing others’ stares and murmurs as though observing critics ripping apart a one-woman show. “Will she eat anything?” one person whispered. Another snickered. “Look! She’s eating grapes.” I still don’t know if those voices were real or imagined. Anorexia has a peculiar way of distorting comments, glances, the whole world. But they were very real to me.

At some point, while sitting on a sofa clutching a grape I’d grappled over eating, I fell asleep—something I’d never been particularly skilled at when I tried. As I slept, I occasionally perceived more mumbled criticism, concern and snarky laughter. I was the boring girl who’d fallen asleep.

By the time Max jostled me awake, the party was wrapping up and most of the attendees had left. While I couldn’t tell you the make or model of his car, I vividly recall the stench of stale, fatty French fries in the air. We headed to his place, both anticipating having sex. I had been away for months, after all, and we’d both been longing for closeness. What I hadn’t realized was that my longing had more to do with fear, loneliness and loss of self, and that sex was the last thing my body wanted. Though my emotions said, YES, PLEASE! Take me away into erotic oblivion, my body wanted nothing but food I was resisting and sleep.

In the dimness of the room I’d demanded, the comforting feel of his strong, warm body was fleeting. I moaned to cover the sound of my stomach rumbling as he entered me, going through the motions as though playing a game of lovemaking charades. It felt a lot like modeling, actually—doing my best to appear alluring and engaged, a natural fit for my artificial circumstances, hiding behind a makeup mask while aiming to please. But before cameras I felt powerful. Here, I felt foolish and afraid.

I used the term “almost sex” earlier because I’m not sure it’s lovemaking if only one person is really there. I suppose I was his masturbation tool and he was my time passage, a bit of extra calorie-burn and food avoidance who could never fill the kind of void I was becoming. I couldn’t yet wrap my brain around what was truly happening, largely because anorexia is all-consuming. I shunned myself for not “performing” better for him, completely ignorant to the fact that I, the young woman who’d loved sex even amid her historic body shame, could no longer want for something as natural as air. When he, perhaps we, were finished, he slept and I laid there overcome by a sad sense of blankness. But at least I hadn’t eaten (said E.D.).

Anorexia starves the soul, body and appetite, and not merely of food. Bit by bit, it steals a woman’s femininity and her hunger for life, withholding her not merely from filling out physically, but living as largely as she deserves. On a smaller but no less significant scale, dieting, health-food and fitness obsessions and poor body image can cause the same.

Since recovering from my eating disorder and regaining my Girl Boner (and all its glory!), I’ve been struck by the fact that most elite models, who many women strive to emulate with hopes of appearing sexier, meet the diagnostic criteria for anorexia. In other words, they don’t possess the sexiness they sell—they can’t. I’ve also learned that body image, self-care and sexuality are inseparable. When one part of the triangle suffers, they all do.

Immeasurably grateful for my own recovery, I’ve made it my life’s mission to help fix these broken triangles. When we embrace and nurture our bodies, emotional selves and sexuality, we feel capable, free, unstoppable and alive. And you know what? We are.

A Call for Stories

If you agree and would like to help make a difference, here’s a way you can! I’m working on a special project related to these issues. If you or someone you know has worked in the fashion/entertainment industry and grappled with poor body image, an eating disorder, obsessive weight control and/or related sexual challenges and would be willing to discuss these experiences with me, let me know in the comments below or via email (augustmclaughlin at gmail dot com) with “Interview” in the subject line. Anyone who participates can optionally remain anonymous and will be contributing to something truly beautiful.

Fashion experience or not, do you relate to my story? How has your body image influenced your sexuality? Whatever your thoughts, I’d love to hear them!