Home • Life • How Pseudo-Marriage Prepped Me for Career Decisions

In my early twenties, I had a pseudo-marriage that started with an official wedding and ended in concrete divorce—all because I wed for the wrong reasons. 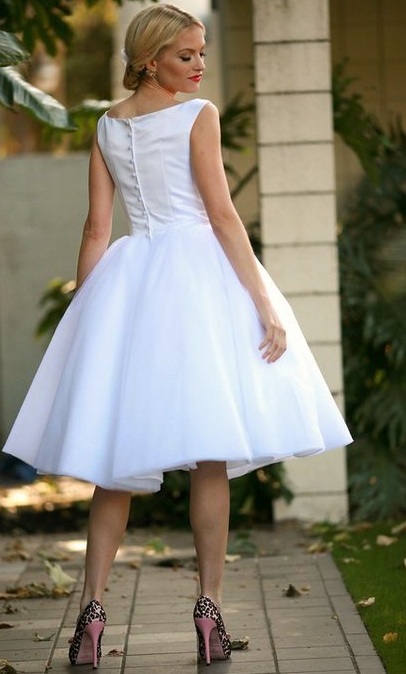 “Marry you? Hmm… Will I get cute shoes?”
(Photo by Alice Hu; Dress by Dolly Couture)

Okay, I was never that snobby. That’s my alter-ego Cru-Bella de Pill, a persona I took on for particular photo shoots. But she supports what I’m about to share…

If you caught my last post, you know that I’m facing an important and increasingly common decision in my writing career. Though I haven’t officially decided, I feel confident about where I’m headed, much thanks to Professor Pseudo-Marriage.

(I use the term pseudo out of respect for my current marriage, which holds no comparison. If my marriage were a celebrated film, my first would be the reject auditions from American Idol—largely because of me…)

Reasons I Took the Pseudo–Marriage Leap:

Boredom, impatience and the bandwagon. At 22, I was pre-“old maid” by the high-fashion world’s standards. After working internationally and enduring serious hardships, I was taking a hiatus in Minnesota when my adventurous spirit returned. I sat twiddling my thumbs in classes I’d lost luster for and therapy I no longer needed. Meanwhile, many of my peers were married. The totally single me decided it was time. The next person I dated, I would marry.

Stubbornness. That decision stuck. My next beau became my fiance in a snap. We discussed marriage within hours of our first kiss. One year from that day, we agreed, we’d wed. And we did. It wouldn’t have mattered if friends, family, the president and Oprah called to dissuade me (well, Oprah may’ve gotten through…). My mind was made up.

Fear and insecurity. Stubbornness can be blinding. It took me over a year to realize that the decisions we’d made to marry, move across the country to a place we’d never been with virtually no money or belongings had little to do with love and adventure, and everything to do with fear and self-doubt. The last time I’d ventured out on my own, I’d ended up sick and terrified. Fearing a recurrence, I didn’t believe I could reach the “something more” I desired on my own. I and pseudo-hubby could do anything together, I presumed, giving us and our union entirely too much credit.

As in relationships, career success often requires willingness to carve our own paths, look past right now, listen to our instincts, ask difficult questions, maintain individuality and understand ourselves.

So when my agent presented self-publishing as a potentially useful next strategy for me, I began researching like crazy—even though my gut had strong inclinations promptly. I’ve answered the important questions, analyzed the risks versus benefits and gained insight from professionals and loved ones I trust. (Thanks, all who’ve weighed in!) I have plans for my worst-case-scenario, and my best. And unlike the pseudo-married me, I have self confidence and a happy real-marriage and life to show for it.

While it’s seldom simple, we’re all capable of making the best possible decisions for ourselves. There always unknowns and people attempting to steer us in opposing directions, but I believe our instincts know best. Every step in the right direction, feels right—even when resistance rears its head. Once we sort all the variables out and stand firmly in our decisions, a sense of euphoria sets in. And there’s little better dream-pursuing fuel than that.

How do you make major career decisions? What related lessons have you learned the hard way?