“The solution to violence in America is the acceptance of reality.”
― Gavin de Becker, The Gift of Fear: Survival Signals That Protect Us from Violence 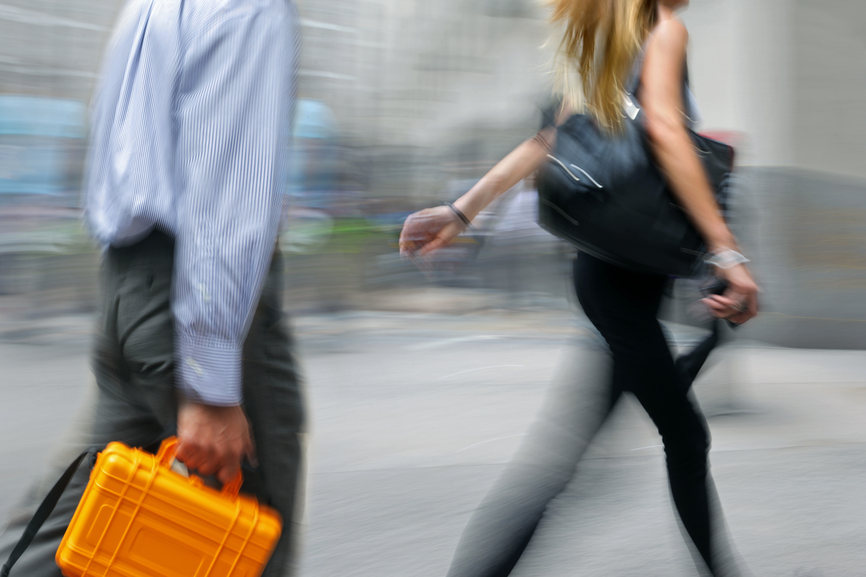 I first read The Gift of Fear after flowers arrived at my door from a man I could barely call an acquaintance. The enclosed card had a sentimental message and his phone number. Once I realized who the guy was, I felt an odd mix of emotions. Not only did I have a boyfriend at the time, the sender shouldn’t have known where I lived. I considered calling him to say, “Gosh, thanks, but…” (Ever heard the term Minnesota Nice? ;))

According to de Becker, a world-renowned expert on the prediction and management of violence, that’s the last thing I should have done, next to asking the guy out or proposing. The Gift of Fear taught me not only how to respond, but how lucky I’d been numerous times before—one time in particular.

I was living in midtown Manhattan and had just finished a long work day on the lower East side. I stepped onto the subway, eager to return to my apartment and swap my dress for sweats. My thoughts drifted miles away as the train prodded forward. Then I felt it: Eyes. Staring. Burning into my face like molten cigarettes.

It’s nothing, I told myself, then glanced up to see a man at the opposite end of the train car, his steely stare on me. He’s probably as spaced out as I am, I decided, though my insides quivered and chills coated my skin. One-thousand percent uncomfortable with our eye-lock, I looked away and shuffled my position to block his view. Soon, I was back in daydream oblivion.

After transferring trains twice, per my usual route, I exited and walked three blocks to my building. Once inside, I beelined for the elevator.

I spun around and nearly ran into the man from the subway. Had the guard not intervened, he would’ve entered the elevator with me. The sneak and I—alone in a locked, metal cube. Instead, he lost his wrestling match with the guard and landed back on the street.

This incident resurfaced again and again as I read The Gift of Fear. Had something worse resulted, I would have blamed the creepy dude—it’s never the victim’s fault, after all. But ‘right’ and ‘wrong’ matter little when our lives and safety are at stake.

“Intuition is always right in at least two important ways,” says de Becker. “It is always in response to something. It always has your best interest at heart.”

My intuition kicked in that night. But rather than trust my fears, I talked myself out of them.

Instincts are “natural or inherent aptitudes, impulses, or capacities,” according to Merriam-Webster. Unlike animals, who act upon their instincts with ease, we humans often reason ourselves out of responding. (I have no good reason to think he/she’s harmful. I’m just paranoid. I’ve watched too many Lifetime movies…) Intuition is the ability to understand something right away, without the need for conscious reasoning. (I just know it’s the right multiple choice answer; I can feel it.)

And although instincts and intuition can seem like supernatural silliness, they’re extremely scientific.

As we accumulate knowledge, our brains create what social scientist Herbert Simon PhD called chunks. Gradually, our brains link these chunks together and begins recognizing patterns—an act called “chunking.” When we observe familiar details, our brains see a larger composition—flashes we know as instincts or intuition.

Psychologist, David Myers PhD, author of Intuition, puts it another way. He says, “Gut instincts are mental shortcuts used to make a snap judgment based on experience and environment.”

And while we don’t need to know all of the details, why those gut feelings kick in, observing, respecting and responding to them can help save our lives.

Note: Since this post is part of my Lifesaving Resolutions series, I’m focusing on personal safety. But keep in mind that our instincts play an important role in everything from our book writing and publishing success to making wise purchases and dating decisions.

Steps Toward Trusting Your Instincts to Save Your Life

Purchase and read The Gift of Fear, if you haven’t. If you have, I suggest routine review—something I’m in the midst of doing.

Limit distractions when you’re alone in public, whether you’re walking to your car, jogging at the park or getting the mail. (Cell phones and iPods can make your inner voice inaudible. Or make it sound more like Beyoncé.)

If you sense that someone’s following you, de Becker suggests you turn and look them in the eyes. Then take mental notes on their appearance. Note their apparel, body size, ethnicity and age. Yelling the details of an impending attacker’s appearance can help by revealing your preparedness, etching the details into your mind and notifying others.

If someone creeps you out, chuck niceness out the window. In The Gift of Fear, de Becker makes a great point on this: A rational person will understand and not press if you turn them down for, say, a date. An irrational person, on the other hand, wants the attention—even negative. From “Wow, I really like you but I’m super busy right now,” the irrational person perceives that you’re into them, fixates only on the word “like.” And calling them up, even to say, “Leave me alone,” can be perceived as welcomed attention.

Never let a captor take you to a second location, even if he/she threatens you. Your chance of severe assault and injuries are far greater in a second location, such as the person’s home or car. And your chance of rescue drops significantly. To view police sergeant Sanford Strong’s insight on the tactic, check out Life-Saving Advice from the Oprah Winfrey Show. (Fab stuff!)

Use intuition as one, but not your only, tool. Instincts and intuition won’t pull out your mace and spray an offender, but they may prompt you to pull it out of your pocket. Keeping yourself out of high-risk places and situations, such as grocery store parking lots and public restrooms in the wee hours of the morning, lowers your risk of needing to rely on your instincts in the first place. In other words, listen to your “gut,” then guide with logic.

How do you think I responded to Flower Man? The first person to guess right will get a brand spankin’ new copy of The Gift of Fear.  Has following your instincts kept you out of harm’s way? Have you learned these lessons the hard way? Any thoughts on The Gift of Fear? I love hearing from you!
asdflkjaslkdf