Mixed-orientation marriage. Have you heard this term? It’s exactly what it sounds like: a marriage, or longterm romantic partnership, between peoples of different sexual orientations.

Some mixed orientation relationships work out really well. Others split up, but respect remains. The latest Girl Boner Radio episode features a far less fortunate scenario, to put it lightly—one in which the straight spouse, Aideen T. Finnola, endured deceit and abuse after growing up in an equally harmful religious cult.

Aideen is now an “unapologetic and empowered survivor,” a Martha Beck-certified life coach and author of the memoir, My Exquisite Purple Life. I loved chatting with her about her journey, ways purity culture impacts female sexuality, healing from difficulties in her troubled mixed orientation marriage and more.

In the episode, I also weighed in for a listener about sleep-gasms, then discussed persistent genital arousal disorder (PGAD) and pleasure when you have a chronic pain condition with the ever-awesome Dr. Megan Fleming.

Listen to the episode on iTunes, iHeartRadio, Spotify or right here:

August: I’m so fascinated by your journey and I have to say when I met you today in person, I had such a sense of radiance. You are a light and I don’t think people would guess, upon meeting you, all you’ve been through.

Aideen: You know, it’s funny because as an author I’m always promoting my book and sometimes it’s in the strangest of places—like going through the security line at an airport. And I will hand them my card and I always say to them, “Just go read the synopsis on the back. At the very least you will think to yourself, Wow. And she seemed so normal.” [laughs]

August: I love that you have a sense of humor about that. . . At what point did you realize that you’d been in a cult? I imagine if you’re in one, people aren’t saying, “Hey, welcome to the cult!”

Aideen: Yeah. That’s not a sales pitch that really gets anyone in the door. . .  My parents joined when I was eight and I left when I was in my early twenties. . . You don’t leave in one day, you know. It takes a little bit.

Interestingly enough, I don’t think that I identified it as a cult until I had left. So I didn’t leave because I one day thought, “Oh my gosh, whoops! I’m in a cult. I probably shouldn’t be in a cult.” You know, I just didn’t know.

What I did know was that it didn’t work for me.. . . I gave it everything I had and I followed all the rules and tried to embrace all of the teachings and everything. I mean, we were told “God blesses his faithful,” and we were the most faithful. To say that he didn’t deliver on that promise is like such an understatement. So that was what prompted me to leave. 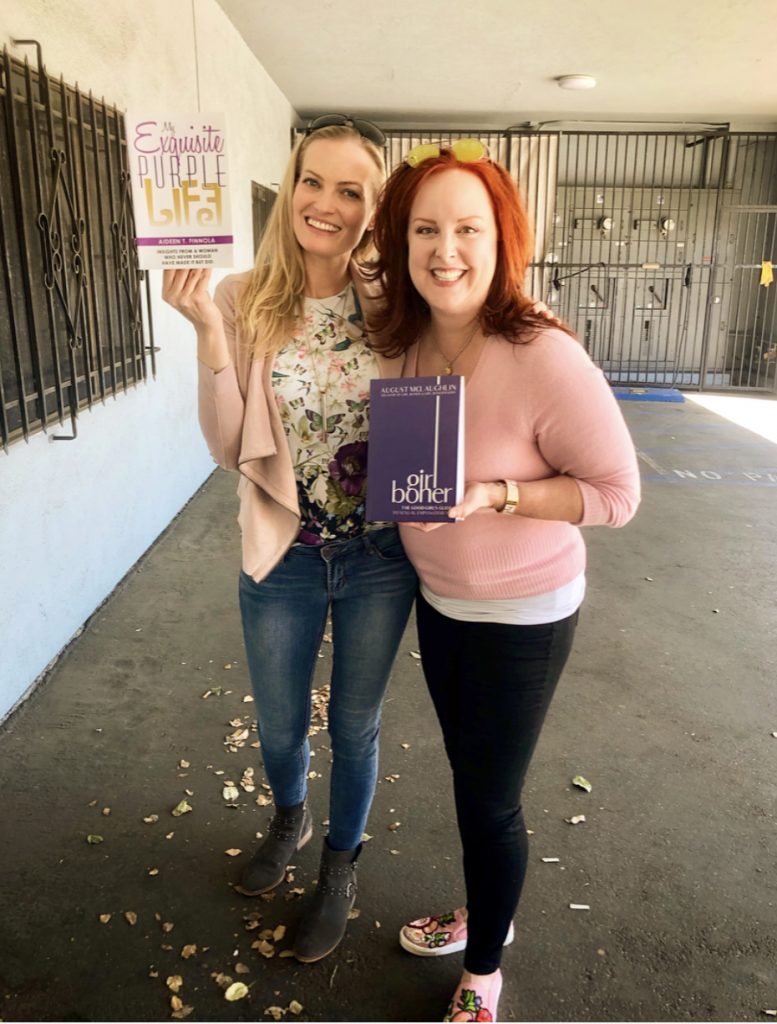 August: Looking back, what were some of the main things that stand out as red flags?

Aideen:  It’s hard to separate out, because at the time, it was my entire world. I do remember having this awareness that it wasn’t appropriate for my parents, as adults, to be deferring so much to someone else. . . They allowed the cult leaders to make decisions for them. . .the clothing that they wore, the house that they bought, the job that my father had. . . There was a lot of voyeurism and a ridiculous amount of controlling.

Somehow I had an awareness that that wasn’t appropriate, that adults should have more autonomy and responsibility for their lives. . . It was like trying to squash myself, the bigness of who I am, into this tiny, tight little spot.

August: What about from a sex and gender standpoint? What were some of the signs there?

Aideen: We had purity culture before it was called purity culture, and before people were making all kinds of money off of purity rings and promise plaques and all the rest of that. Gender roles were very, very rigid, very strict. There were two genders and we know which one was the better one. . . Men were to lead and women were to submit and follow.

I had a very full expression of my sexuality and my sex drive, and yet I was told that if I were a godly woman, which was something I never mastered, then I would not have any sex drive whatsoever. 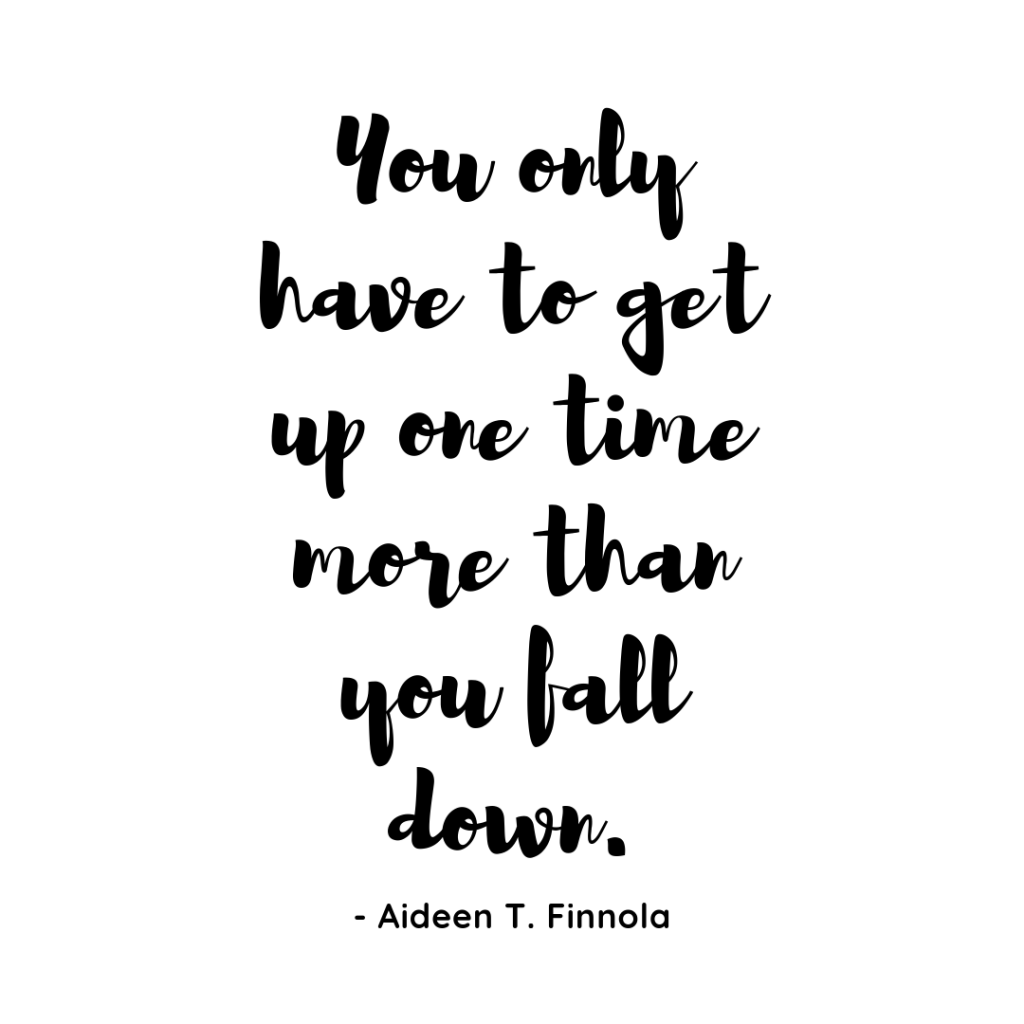 August: That’s so crazy, because obviously they expect you to have sex when you get married, right? It’s also very heteronormative, so you’re expected to marry a man. There’s no question that you’re both straight and there’s a presumption and expectation that you’ll procreate. . . What did you learn about marital sex?

Aideen: Were taught that sex was really only for the purpose of procreation and that men experienced pleasure in sex. . .that men were these lustful beasts that. . . And we were taught that women did not want sex and we and we didn’t enjoy sex either. There was never any discussion in the cult about orgasm or anything like that for women. But the thing was because men were saddled with this lust, we had to accommodate them and we were serving our husbands. Although they were sure that we wouldn’t enjoy it, we had to do it anyway, because that was our wifely duty, etcetera.

August: It’s so interesting because according to these kinds of teachings, why would anyone create two genders that are supposed to be together and one has uncontrollable lust and the other one doesn’t want any sex? That doesn’t make sense from a practical or evolutionary standpoint. . . Were you allowed to date?

Aideen: No, no. Because dating was the gateway to sex, and sex was only for procreation and had to occur within marriage. . .  I never had the experience where one kiss was enough and it was an end in and of itself and it was a self-contained experience, because sex was attached to marriage and procreation. . .  My parents like surgically removed my adolescents.

So here I am at 21. I was so ready to go. I was like, eternal damnation be damned! And I think about this poor man who really never wanted to be kissing a woman.

August: Your ex-husband knew his gayness, but denied it, right?

I was ready to go all the way. . . But I thought he was being so noble [in having us wait to have sex]—like, “Damn, he’s like stronger than me!” Now, of course, I understand he was putting it off for as long as he possibly could. That he was deeply dreading having sex with a woman.

Learn much more about Aideen’s journey—how she found healing and cultivated a renewed, vibrant sense of herself and her sexuality—by streaming the episode above! Or search for Girl Boner Radio wherever you listen to podcasts.