“Your attitude, not your aptitude, will determine your altitude.” — Zig Ziglar

Like many bohemians, I’ve had my share of odd jobs. One of my oddest gigs, playing a semi-voluptuous graduate student in a functioning morgue, introduced me to a man with a job far odder.

This Labor Day, I thought I’d share a story I posted last fall and revamped for today. While not Girl Boner specific, it’s definitely related! (In fact, I should track the guy down for an interview…)

I should’ve known from the audition just how unusual the job would be. “Imagine you’re standing over a dead guy and he gets an erection,” the casting director prompted me.

I’m sort of glad I couldn’t use recall as inspiration. Regardless, I managed to land the role. (Woo hoo! Like who gets to add Dead Guy Boner Gal to their resume???)

I played a grad student in a physiology course, studying a cadaver with a group of classmates. Lucky for us all, we shot it in a fully operational morgue. *nose-quiver*

The premise: Before “Joe” became a cadaver, he’d consumed a GoFast energy drink. As I bent over the body in my low-cut scrubs, Joe’s penis gave my chest a firm salute. That’s right, friends! GoFast energy drinks keep one excitable, even postmortem.

The star of the set, in my opinion, wasn’t me, the other actors or even Joe’s elevating member. It was the penis operator.

I don’t remember the man’s name, but I recall his attitude. He not only operated but created the remote control penis precisely for such purposes. Throughout the shoot, he sat off-camera like a professional fisherman awaiting the next nibble. Then he’d spring into action, pushing buttons to stimulate the punchline fodder: SCHWING! Penisus erectus!

He didn’t laugh, make crude jokes, blush or show off. He stayed focused, taking pride in his work yet staying humble, and between shots was more than happy to answer a certain curious actress’s multitude of questions. (You’d be amazed at just how handy an erectile contraption can be in Tinseltown.) In a word, he was gracious. 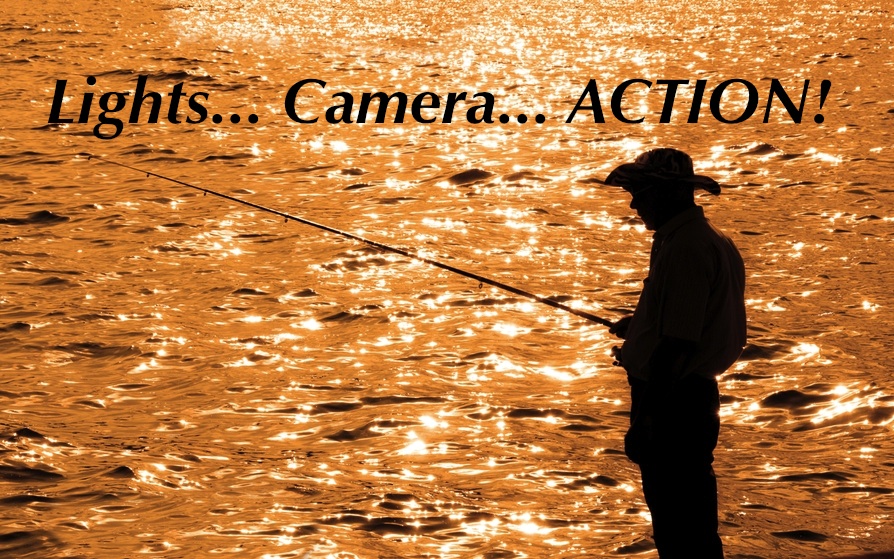 There were numerous complainers on set, for understandable reasons. The place stunk of embalming fluid and who knows what else. There were actual corpses throughout the premise, and I’m pretty sure I spotted a bloody bra. Another actress nearly fainted about 17 times, and a few crew members were too nauseous to eat. But Mr. Penis Operator never faltered. Sporting a genuine smile, he stayed braced almost zen-like throughout the day for, er—action.

I know what some of you are thinking: How could a penis operator not feel happy? Ecstatic, even? He was in charge of the starring wang, after all, and Hollywood’s premier erection conductor! Well imagine sitting still in a stinky, weirdly lit corpse-cooler for hours on end, waiting to push a button then being scolded for being a half-millisecond off. Believe it or not, it’s not as sexy as it sounds.

When the director called wrap, the Happy Penis Operator smiled, thanked us all and left, probably eager to spend time with his wife and grandkids I’d learned about. The arguably most crucial member of the commercial gained the least amount of glory and praise. I hope he was paid well. I also hope he discusses his job at his grandkids’ school on Career Day. (Can you imagine???) Regardless, the experience and his strength of character have stuck with me.

As they say in theatrics, there are no small parts! (Put another way, size doesn’t matter.) I think the same holds true in our careers. Not all of our work will be glamorous or pleasant. But if we do what we love and love what we do, with chins up and hearts open, we’ll very likely go far. More importantly, we’ll be better able to savor the journey.

Before writing this post, I hadn’t seen this video—yet another perk of blogging. Thanks to YouTube, I can invite you to to sit back, relax and enjoy the show! Have a giggle and let it be a lesson to all: Do not walk or drive mindlessly. As for stimulant use, I’ll save that for another post.

Who’s YOUR penis operator? Ummm… Let me rephrase. Have you encountered someone with an unusual or unpleasant job whose attitude rocks? Do you find it easy to stay positive through the grunt work?