If you have a penis, there’s a roughly 9 percent chance that you’ll develop Peyronie’s disease, according to some estimates. Yet relatively few people know what the condition even is.

Characterized by curved and painful erections, Peyronie’s disease happens when scar tissue—aka plaque—builds up in tissue in the penis that allows for erections. Symptoms range in severity and can progress over time, sometimes leading to lasting deformity and sexual dysfunction. Thankfully, multiple treatments are available. The sooner you seek it once symptoms set in, the better.

I recently had the pleasure of chatting with Don Cummings, author of Bent But Not Broken, a brilliant memoir that details his experience with Peyronie’s disease. Don’s honesty and frankness about often stigmatized topics, from genitalia to sexual pain, make his work especially important and impactful.

Stream our chat on Apple Podcasts, iHeartRadio, Spotify or below! Or search for Girl Boner Radio on your favorite podcast app. Read on for some of my favorite takeaways.

It can bring a sense of loss.

Like many significant changes in our health and wellbeing, Peyronie’s disease can bring about a sense of loss. Don’s memoir illustrates this beautifully, exploring childhood memories of innocent curiosity about sex and penises to flings and relationships later on. For much of his adulthood, he readily delighted in sex for the sheer pleasure of it and to cope with rejection, he said, the way “some people use chocolate cake.” Then in his late forties, his penis changed. Erections hurt, then curved to the right. And his life began changing, too.

“I definitely identified with being sexual and being attractive and knowing that I could go to a convention or a hotel and someone would like me and we could hook up. I liked all that. So that is loss,” he shared in our chat. “And then I felt just a general bad about myself. I was just not going to be as desired… I was an actor. Obviously I’m someone who liked to be watched and listened to—I’m not even so proud of that stuff. But definitely I’m someone who, for whatever reason, got attention, enjoyed attention and I was really upset when that was perceived as going away. And truthfully, it did go away.”

Thanks to early treatment, Don’s symptoms eventually diminished. His penis is now nearly straight, he said, almost back to its original girth and functions really well. Hopefully many more people, particularly straight men with Peyronie’s disease, will follow suit.

“The doctor said gay men who have Peyronie’s disease come in sooner than straight men, because gay men are more identified with their penises,” he said, adding that, in general, “guys will wait a long time. They’ll wait so long that it can’t be treated.”

While in some cases, mild Peyronie’s disease symptoms go away on their own, they often worsen, leading to increased pain and sexual problems. Left untreated, you can end up with permanent deformity. So it’s far better to see a doctor early than to wait and see on your own. 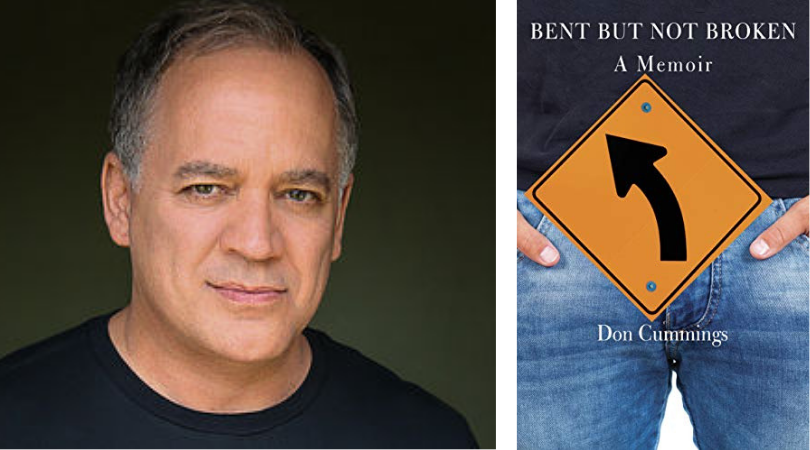 Treatment can be a breeze, compared to your symptoms.

While it wasn’t yet available when Don was diagnosed, the prescription medication Xiaflex is now often used to treat Peryonie’s disease. Don’s regimen involved other available methods, including verapamil injections at the clinic and use of an Andropenis “penis stretcher”—basically a traction device—at home.

I imagine fear around treatment keeps some folks from getting the care they need, so I loved hearing from Don that any discomfort was tolerable and far outweighed by the benefits.

“I was so relieved that I was getting the treatment that once the Lidocaine numbing wore off, about two hours later when I was at home—yeah, it felt like someone was in there stabbing around in my penis,” he said with a laugh. “But it’s a small-gauge needle. It’s not like they’re in there with a hacksaw. What I liked was, after each treatment, very much, you feel looser. You feel you have been released some. And more than anything, the psychological relief of ‘Oh, my penis is hanging better. It’s not being pulled up from my body from the scar tissue. Oh, this feels better.’ That totally out-shined the soreness, which was minor.”

Other Peyronie’s treatment options include various dietary supplements and, for severe or long-lasting cases, surgery.

You might end up healing more than your penis.

You may end up healing more than your penis, as you go through the journey of Peyronie’s disease. Like many sexual health conditions, it’s likely to impact your sense of self, emotional wellness and relationships, making things rocky—or rockier—with a partner. But as we’ve explored before on Girl Boner Radio, difficulty can set the stage for growth and healing and vulnerability can spark positive change.

That’s exactly what happened for Don, who considers the emotional aspects of Peyronie’s disease and concerns over its impact on his partner, Adam, the most trying. On top of dealing with his symptoms, diagnosis and treatment, he lost a dream career opportunity. His moods suffered and, although he wasn’t suicidal, he “just kind of hated living.” Realizing he couldn’t manage it all on his own, he sought therapy, which brought light to deeper emotional wounds at play. 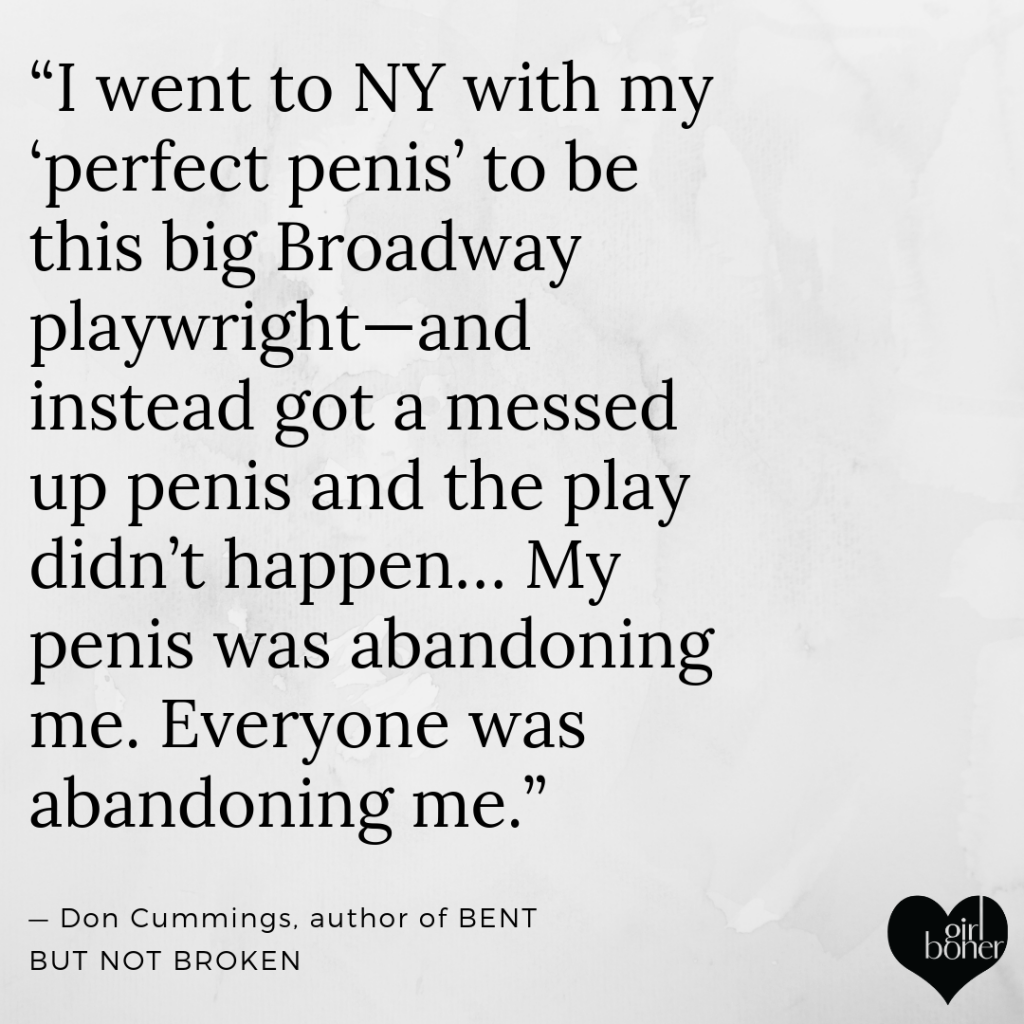 For Don and Adam, Peyronie’s disease served as a sort of a wakeup call that pushed other lingering issues to the forefront, forcing them to look within themselves and have difficult conversations. At one point, collective challenges nearly spurred a breakup. Instead they stuck it out and grew closer, which led to the decision to get married.

Above all, Don hopes people who read his book will glean this message: “Stay honest, stay sexy and stay healthy… However sexy you are, be that sexy. And stay as healthy as you can stay. And I do think that honesty is the first one, because I think you have to be honest about yourself and everyone else in order to be sexy and healthy.”

Learn much more about Don’s journey and Peyronie’s disease in our Girl Boner Radio chat here or wherever you listen to podcasts. The episode also features thoughts from Dr. Megan Fleming, for a listener who has interstitial cystitis and would like to feel less anxiety and more desire around sex.

Learn more about Don Cummings and Bent But Not Broken at doncummings.net.