Imagine being fully defined by how sexually “pure” you are. Or maybe you don’t have to imagine…

We’ve probably all absorbed this type of messaging in some way. And while the notion can seem a bit archaic, a whole purity movement and industry cropped up in the 1990s in evangelical Christian communities, and we’re still seeing its effects today. Purity rings, purity pledges, purity balls… Sound familiar?

Purity culture teaches that girls and women are responsible for boys’ and men’s “sexual sins.” Women’s bodies are blamed for men’s lust, yet women shouldn’t—or simply don’t—experience sexual desire, it instructs, and a gal’s virginity is her most valuable asset. It’s also a very binary, heteronormative school of thought, often discriminating against trans, non-binary, intersex and queer-identifying people.

And these messages literally traumatize people, bringing about everything from deep shame and sexual dysfunction to symptoms that mimic PTSD. I’ve learned a great deal about all of this, thanks to Linda Kay Klein, author of PURE: Inside the Evangelical Movement That Shamed a Generation of Young Women and How I Broke Free. Linda and her book are brilliant, and I’m so grateful we had the chance to chat! 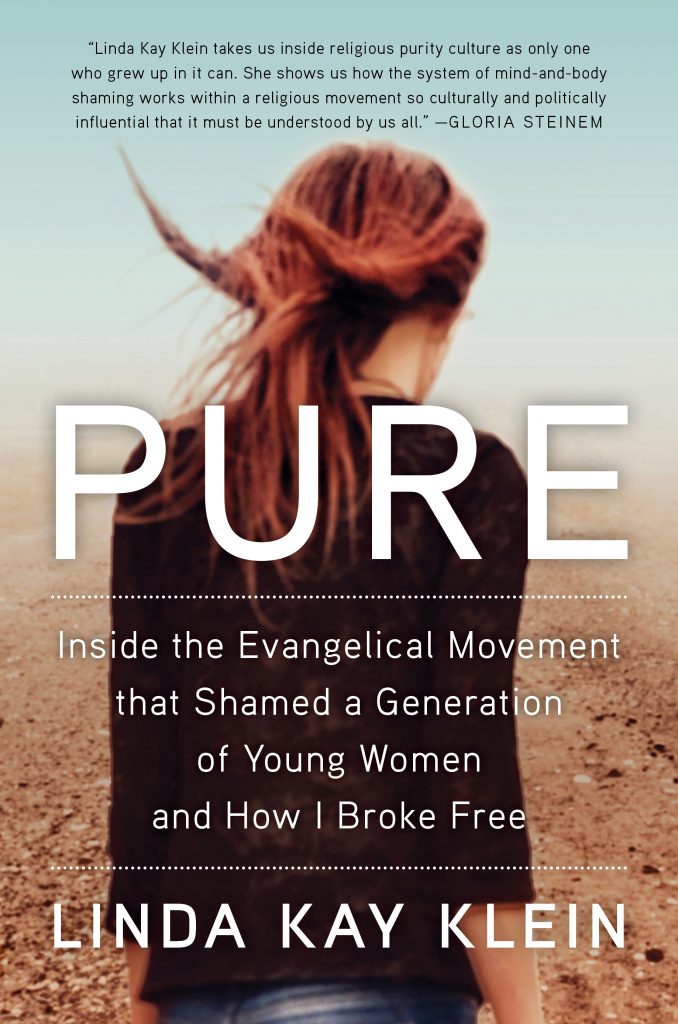 During our Girl Boner Radio interview, Linda shared values within the evangelical community she loved, such as radical love, acceptance and hospitality, as well as challenges she and countless others have experienced due to purity culture’s messages about gender and sexuality. In Linda’s experience, some of these messages seemed in stark contrast to societal notions about sex.

“The evangelical church told me that I could say ‘no.’ I could say ‘no’ to someone wanting to be sexual with me,” she said. “Unfortunately, I was not empowered to say ‘yes.’ But I feel like in secular society, I often learned I was empowered to to say ‘yes’ and I didn’t learn that I was empowered to say ‘no.’ There was an expectation of sexuality in the secular world and there was an expectation of non-sexuality in the religious world. So both gave me one end of freedom and both stripped me of the other end of freedom and ultimately both stripped me of choice.”

Thankfully, Linda has found significant healing, largely through speaking to many of her peers who relate to her journey and eventually authoring Pure. And she hasn’t lost her faith in the process.

To sign up for The League of Extraordinary Couples event Dr. Megan Fleming is a part of for FREE, click here!