Home • Life • The Butler: How A Little Gumption Can Change the World

It can also land you some seriously awesome candy… 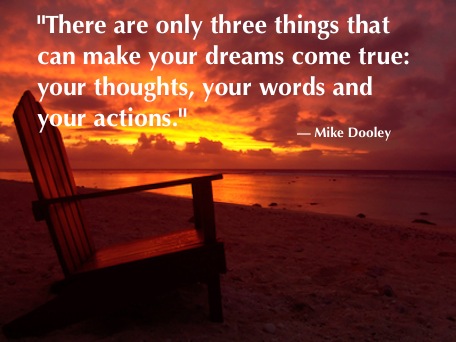 Have you see Lee Daniels’ The Butler? If not, I highly recommend it. While many movies quickly blur into the background of our busy lives, The Butler is one I doubt I’ll forget. Multiple film websites describe it as “the story of a White House butler who served eight American presidents over three decades…from the civil rights movement to Vietnam and beyond, and how those changes affected this man’s life and family.” I would’ve described it differently. What struck me most about the mostly true story wasn’t the impact history-in-the-making had on one man and his kin, but the impact one person can have on the world.

From childhood on, the main character Cecil Gaines (played by Forest Whitaker) makes bold decisions to better his life and his family’s. Over time, these decisions, paired with his primo integrity and work ethic, have a positive impact on countless others—including numerous presidents. He meanwhile raises two sons who contribute to the world in very different, important ways.

I don’t want to spoil the film for those who haven’t seen it, so instead I’m going to talk about one of its central themes (IMO): GUMPTION.

After seeing The Butler, I thought back to the first time I recall demonstrating gumption. I was five or six years old and really wanted some candy. (I never said it was noble! LOL) It was the middle of a hot, sticky summer in Minnesota and I knew that “Old Man Charlie” who lived at the end of our street had lots of sweets; I’d seen him nibbling from a candy dish on his porch many times. So that day, I walked straight up to his door and rang his bell. When he appeared, I politely asked for a piece. He barely said a word. In fact, I think he just mumbled and shook his head, shooing me off with his hand.

Not fair! Okay, maybe it was. But now I wanted candy even more. After a few frustrated moments, I had an idea.

Rather than seek alternate remedies for my sugar cravings, I rushed home and donned a Halloween costume. Suited up like Bozo-ette the clown, I marched back to Charlie’s door. When he opened it, I yelped, “Trick or treat!” He gave me a strange look, laughed and then handed me a full bag of candy.

That memory has always stuck with me—because it’s so darn goofy, I’ve figured. But perhaps there’s another reason. The experience taught me important lessons, which I’ve been applying somewhat routinely since: It never hurts to ask and taking initiative eventually pays off. If we persevere, we just might gain far more than we’d hoped for.

I’m sure that my heart pounded a bit as I walked up to Old Charlie’s door; he wasn’t exactly the warm and fuzzy type. I’m also fairly certain that the candy tasted better, knowing that I’d strategized and worked for it. In other words, fear shouldn’t hold us back, and hardship might make the rewards sweeter.

The same applies to loftier pursuits. No matter what our age, gumption can change the world. I sincerely believe that. It’s what motivates me to work my behinder off in my creative and social pursuits and do everything I can to make Girl Boner land an empowering, ever-expanding place. I also believe that we’re given passion for a reason, and that it’s our responsibility as capable human beings to act on it. I know I’m far from alone in these  habits and beliefs… And while they may seem fairly basic, I think we can all use the occasional reminder. I’m grateful to The Butler for that.

When did you demonstrate gusto as a kid? How about lately? Any plans to act on dreams in the future? Who’s the most gumptious (totally made that word up) person you know? I love hearing your thoughts. ♥