I agree that females should have more than skin-tight, ultra short and otherwise provocative costume options—particularly girls, who commonly feel sexually objectified as early as age six, according to studies. But I loathe conversations that depict female sexuality in a negative light.

Halloween allows us to dress up in ways society typically says, “Don’t!” Some psychologists theorize that costumes allow us to reveal parts of ourselves generally considered taboo or worth hiding. Female sexuality is sadly a frequent biggie. Does that make revealing costumes wrong? Not remotely. Feeling permitted to express or embrace our sexuality as we see fit only once a year—as many women do? That’s a problem, and a sign of how far we’ve yet to come as a society regarding these issues.

I personally felt just as womanly and empowered in my Cat Woman costume as I do in this year’s Rosie the Riveter garb. How about you? 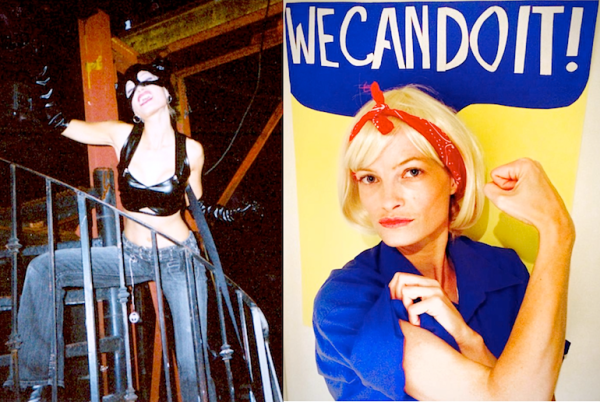 How do you choose Halloween costumes? What apparel makes you feel sexy? Any thoughts on slut-shaming around Halloween or any time? I love hearing from you!