“No matter what anybody tells you, words and ideas can change the world.” — John Keating, played by Robin Williams in Dead Poets Society

As we mourn the loss of Robin Williams, I want to honor his family’s wishes and focus most on the tremendous gift he and his brilliance were and will remain. While I’ll remember him most for his artistry, I also feel compelled to speak up on the disease that took him.

Major depression affects an estimated 16 million adults in the U.S., making it one of the most common mental disorders. Episodes can last weeks or more, interfering with your ability to sleep, eat, work and enjoy life. While it may only flare up once in your lifetime, several episodes are more common. Other forms of depression are less severe, longer lasting, seasonal or triggered by specific events, such as childbirth—but all cause a seemingly unfixable emptiness and can lead to suicidal thoughts and behaviors. Going far beyond the blahs, depression is an intense apathy and hopelessness no one who’s been there would wish upon another. I certainly wouldn’t.

In my case, depression led to a severe eating disorder. Though I was never technically suicidal, I knew more than once that death was possible, or even probable—and more than once, I didn’t care. But I was lucky. My near-fatal experiences took turns for the better, and I kept hoping amid hopelessness that one day life wouldn’t feel so hard. I also knew what it was like to nearly lose someone to depression, because my mother had come close during my teens. My family’s potential pain paired with her courageous fight, which she won, gave me strength to keep breathing. 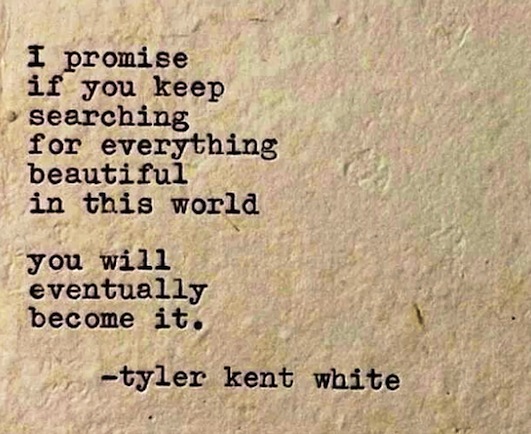 My parents taught me and my siblings that mental illness wasn’t shameful, but a disease like any other that required treatment. So once I recognized that I indeed had depression and anorexia, embracing treatment was a given. For many months, I thought I wasn’t making any progress, but my therapist disagreed. Talking helped, even when my words seemed senseless; when you’re a sensitive extrovert, as I am, the isolation depression invites was a double-edged sword. My own form of music therapy, expressing my thoughts and feelings through song, brought profound healing, as did adopting and caring for my first dog. Every step forward drew me closer to freedom, and as the clouds began to clear, passions and purpose sprung forth. In the last decade, I’ve only had one major depression episode and for the past six years, I’ve been depression-free. But I don’t take that for granted. When a lower backache pairs with low feelings (my personal cues), I know it’s time to seek preventative care.

I wish I could say why some people are able to move past or learn to cope with depression, while others are swallowed whole. All I know for sure is that there is reason to hope, even when hope seems like a faraway fairytale—and that seeking help is always worthwhile. Here are some of the steps that helped me in my own battle with depression. They aren’t easy by any stretch, but they are worthwhile.

5 Ways to Cultivate Hope and Healing

1. Do away with shame. As I mentioned, I was fortunate to learn early on that mental illness isn’t shame-worthy. I wish this wasn’t uncommon, particularly for men. Males are seldom encouraged to embrace their sensitivity or discuss their emotions in our culture, which is one reason that while depression is more prevalent in women, men are less likely to seek help and more likely to turn to drugs, alcohol and suicide. Contrary to common belief, people with depression aren’t lazy or selfish; they need help. The earlier it’s sought, the better—but it’s never too late.

2. Don’t try to measure it. When I was diagnosed, my initial thought was, “I’m not sad enough!” I laughed and smiled occasionally, so how I could be depressed? “Depressed people laugh and smile,” my therapist told me. “And not all consider suicide.” Like many artists, Williams said that his humor often sprung forth during dark times; though creative expression and humor can help, one doesn’t cancel out the other. Depressive symptoms are worth addressing, regardless of the intensity. The same goes for disordered eating thoughts and behaviors.

3. Embrace your body and sexuality. While some depression is rooted in genetics and brain chemistry, our brain chemistry and emotional wellness are deeply influenced by how we feel about ourselves and damaged when our sexuality is suppressed. I personally believe that cultural beliefs and myths about sexuality that demean women, encouraging us to perceive sex as “dirty,” “naughty” and namely a “guy thing” are a significant reason depression affects more women than men. Cultivating positive body image and sexual self-esteem played a huge role in my own recovery, while instilling a sense of purpose and empowerment that has safeguarded me from relapses.

4. Do whatever you can to eat and sleep well. This is a tricky one, because self-care is often the first thing to plummet when depression sets in. Whatever you can manage, however, is worth the effort. For over eight years, I taught nutrition in- and outpatient therapy for individuals grappling with depressive disorders. The overwhelming majority ate and slept very poorly prior to treatment (which also involved psychotherapy and, often, medications). Even if all you can manage is drinking smoothies for every meal instead of skipping them, do it. The malnourished brain becomes depressed, agitated, hopeless and unable to rest, even in a depression-free person. Sleep loss causes similar symptoms.

5. Don’t be afraid to seek help. Depression lies, telling you that you can never heal and the world would be better off without you. Neither is true. If hearing of Robin Williams’ passing has you wondering how you can move forward when someone as brilliant as he couldn’t, know this: he was just as human as the rest of us. People move past and learn to cope with depression and related disorders every day, finding unimaginable fulfillment. What if healing means that you’ll find yours life’s purpose and inspire others to do the same? Having experienced it myself and witnessed it in others, I can assure you that it’s possible. Once you do find healing, I hope you’ll let others know that Robin Williams inspired you to find the help you needed and deserved. If anything could make him smile down from the hereafter, I imagine it would be that.

I asked friends to contribute thoughts on their own experience with overcoming or learning to cope with depression. Here’s what they had to say:

“Depression can’t be battled alone! It needs a team of people supporting you and focus in the blessings in life and be grateful. It is hard work, but it is worth it!” – Laura

“I lost my thyroid to cancer thirty years ago. When my thyroid levels are off, I get depressed. I long ago learned that if I ever feel suicidal because I burned dinner, I should get my thyroid checked before acting on that emotion.” – anonymous

“Exercise helps a bit but when you’re depressed it is hard to get going, if not impossible. Sometimes just getting out of bed takes every bit of strength. I found that if I get outside and move around, go down to the ocean or exercise it helps but must be consistent. I battle this every day, and more so since my friend who was battling depression passed away in June.” – Janelle

“Picturing the deep, black hole… And not wanting to go down there…” – Karen

“My first husband and I used to joke that, ‘Suicide is taking one’s own life . . . entirely too seriously.’ When I lost him to mental illness, I was severely depressed. Not killing myself was a completely dispassionate choice that I made each morning, and it was neither here nor there to me if I lived through the day. Each day, I chose to live because I didn’t beat cancer to off myself. I also didn’t want to ever be accused of taking myself too seriously.” – anonymous

“It takes all of us practicing loving behavior towards all. Kindness is a ‘pay it forward’ activity. And we never know who is suffering silently around us.” – Roni

“…my faith saved me. I definitely needed love, and have supportive family and friends. I agree about exercise—it can be a remedy.” – Susie

“One of the ways I deal with my depression is being really open about it. I don’t believe in stigma, and I’ve found that being open relieves some of my internal downward-cycling pressure. Plus, you’d be surprised how many people suffer from depression or know someone who does.” – Lisa

“What helped me get on a better path was acknowledging that I was depressed, and then accepting that I could not do this alone. I needed help. It was a very hard step to take but one that I will never regret…  I’m learning that I need to give myself credit for the little things and not be so critical of the big things that I just can’t do right now.” – Jennifer

Depression and Robin Williams: It’s No Hoax by Karen (The Missing Niche)

One more thought for those who are suffering:

I’ve known many people with mental illness, some of whom have lost their battle and more who have gone on to thrive. In addition to sharing similar struggles, they share beautiful sensitivity and heart I’ve seldom seen elsewhere. Once you move past such a disorder or learn to better manage your symptoms, it can become a tremendous gift. I know that’s tough to believe in the throes of it, but trust me: beauty springs from pain, endurance and even defeat. Please don’t let an illness keep you from recognizing how spectacular you are. ♥