Not long after my book released, I ran into an acquaintance in Hollywood. “I saw your book on Amazon,” he said. “Sorry about the reviews. Man, that must suck!” (Geez. Nice seeing you, too!) At the time, I had two critical reviews, and over 20 positive. If there’s one thing we can be certain of about reviews, it’s that the doozies will stand out.

A friend and fellow writer recently asked me how I deal with bad reviews. I’m so glad she did, as I consider myself somewhat of an expert. ;) I’ve likened my brain to a teflon pan when it comes to rejection and criticism, thanks to my acting and modeling days. I learned early on that my job was simply to do my best, and view gigs and pay as frosting that would eventually come if I kept at it. I still believe that.

I expected some harsh reviews and mixed feelings on my novel. I write about controversial topics in arguably unconventional ways. Writing the stories I’m compelled to write matters more to me than writing a “safe” book, or aiming to please the masses. I seem tough, right? Grrr… I can deal! 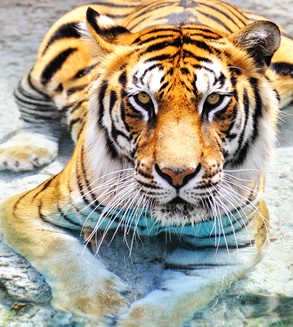 Well, usually. I let a couple of reviews bother me early on. One, in particular, seemed snarky and cutting. Like obsessing over a tiny blemish on an otherwise blemish-free face, they seemed to grow and fester. “It’s all anyone will see!” No, but…

Let’s face it. There are some seriously sucky aspects of bad reviews. They affect us and others more than they should, stand out like snowmen on a balmy beach to anyone looking (geez, enough with the analogies!) and have the capacity to hurt longer and more deeply than positive reviews feel good. Blah humbug! So what can we do?

Plenty, in my opinion. I’ve found that a little perspective check can go a long way toward thriving amidst what can feel like a rotten tomato-throwing war.

1. We all get them. The more reviews we gather and books we sell, the more likely bad reviews become. It’s generally part of the deal, and shouldn’t make us less like authors, but more.

2. Many of the most celebrated books gain a significant amount of bad reviews. Based on Amazon.com reader reviews:

Girl with the Dragon Tattoo, by Stieg Larrson
4,107 reviews, 800 critical

3. Many bad reviews are badly written. Nothing against people with lower IQs or limited literature savvy, but I appreciate the fact that many of the best reviews I’ve read (of my own book and others) are well-written critiques, composed by sharp and prestigious reviewers. Snobby? Maybe. But it helps.

4. The “star” system is flawed. Do you know what the 5 star levels specifically represent on Amazon? No one does, because it’s different for everyone. The layperson  could simply be having a bad day, see the star system differently than we do (consider ‘5’ the best book they’ve ever read, for example), or misuse it entirely.

5. Some bad reviews are better than none, and bad ones may even help. People tend to review books they love or hate, which isn’t necessarily negative. Numerous studies have shown that bad publicity boosts book sales—familiarity and popularity being bigger contributors to consumer decisions.

6. Price-drop promos make bad reviews more likely. When we run a price special, some folks will nab it simply because it’s cheap or free. They may not read romance novels, for example, but download yours for free, dislike it solely because of the genre, then blast away in a review. Frustrating, yes, but it’s nothing personal or worth beating ourselves up over.

(**The promotions are still worth it—trust me. It’s easy to focus on the bad reviews that evolve afterward. Focus instead on the increased downloads and positive reviews that arise.)

7. At the end of the day, they don’t really matter. My agent hasn’t seemed to care about poor reader reviews, nor have publishers who’ve picked up indie authors for mega-contracts, production companies that choose novels to base films on, or loyal readers, lovers, friends, plants or pets. If anything, beloved fans will probably root for us even more—and possibly bake us cookies.

(That’s my Minnesotan/optimist way of saying, turn rotten reviews into something positive, and don’t let them matter more than condiments do within a healthy diet. Even Minnesotans don’t serve ketchup as a main dish. Ew.)

Do you read all of your reviews? How do you deal with the bad ones? Any tips to add? I always dig your thoughts.