Home • Body image • Bravery for Breakfast: The “Small” Acts That Change Our Lives

Numerous others told me how brave I was for openly discussing sexuality. I appreciate that sentiment, trust me—but to me, Girl Boner® has always felt natural and exciting. So while I’ve certainly had my share of giddy butterflies along the way, I’m not sure brave is the term I’d use.

There are many definitions of brave: possessing or fearless, exhibiting courage, daring beyond discretion, to defy. To me, brave doesn’t mean an absence of fear, but moving forward in spite of it. A brave soul lets something greater than fearfulness drive them, often accepting scariness as part of the deal.

I’ll tell you about a time I really felt heroic.

I was in my early twenties, and had decided to turn my life around amid my struggle with a severe eating disorder. I’m not talking about the day I collapsed in Paris many of you are familiar with, but the morning I woke up after an intense binge, having consumed enough to feed a small family for a full day in one sitting. Stomach distended and palms sweating, I sat at the kitchen table with a bowl of cereal, struggling to put spoon after spoon in my mouth, reminding myself of the commitment I’d made the night before:

I won’t let you live this way anymore… Try something new.

To end the binging/starving cycle and heal from the disorder that ruled my every moment, I knew I had to wake up that morning and eat a post-binge breakfast. No attempts to “compensate” through starving. No excessive, self-punishing exercise. Just…breakfast. The seemingly simple act billions of people around the world do daily without much thought seemed to shatter my heart that day, as much as it would begin to make it whole again.

Forcing thoughts of I love you…You’re going to be okay, I made it through the meal I, for once, hadn’t measured or over-analyzed, finding a smidgen of light on the other side. It would take months (upon months) of such efforts, but eventually the “love” I’d professed felt authentic and I wasn’t merely okay, but more vibrantly alive.

Not long after, I began to recognize the link between my body image issues and a lack of sexual empowerment, changing the course of my life and eventually leading me to Girl Boner®. I can’t help but wonder what would’ve happened had I let E.D. win and skipped that meal that day. Sometimes it’s the seemingly smallest of steps that have the most profound impact.

I’ve had bravery on my mind a lot lately, much thanks to some very special women.

Very soon, I’ll release my first non-fiction book, Embraceable: Empowering Facts and True Stories About Women’s Sexuality. It features not only my own story of self, body and sexual embracement, but those of over fifteen other women who’ve fought their way to the same.

One common thread throughout the book is bravery. It’s tragic to me that embracing our full selves—including our sexuality—has become such a rare and bold act, particularly considering the devastation that can derive if we never do so. All of this, I feel, makes this book and these women’s stories particularly important.

I can’t thank you all enough for sharing in my Girl Boner® journey thus far, and hope you’ll stay tuned for more details on the book. In the meantime, as the incredible author Cheryl Strayed shared at an event last week—on Girl Boner®’s third birthday, as chance or fate would have it—stay brave! I’m cheering for each and every one of you. ♥ 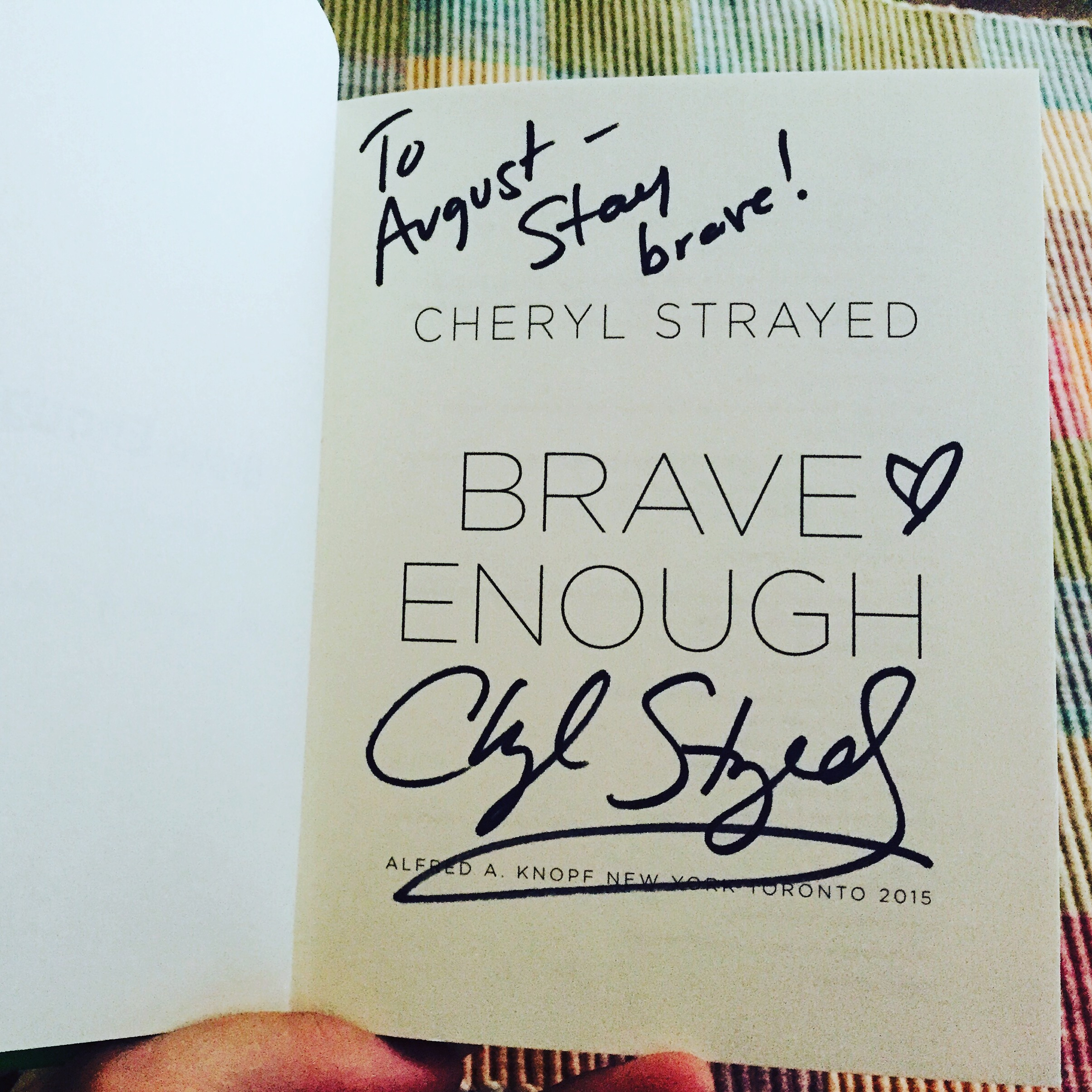 When have you felt brave? Has a seemingly “small” act made a huge different in your life? If so, I’d love to hear about it!