David Freed is a screenwriter, Pulitzer Prize winning investigative journalist, pilot, father and dog lover with a passion for Mexican food and “virtually all things with wings”. He’s also one of my new favorite authors. David’s debut thriller, Flat Spin, is a witty, entertaining tale chock-full of captivating characters that never lets go. The Library Journal called it “a delightful romp” and “highly recommended.” Kirkus Reviews said it’s “full of interesting episodes and feels authentic…” TRUE THAT, says me.

Based in sunny Rancho Bonita – “California’s Monaco” as the city’s moneyed minions like to call it – Cordell Logan is a literate, sardonic flight instructor and aspiring Buddhist with dwindling savings and a shadowy past. When his beautiful ex-wife, Savannah, shows up out of the blue to tell him that her husband has been murdered in Los Angeles, Logan is quietly pleased. Savannah’s late husband, after all, is Arlo Echevarria, the man she left Logan for.

Logan and Echevarria were once comrades-in-arms assigned to a top-secret military assassination team known as “Alpha.” The only problem is, the LAPD can find no record of Echevarrias ever having toiled for Uncle Sam. Savannah wants Logan to tell the police what he knows. At first he refuses, but then, relying on his small, aging airplane, the “Ruptured Duck,” and the skills he honed working for Alpha, Logan doggedly hunts Echevarria’s killer.

His trail takes him from the glitzy Las Vegas Strip to the most dangerous ghettos of inner-city Oakland, from darkened, Russian Mafia haunts in West Los Angeles to the deserts of Arizona. But that’s the least of his problems. It is his love-hate relationship with Savannah, a woman Logan continues to pine for in spite of himself, that threatens to consume him.

Sounds thrilling, right??? Well, I have more good news. David is here with us today, in the form of his insight. Grab your favorite beverage and take a seat. I suspect you’ll want to take the time to savor what he has to say. 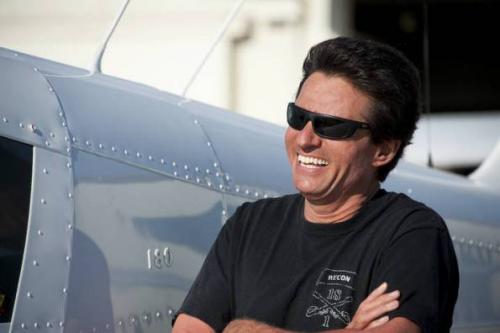 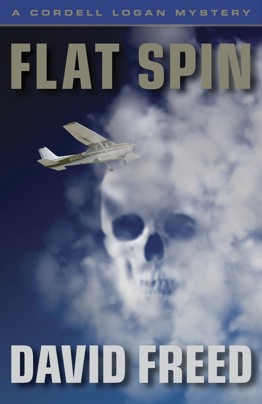 AM: First, congratulations on your book release! How does it feel to have your first thriller published? What was launch day/week like for you?

DF: Thanks, August. The experience has been thrilling, no pun intended, and surreal. As you know as a writer yourself, you spend many months or even years in a room all by your lonesome, filling one blank page after another with words conveying fanciful ideas from a world you’ve concocted in your head. Then, one day, if you’re incredibly fortunate, some publisher says, “I like the way you’ve arranged those words enough that I’m going to pay you—though not very much–to put them in the form of a book.” A year or so later, your friendly UPS delivery driver dumps a cardboard box on your doorstep and there you stand, hefting in your hand that very book, many copies of which you hope will find favor across the land.

All hyperbole aside, opening that box certainly rated as one of the great moments of my life to date. However, my ego balloon was quickly shot down by the handful of good friends I invited over to help me celebrate what a huge honking success I am. They quickly reminded me that I’m still the same guy who picks up the dog poop in his backyard, prefers turkey burgers over fine dining and wears his T-shirts into the ground.

AM: Not to re-inflate that balloon or anything, but I think all of that makes you cooler. What inspired you to write Flat Spin?

DF: I’m a journalist by background, and I don’t think there’s ever been a journalist born that didn’t secretly aspire to write a novel. My goal, having reported more than my share of stories exploring the dark side of humanity, was to write a book that would be fun to read while incorporating into the plot subject material of which I was at least somewhat familiar. I also wanted to write something that I could claim at the end of the day was truly mine. When you’re hired as a writer in Hollywood, which is another hat I’ve worn, you sign a contract that literally states the studio is the author of your work. I cannot tell you how my scripts I’ve cranked out that ultimately and absolutely bore no resemblance to what I wrote.

AM: You really put the reader in Cordell Logan’s head. I felt like I was the secret military assassin turned Buddhist flight instructor. (I mean that as a compliment.) How similar is Logan to you?

DF: Thanks for the compliment. Hey, I’ll take all I can get! You’ve asked a tough question. In terms of life’s experience, I’d say that I’ve traveled on the periphery of where Logan’s gone—though, certainly, he’s led a much more bombastic life than me. For example, I didn’t played football for the Air Force Academy, as Logan did, but I did play football. I never flew Air Force A-10s during Desert Storm, but I did help cover Desert Storm for the Los Angeles Times. Like Logan, I’m an instrument-rated pilot. Unlike him, I am not a flight instructor. Nor am I an aspiring Buddhist, though I am intrigued with the religion. One more thing: Logan is a former member of a covert, since-disbanded government assassination team. I can assure you I have never worked for such a team, though I have done work in the intelligence community. If Logan and I share any undeniable similarities, it is that we both really enjoy flying airplanes and eating really good burritos, though not necessarily in that order.

AM: Nice. I liked the fact that you didn’t go overboard in describing characters’ appearances. I envisioned Savannah like Anna Nicole Smith for some reason… Way off?

DF: Waaay off! [*August laughs, LOUDLY.*] But that’s cool. As a reader, you should have the right to imagine fictional characters however you wish. If you see Savannah as Anna Nicole Smith, you’re not gonna wreck my day, even though I may have conjured her with a completely different image in mind.

As a screenwriter, I learned that movie casting options dwindle proportionately to the degree of description you write into a script when it comes to your  characters’ physical attributes, or lack thereof. The perfect dilemma of too much detail can be found in the upcoming Jack Reacher film. Author Lee Child describes Reacher, a former military police officer, as a big, brawny guy, well over 6 feet. Who’s purportedly going to play Reacher?—5’-7” Tom Cruise. Not that Cruise wouldn’t do a great job with the role. But fans of Child’s books are already grousing about how casting Cruise will absolutely ruin the franchise. I’ve heard that author Sue Grafton refuses to sell the film rights to her wildly successful Kinsey Millhone series simply because she doesn’t want her readers equating Kinsey with the likes of a real life actress.

AM: What was the toughest part of the process, from beginning your first draft to publication?

DF: With Flat Spin, it was having no choice but to set aside the draft to work on gigs that paid. By the time I’d get back to the novel, weeks and sometimes months would have gone by; I would’ve forgotten major plot points and even characters’ names. It’s much easier to build a head of steam and maintain a daily momentum, writing a book start and finish without distraction.

AM: I imagine many writers can relate to that. Anything you’ll do differently next time around?

DF: I already am. I’ve turned down or postponed several other writing assignments to devote myself full-time to Flat Spin’s sequel.

AM: Love that. Your career background is extremely  impressive. How does thriller writing compare to your work as a journalist?

DF: They’re two distinct animals. A journalist is married to facts. In both reporting and writing a news story, you go where those facts take you. Writing a fictional thriller can be vastly more exhilarating and intimidating if for no other reason than the immensity of the potential creative landscape you, as a novelist, look out upon. You must make myriad creative choices that you don’t typically make in a news story. The process can be analogous to feeling your way through a minefield: every step bodes potential success or disaster.

Writing a thriller versus a journalistic story is also different because of the much more subjective nature of the final product. When you’ve published a first-rate piece of journalism, there is usually broad agreement you’ve accomplished something significant. With fiction, a writer rarely achieves that kind of consensus, if only because of the disparate tastes of individual readers. It’s like a Jackson Pollack painting. Many people will see genius in it; others will see it as one huge paint splatter.

AM: How many secret sources have you met in smoky bars? Has the work put you in danger? Do I watch too much crime TV? (If yes to that last bit, feel free to make up something saucy.)

DF: Meeting sources in bars is not nearly as sketchy as meeting them in underground parking garages or empty parks at night, where there are fewer witnesses to identify your body. I’d be lying if I said there haven’t been a few occasions when I felt like things got a little gnarly in such places. I remember once making arrangements to rendezvous in a bar with a really sketchy dude who’d called me, claiming to have direct knowledge of the alleged second gunman in the John F. Kennedy assassination. He insisted after we met that I come with him to his apartment where he had all of the “evidence” in safekeeping. I went to the men’s room, called my editors, and gave them the address, so that if I didn’t show up for work the next day, they’d know where to send the coroner. Turns out the guy, who proved to be a totally harmless whacko, had devised some theory that the second gunman was secretly hidden in the trunk of JFK’s limo. Yeah, right.

On another occasion, I was working on a series of stories targeting members of organized crime in a major land fraud scam. I came home late one night and my phone started ringing immediately. The anonymous caller proceeded to spent about 30 seconds telling me where things were in my cabinets and drawers that you wouldn’t have otherwise known about unless you’d been inside my apartment—and I lived in a secure building. The next morning, I went out to my car and discovered somebody had put a screwdriver through the fuel tank. There were was gas all over the parking lot. I carried a pistol for several weeks after that. For the most part, however, investigative reporting is incredibly tedious. You spend vast amounts of time interviewing boring bureaucrats, and hours sifting through government archives where you are much more likely to catch some obscure respiratory disease than you are a bullet.

AM: Yipes. Aside from staying healthy and bullet hole-free, what’s next in the pipeline?

DF: I’m hard at work on the next Cordell Logan mystery. If all goes well, it’ll be out next year. I hope you enjoy it as much as I’ve enjoyed this!

He’s GREAT, right??? To purchase Flat Spin, zip over to Amazon.com or David’s website for more options. In the meantime, or after, any thoughts or questions to share with David?