Sometimes your mouth isn’t the only thing that blurts…

When I woke up to learn that Embraceable had officially hit Kindle shelves (woot!), a hilarious memory from Girl Boner® Radio came to mind.

I was sitting at the mic across from a very classy and prestigious guest. She wore the most designer clothes I’ve seen since my modeling in NYC days. Every detail of her appearance, energy and persona said chic. She’s an award-winning, celebrated pro, the daughter of a celebrity and has appeared on many major media outlets, most of which—such as Showtime and HBO—are far larger than GB.

Partway into our chat, I’d planned to share the trailer from a documentary about sex workers. When I hit play, something…else hit the airwaves. Soft…groaning sounds?

Odd, I thought. I don’t recall that part.

Though really, some sex noises would’ve made sense. I awaited the voice over describing the film. It never came, but, well, someone did.

The sounds quickly escalated to loud moaning then full-on YES, YES, YES! explosive orgasms. I leapt at the mute button.

“Hmmm…Wrong clip!” I smiled at my guest. “Gabe can fix that later.”

(The beauty of recording, rather than streaming, live.)

We jumped right back into our conversation. Later I’d confirm that we hadn’t been listening to the trailer at all, or even parts of the movie, but to people actually having sex—wild sex. The wrong clip had somehow been pulled, and we’d been ears deep in the hot and heavy. Had we continued listening, the sounds would’ve grown wilder.

It struck me later that I hadn’t been embarrassed about the fact I’d accidentally played sex sounds. Granted, my show is called Girl Boner®,and my guest was extremely sex-positive and open. But mainly, I hadn’t wanted her to deem anything about my work amateur or me as unprepared. My old acting instincts had kicked in: When mistakes happen, improvise. The show must go on.

I imagine this memory surfaced now because for the first twenty years of my life, the word “orgasm” never escaped my lips. That I could hear orgasms while recording live for an audience and not feel any sense of guilt, humiliation or shame (as funny as the ordeal was) made my heart happy. To be able to speak and write freely about women’s sexuality is a gift I’m perpetually grateful for. It’s much of what Embraceable is all about.

If you’d like to read Embraceable: Empowering Facts and True Stories About Women’s Sexuality, hop over to Amazon (CLICK HERE) to grab your Kindle copy. All of the proceeds benefit my work and advocacy to inspire women to embrace their bodies, sexuality and selves. Additional formats will be available soon! 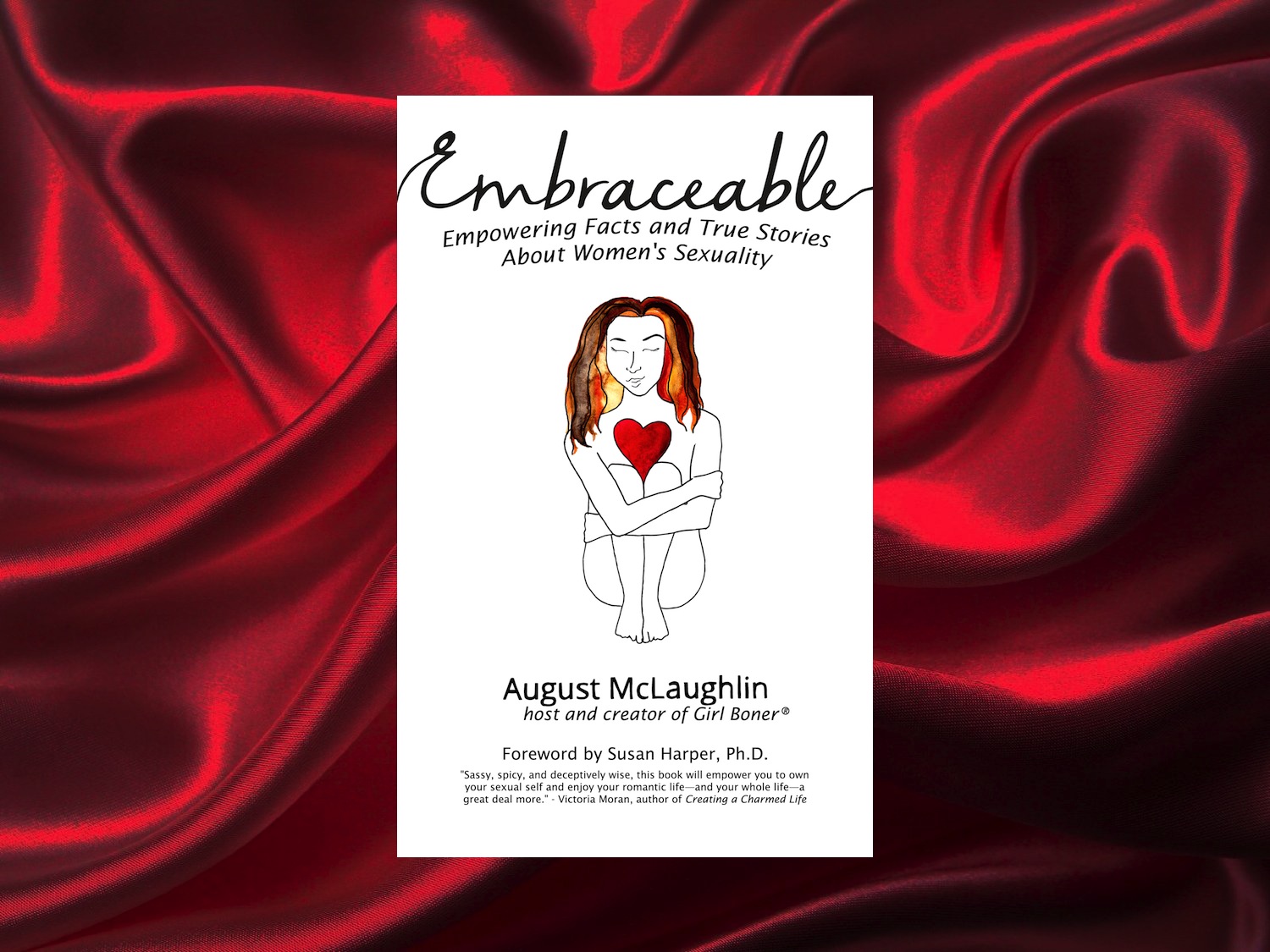 To learn more about the book, check out my interview on Go Deeper Press. It’s a fun one!

Thanks so, so much for the ongoing support. I’m mighty grateful for all of you. ♥