“I don’t want to be a celebrity, I want to make a difference.” – Lady Gaga

This quote suits last week’s Girl Boner Radio guest perfectly—only her fame came as a markedly bigger surprise to the former interpreter who, until late September, had been leading a decidedly private life.

If you’ve read a newspaper, magazine or visited sports or entertainment publications online over the past few months, you’ve probably heard of Taylor Chandler. You’ve probably also heard countless mistruths about her, her physiology and her history.

Taylor was born intersex, a term used to describe conditions in which you’re born with sexual anatomy that doesn’t quite fit into typical definitions of female or male. She was born female, contrary to what some media outlets have said, and has always identified as such. She just happened to be born with mixed anatomy—which is more common than many people think. She also happened to meet and fall in love with one of the most celebrated professional athletes of all time, Michael Phelps.

Once the media caught wind of their relationship and she came out publicly about her physiological history, life as she knew it ended and life as “Micheal Phelps’ intersex girlfriend” began. But there’s so much more to her than all of that. 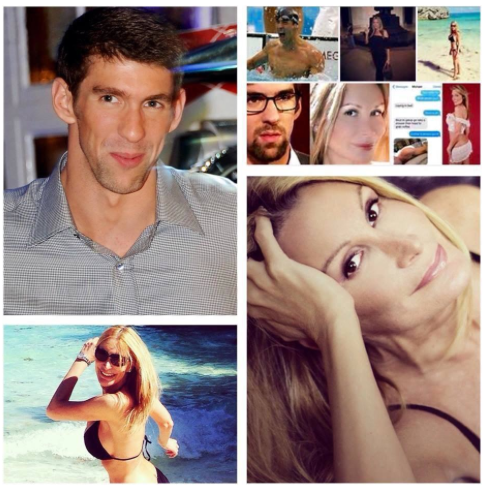 Last week I talked with Taylor about intersex, what it means (and doesn’t), and how coming out publicly as intersex and being at the center of such intense media scrutiny have impacted her life. Our chat was equal parts inspiring and informative, thanks to her openness and desire to shift the narrative from her relationship with Michael Phelps to issues that truly matter. I’m telling you—she’s one inspiring and gracious woman.

To download or stream our interview, visit this link on iTunes:

You can also listen via GVB Radio or Stitcher Radio. To learn more about Taylor, follow her on Twitter: @RealTayChaTLC.

What did you think of the show? Of Taylor’s insight? I love hearing from you! ♥