Did you know that our lips hold 100 times as many nerves as our fingertips? This is one reason that kissing before, during and after sex can be intensely gratifying, says sex pro., Krista Bloom PhD. Kissing can also be nerve-wracking, the first time around… 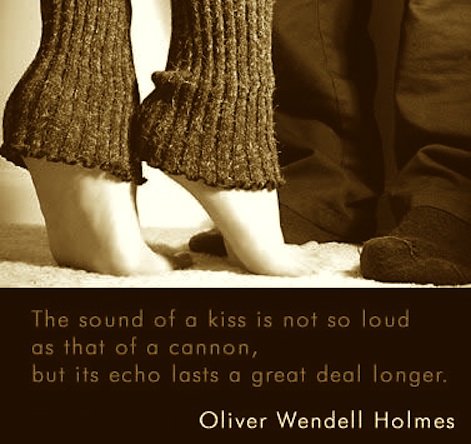 With my parents’ first kiss, my dad apparently missed—the result of nerves plus a foot-plus height difference. A friend of mine accidentally bit a guy (I’m not kidding). My first gooey-licious, tongue-explorative kiss took place not in the most likely of contexts. I was a sophomore in high school, and had just landed my first lead in a musical—Sargeant Sarah Brown, in Guys and Dolls. Moments after spotting my name on the cast list, a self-proclaimed coolio senior spoke up from behind me.

“You’ll have kissing scenes. Have you even kissed anyone before?”

“Of course,” I told her, aiming for nonchalance.

Only I hadn’t, unless you count my first husband, Brandon. At the ripe young age of four, we donned dandelion rings and wed in my backyard before a congregation of teddy bears. From the little I’d gleaned from soap operas, I knew that hot couples kissed. So I read books to him, making him peck me at the ends of sentences. This grownup lip-lock fiasco was a whole different story. Would all I’d learned from Teen magazine pay off?

“Sky,” the male lead, and I wouldn’t smooch until the last week of rehearsals. Too slowly and soon, it arrived. Palms sweating and nerves buzzing like fireflies on Red Bull, I decided to simply go for it. RAR!

And did I. Ever. I charged at Sky, then plunged my tongue into his mouth as though searching for lost treasure. He nearly fell over.

I didn’t realize until after the play ended just how overblown my smooches were. While watching the video of our production at a cast party, everyone burst into giggles. As the camera zoomed in on our (my very) first kiss, we all saw a whole lot of my tongue. Apparently stage kisses are usually more, shall we say, surface-level—particularly in high school theater.

I still don’t know if my cast-mates knew that those were my first sensual kisses, but they sure delighted in teasing us thereafter. My embarrassment was extremely short-lived. I mean, talk about awesome practice! Practice I cherished for six performances, and have looked back on, laughing, since. Kissing has since remained one of my all-time favorite hobbies. I’m undoubtedly far from alone. 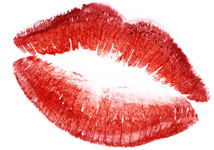 1. When we French kiss, our sex hormone levels rise, according to a University of Albany study, revving our libido.

2. Kissing matters more to women, says an eHarmony study; we’re twice less likely to have sex with a bad kisser than men.

3. And yet, 40 percent of men say that a long, steamy kiss will get them immediately ready for sex, according to a 2009 Cosmo poll. So if you’re in the mood and your guy isn’t, consider starting there. (Thirty percent prefer crotch-grabbing, in case you were wondering.)

4. Kissing helps us determine compatibility. “At the moment of the kiss, there are hard-wired mechanisms that assess health, reproductive status and genetic compatibility,” says Gordon G. Gallup Jr., a professor of evolutionary psychology in Albany, New York. “Therefore, what happens during that first kiss can be a make-or-break proposition.”

5. Kissing relaxes us, by boosting our levels of feel-good chemicals oxytocin and endorphins. When our tongues tangle, our dopamine levels rise, according to a Woman’s Day report, increasing feelings of romantic attachment. (Yum.)

What was your first kiss like? What about your best? Or worst? Would you have sex with a bad kisser?