When I was first diagnosed with anorexia, I remember thinking, “That’s impossible…I eat!” I never skipped breakfast, lunch or dinner, in fact—as lacking as those “meals” were. Didn’t people with anorexia fast constantly? I could never do that, I thought. As complicated as my relationship with food was at the time, I loved it too much to go without. And yes, meal-eating, food-loving me did indeed have anorexia.

I’ve since learned that there are countless misperceptions about eating disorders—which affect an estimated 30 million people in the U.S. alone at some point. Here are five particularly common myths I hear often. Knowing what not to believe about the illnesses makes healing more possible.

“They’re all about control.”

Control is probably the cause I hear about most often, and certainly, feeling the need to control your food and weight when other aspects of your life are running wild can contribute. But eating disorders are far more complex than issues of control alone. For some people, like Nicole LaBonde, a professional dancer and anorexia survivor I interviewed last week, eating disorders are about identity. Because she started dancing later than most of her peers, she felt behind technically—so thinness became her aim. “Even if I was not the best ballerina, I would be the one who looked the most like a ballerina,” she said.

“You must really dislike yourself to develop one.”

Last year, during an interview on a radio show, the host asked me why I had hated myself so much. Why else would one starve or otherwise brutalize themselves? There are actually loads of reasons. Eating disorders are definitely closely linked with low self-esteem, but in many cases, mine included, the person simply starts out wanting to succeed in life, to have value, gain acceptance, feel deeply fulfilled or fill-in-the-blank. Society tends to equate all of these with looking a particular way—which includes thinness. 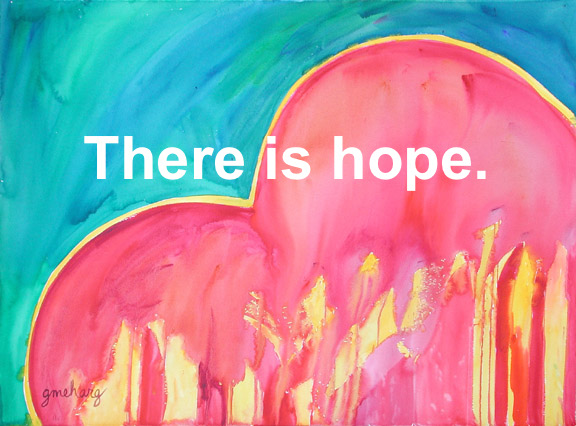 Nope, not by a long shot. Eating disorders affect people of all ages, genders, sexual orientations and socio-economic status. Bullying and fear of harassment make LGBTQIA individuals more vulnerable to EDs, and mid-life eating disorders have grown increasingly common in women. This myth is particularly dangerous, as people who don’t fit the stereotypical criteria tend to feel even more shame, and may be less likely to seek help. People with fewer financial resources and less family support often can’t attain needed help and treatment regardless.

“They don’t really affect your sexuality.”

I haven’t heard people outright state this—but that’s sort of the point. The fact that sexuality is seldom discussed in the realm of eating disorders says a lot. Anorexia tends to strip a person of their sexuality—no more menstruation or sex drive, concaveness where there were curves. Some people with bulimia become hyper-sexual, which isn’t necessarily a bad thing. (Heck, sex can be hugely therapeutic!) It’s not uncommon, though, for risky sexual behaviors, such as skipping protection, to coincide. Poor body image, dwindling self-confidence and shame involved with eating disorders of all kinds can also tinker with our sex lives.

The idea that once one has an eating disorder, they’ll inevitably struggle forever is harmful hogwash, IMHO. I’ve met so many folks who were told that they’d “always struggle”  that their best bet was a perpetual state of in-recovery. Yet I, and countless others, have proven this wrong. While there is no shame in working to recover for however long that takes, even indefinitely, anyone in the thick of it needs to know that healing is possible—and more rewarding that you could possibly imagine. One can’t very well go on to thriving if they see no reason to hope. Luckily, the opposite is also true.

To learn more about Nicole’s journey, my and Dr. Megan’s advice for a mother whose daughter’s struggle with bulimia is impacting her sexual behaviors and relationships, and a very special tribute to the victims of the Orlando shootings, listen to my latest episode on iTunes or here:

I’m so grateful to the incredibly talented Arielle for allowing me to play her tribute song, PULSE, at the end of the episode. It’s brought me to tears. To watch the video of her song, click here.

If you’re grappling with an eating disorder and aren’t sure where to turn, contact the National Eating Disorders Association free, confidential helpline: 1-800-931-2237.

Which myth most struck you? What did you think of the episode? I love hearing your thoughts!