Home • Girl Boner • Myths About “Slut”-Shaming — And Why They Matter

“OHMYGOD. You’ve had how many partners?”

“What did she think would happen? She was drunk…which is basically asking for it.”

“Sluts! I hope they both get AIDS and die [for talking about sex and unconventional relationships].”

These cringe-worthy statements are a few of the countless ways women and other femmes are “slut”-shamed, or bullied based on factors such as their sexual choices, appearance, reputation or, worst of all, having endured sexual assault.

The last was said about me and a Girl Boner® guest of mine recently. That episode featured two guests—a man and a woman. The bully didn’t say a thing about the guy, even though he was equally involved in the respectful, sex-positive conversation. I wish I were surprised.

Last week, I had the pleasure of interviewing Emily Lindin, activist, writer and filmmaker extraordinaire, about “slut”-shaming myths. Her incredible brainchild, The UnSlut Project, is an online community where survivors of sexual bullying and “slut”-shaming can share their stories, and where those who are currently suffering can find support and solidarity.

She’s also the author of the new book, UnSlut: A Diary and a Memoir, and contributed a powerful story for Embraceable. One of my favorite online follows, Emily and the #UnSlut community are a hub of information on sexual bullying, perpetually speaking out for survivors.

What you’ll learn in the episode:

Listen on iTunes or here:

***This episode was recorded and released before the Orlando shootings, which I’ll share thoughts on during this week’s show. Bullying and brutality of any kind are unacceptable, and my heart breaks and perpetually goes out to the victims and loved ones. Here’s to doing all we can to make worthy change happen. <3 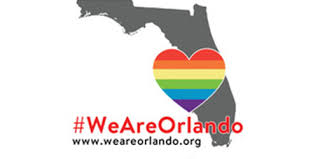 What did you think of the episode? When’s the last time you were “slut”-shamed? What steps will you take to help stop the epidemic?