After reading this paragraph, close your eyes and imagine you’re walking alone down a dark alleyway. You hear footstep echoing your own. You pause, so do the footsteps. Yours quicken, the footsteps do, too. You run as fast as you can, your stalker a step behind until—wham! They’ve got you. You turn to see…

Who? Lemme guess—a large male, dressed in black. If you’re into “Twilight,” he probably has fangs.

Female stalkers are scarcely studied or understood, according to a study published in the “Journal of the American Psychiatry Law” in 2003. Yet an estimated 15 to 20 percent of stalkers are female. These facts lead me to wonder how many are truly out there? And are they less-studied because we don’t expect women to act in such a way? Or are they simply extremely good at their…”jobs.” (Um…this is not an invite…FYI.)

We women can be freeeeaky, right? Consider the following villainesses:

Who’s your favorite fem fatale? What makes her so terrifyingly great?

I plan to investigate these issues further for upcoming posts. I hope you’ll join me, but not too closely, in the ride. 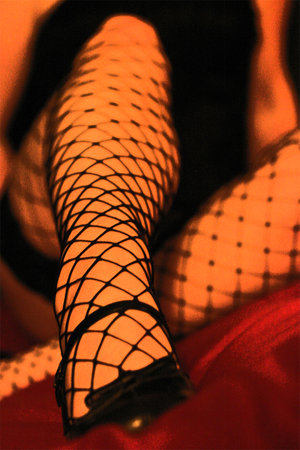