Home • Girl Boner • She Made 10k a Month as a Phone Sex Operator: A #GirlBoner Chat with Amberly Rothfield

Amberly Rothfield grew up in a conservative part of Texas with relatively little familial support and learned next to nothing about sex or sexuality. Yet today, she’s a successful entrepreneur in the phone sex industry who not only works with clients, but inspires fellow professionals in the sex space to take their livelihoods and well-being seriously. She’s even written about about her journey, entitled How I Made $10,000 a Month As Phone Sex Operator.

I loved sitting down with Amberly for a Girl Boner Radio chat! Her huge heart and sharp sense of humor are just two of the attributes that make her success in phone sex unsurprising to me. Read on for highlights from our conversation and listen to the full episode on iTunes, iHeartRadio, Spotify or down below. 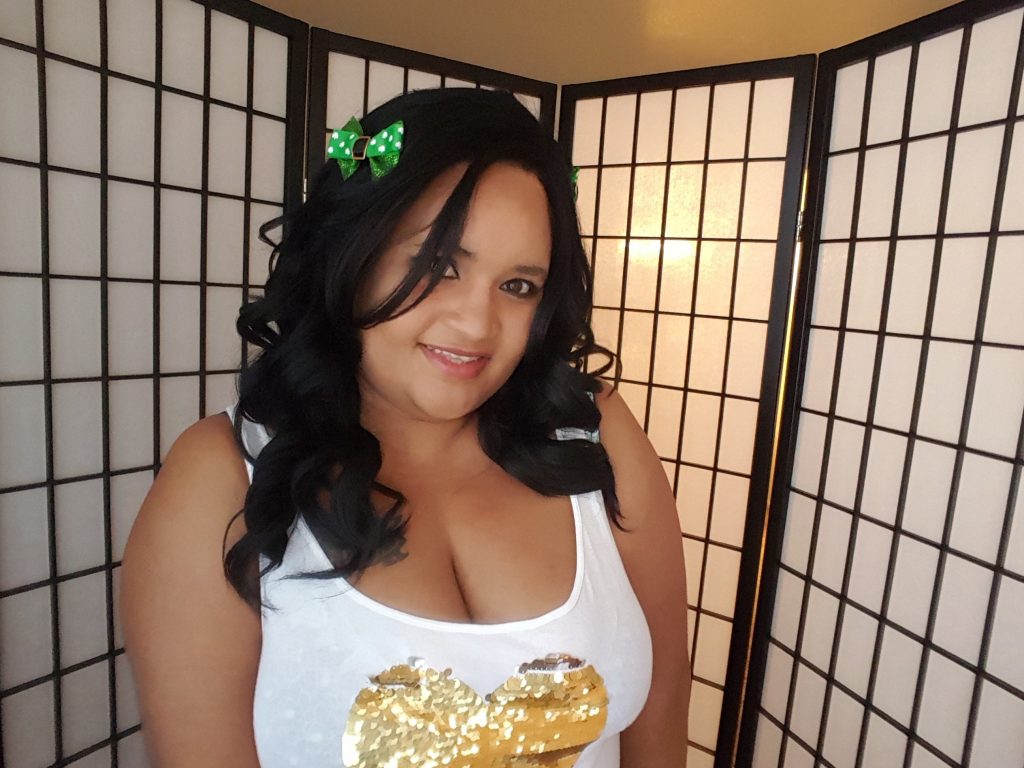 You said that phone sex operating has helped save your life. I want to really dig into that, because I think people have these mixed ideas about what sex work is. But phone sex operating, in particular, I haven’t hea,rd anybody speak about the way you do. But I know you didn’t start out empowered around these topics. What did you learn about sex and sexuality when you were a kid?

Not much. I grew up in Dallas, Texas in a very repressed area and I remember in sixth grade we learned about sex and it was “Ask your parents” and literally “Don’t” if you’re having urges to touch other people. I was terrified to hug people after sixth grade. I thought,“We’re not supposed to touch people? What do you mean?” It was confusing… They wouldn’t elaborate. We learned nothing. And I didn’t have a mom. My mom left when I was nine, so right before any major changes happened and I got my period at school.

Given that, were you scared when you got your period?

I was really sporty, so I was a mixture of terrified and ‘this probably isn’t as bad as I think it is’ because I’m not in pain. So if I’m bleeding and there’s no pain, I’m probably okay. I went to the school nurse, who said, “Here’s a pad.” She explained a little bit…“This is going to happen once a month, use pads, tell your dad to buy you some.” And I’m like, “But why is it happening?”

What was the first positive thing you learned about sex?

Jeez… I must’ve been eighteen when I started in phone sex and that was when I began to learn that other people are talking about it. It’s not this huge taboo thing.

Take us back to that. Do you remember the day you made the decision to give this a try?

I left my dad’s house, because he kind of became abit of an alcoholic after my mom left and spiraled down. He came back up, but before he came back up my mom came back  and I went to go live with her… She wasn’t the best person for a child to live with. So at the age of seventeen, I was on my own for a year, bouncing from friend’s house to friend’s house with everyone thinking I’m sleeping over.

Right before I was going to graduate from high school, I needed a job but I didn’t know how to drive a car. I didn’t have a car. I didn’t have anything to my name. I couldn’t really get back and forth between school and, potentially, work. I saw this ad in the Thrifty Nickel that said “phone actresses.” I remember it didn’t say “phone sex.” So I was like okay, I’ll apply. And when I found out what it was, I thought okay, so I can do this from home. I can do anything from home. I can do anything long enough to get enough money to be able to get a better job and I took them up on it.

It was later that night they did the teaching where you listen to other calls and I was like, “Oh my god, they’re talking about all this stuff that we were never allowed to talk about.” I didn’t even know what doggy-style was. This is how innocent I was… I used a search engine and I found out and I was like, “Oh my stars.” That’s when I learned it could be fun. It could be pleasurable. And the people I talked to didn’t sound like dirty disgusting perverts… The company wouldn’t let us talk about certain things, but no one asked me to talk about anything that was uncomfortable. I was like, “Wow this could be good.”

At what point did you start to see this was more lucrative?

I had previous jobs before, when I lived closer [to home]…and I was making peanuts. When I started working for phone sex, I made double that overnight… I was making—this seems laughable in this day and age—five hundred dollars a week. To an eighteen-year-old with no children, living on your own fresh out of high school, I was like “Oh my god, I’m in the money! I’m the richest girl in here. So I’m not going and getting another job. This is fine. This is great.” Not to say that I never tried going back into more vanilla type jobs, but every time I go in I think, “I can’t do it. I can’t I have a boss.”

You’re such an independent spirit, which I say as a big compliment… You’re very entrepreneurial by nature it seems so I can see not wanting a conventional career or or sitting at a desk or retail or whatnot. Was the process fun? Were you enjoying working with clients? Getting to know them?

I did. I loved it. The number one thing I tell people, and actually this is just ubiquitous across all industries but especially phone sex, is to build rapport with your core callers… And you can’t built rapport unless you like someone, or you’re a damn good actress and I haven’t won a Grammy, so I focused on trying to find things I did like.

Later in the show, after more fun chat about Amberly’s career, we explored a question for a listener with Dr. Megan Fleming. Jessica, who’s healing from a controlling relationship in which she was frequently denied sex and criticized in bed, wrote about wanting to regain her sexual sex confidence. Dr. Megan shared that confidence is a skill we can all work on and cultivate, which I loved. Amberly added this, for Jessica, which I think can apply to so many situations:

Confidence comes from repeating something over and over again until you know that you’re doing it right. If [you’ve] been knocked down for doing something, of course you’re not going to feel confident. But just because you’re criticized, does not mean the critique is valid. That’s something I have to tell myself all the time. We’re both entrepreneurs. We have fans. People tell us stuff all the time. Especially me being black and being a BBW [Big Beautiful Woman], I hear negative stuff all the time. You’ve got to learn how to filter out what’s good, actual criticism you can take and what’s not. If you’re the guy was a narcissist or sociopath and he picked on you in bed, I would like to say this is not probably criticism that you should take. Not even with a grain of salt. You should just reject it.”

To hear more of our suggestions for Jessica anyone experiencing sexual insecurity and more, stream the episode on iTunes/Apple Podcasts, iHearRadio, Spotify or here: