Home • Girl Boner • My Girl Boner Book: What’s Changed and What Hasn’t Since the Beginning

I love learning about people’s creative journeys, especially around a big launch time. So with my dream book releasing in two weeks, I thought I’d share a bit more about mine, including some vulnerable parts.

If you caught this post, you know that a good six years have passed since I first realized I wanted to write Girl Boner. A whole lot has happened since then, of wondrous, surprising, perplexing, gratifying and challenging varieties.

A few things that haven’t changed since then:

Even before I launched the blog series (yes, the book idea came first), I knew I’d call my book Girl Boner. The subtitle, The Good Girl’s Guide to Sexual Empowerment, dawned on me soon after that and also stuck. 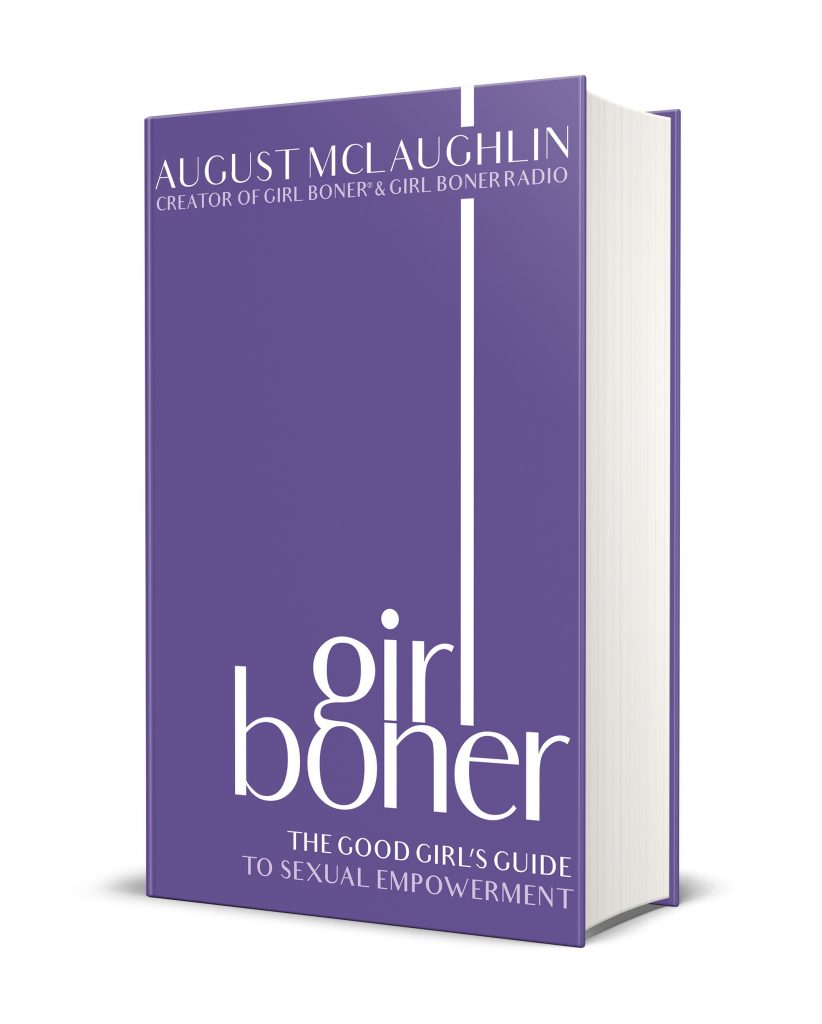 Recently, someone sent me a private message that said, “Wow, this little thing you’ve put together has really taken off!” We’ll call the sender Jumbo Shrimp, who I’ve decided must be the backhanded compliments of the sea. (I had some snarky replies in mind for him, then thought better of it.)

Actually, Jumbo S., Girl Boner has always been more than a book or blog series. In my mind, it was and remains a movement. That feels a little egotistical to say, but I sincerely believe that collective movements make the most significant and lasting change, and that we can all, and so many folks do, cultivate them. Girl Boner has also remained my brand, company and means of contributing to sex-positivity since the beginning. If I hadn’t treated it as such, I’m not sure it would have persisted or become a book series.

Self-publishing brings significant perks and I’m so grateful that it’s an option for all writers, me included. Instinctively, though, I believed Girl Boner needed to go the traditional route from day one. That aim was challenging to stick to at times, especially several years in—after I’d built an audience, had received only nibbles from publishers and “Girl Boner book” started cropping up in my blog search terms.

I’m so glad I went with my gut on this, because I ended up completely revamping my book proposal (again). This time, I knew my audience and the content far better. Only then did publisher interest start cropping up from the outside in, meaning it didn’t start with me pitching or querying but from referrals and requests. Which brings me to…

A Few Things that have changed:

Having listeners (who helped shape the book)

Many are of you are probably thinking, DUH. Perhaps Girl Boner Radio is how you found this blog to begin with. But the show came as a complete surprise to me, over a year into the blog series. I’d been appearing on others’ radio shows and podcasts when Will Armstrong from Dr. Lisa Masterson’s team asked me why I didn’t have a show of my own. In that moment, it was as though I did. A month or so later, Girl Boner Radio was official and through the 200+ episodes since, my listeners have been gifts, allowing me to bring light to incredible people’s stories and topics I deem vital and showing me what matters most, for the book included. As you’ll see if you read Girl Boner, the podcast and numerous of my guests are featured throughout.

I honestly don’t know how I would manage the daily political chaos we’ve experienced in the U.S. since late 2016 without Girl Boner to keep me going. We all need a sense of purpose, and all-things- Girl Boner provide me that, particularly in difficult times. Sex education, women’s rights, LGBTQIA+ folks’ rights and sex workers’ safety have been increasingly threatened, making work in this field more difficult in some ways, but also more important. I carried all of that with me as I completed the manuscript last year.

No one ever does anything sizable alone, but it’s surreal to be working with a growing group of professionals after years of doing so much of my work solo. My editors and publishing team at Amberjack have been invaluable through my publishing journey. My agents have been essential resources and sources of support. I now have marketing support to help with the book launch as well.

Building a team, which requires accepting, seeking out and investing in support, has been a deeply vulnerable, strengthening, challenging and beautiful process. I have so many thoughts and feelings about this!

It’s always been more important to me to do impactful work I love than to have gobs of money in the bank. And while my writing and Girl Boner work have long been profitable, I haven’t exactly been rolling in it. (Does anyone go into writing or activism for the money?) Increasingly, though, Girl Boner has required, or at least significantly benefited, from whatever additional funds I’m able to invest.

Moving toward book release, I feel like I’ve been spending money I barely even have, having dipped into savings and put several larger-than-usual purchases on credit card, with hopes it’ll all pay off. This feels extremely vulnerable, especially as someone who’s been capital-B Broke in the past. I’m not aiming to get rich from these books, but I want as many people as possible to benefit. That won’t happen if I don’t invest more funds in my work.

Side note: Sometimes we have to work our behinders off doing what we care most about before it provides income that matches our effort. I’ve found that the stuff of dreams often requires that. Meanwhile, we have to be responsible financially, which can create a fine line to work around. (If that means it has to take longer, that’s okay. Always take care of you first.)

I’m also no longer ashamed of saying that money matters to me. I want to make a better living, not only for myself and loved ones (though yes, both), but to set an example for others who struggle, as I have, to cultivate financial confidence and the freedoms it can provide.

For transparency’s sake, some of my larger expenses include travel, publicity support, web design and legal fees for expanding my trademark. I also have the privilege of a two-income home and relationship, which I don’t take lightly. It also helps greatly to have a publisher investing in my books and their success.

As some of you have heard, I’ll be signing an audiobook contract soon. I’ll do the narration, which I’m so grateful and excited for. I also have a second book releasing in August! It’s called Girl Boner Journal: A Guided Journal to Self-Awareness. While it’s designed as a companion for Girl Boner, it works well on its own, too. Pairing Girl Boners with writing, my two loves, and knowing I’ll get to share all of that with readers and fellow scribblers makes me GIDDY.

You can learn more about both books here on my newly revamped website (click books or Girl Boner), much thanks to the extraordinarily skillful, Laird of Memphis McKay.

As an incentive and thanks for pre-orders, I’m hosting a little sweepstakes! Order Girl Boner: The Good Girl’s Guide to Sexual Empowerment on Amazon and upload a screen-grab of your purchase confirmation HERE by August 7th to enter to win a Girl Boner gift basket containing a $100 gift card for The Pleasure Chest and a sexy surprise.

What has a creative endeavor taught you? Any related questions for me? I love hearing from you.