Far too many of us grow up learning little about sexuality. Lucky for us all, people like Ji Strangeway turn that journey into breathtaking artistry—the kind that can better lives and bring worthy healing.

I sat down with film director, author and poet for a Girl Boner Radio chat last week to explore her personal journey, sexuality challenges and triumphs and her hybrid graphic novel, Red as Blue. Weaving screenplay-style narratives and illustrations by Juan Fleites, Red as Blue tells the story of June, a 15-year-old outcast who longs to “carve open her own space to find a beating heart in a barren world.” As the tale unfolds, June discovers more about herself and her sexuality, including her clitoris. It’s such a unique and provocative story.

If you’re familiar with Red as Blue, it should come as no surprise that Strangeway struggled to embrace her own sexuality. Growing up in the 80s, her limited sex education seemed both perplexing and irrelevant. In a word, she learned “nothing.” 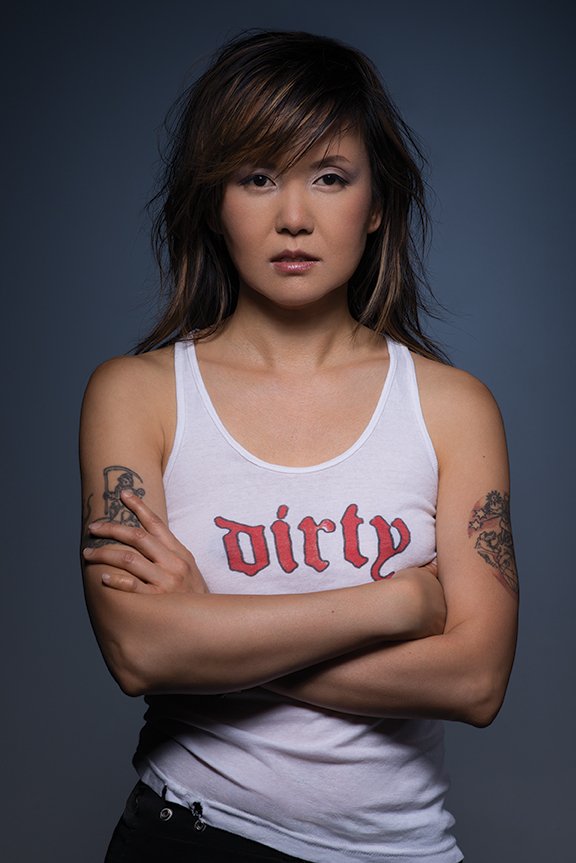 “People pretty much felt that homosexuality was not just a sin, but shouldn’t exist period,” she added. “When you’re dealing with that, you really have nothing.”

Meanwhile, Strangeway was bullied for being androgynous, flat-chested and Asian. She didn’t take these negative messages very seriously, but the sexual oppression kept on until she reached a gorgeous turning point. In her early twenties, she fell in love with a woman who would debunk negative messages she’d learned about sex, revealing everything from broader definitions of “penetration” to the fact that period sex can be pretty dang wondrous.

Strangeway isn’t bitter about the sexual repression she endured. Instead, she considers it a blessing she can use to inspire others. And that’s exactly what she’s done with Red as Blue. 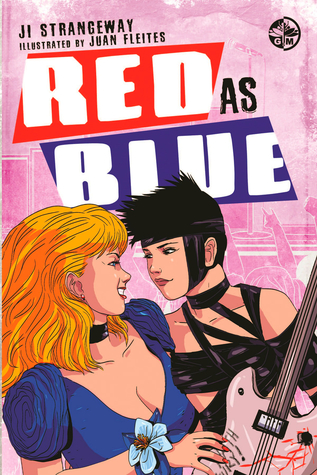 “When I wrote about this character, it wasn’t for me to have a semi-autobiographical take on my character’s sexual repression and all of that, but to use the opportunity to heal and to help youth out there who are still going through this type of thing,” she said. “And also for the generations that are older now who can reflect on that and get some healing as well, so they don’t feel alone.”

She also hopes to instill the message that “even if you’re un-liked and you have all of these body issues, you can come out of it in a way that is beautiful.”

For much more on Strangeway’s personal journey and book, tips and myths around queer sex and more, stream the Girl Boner Radio episode on iTunes, Spotify, iHeartRadio or below!

The episode also features Dr. Megan Fleming‘s thoughts for a listener seeking pleasure outside of his usual favorite and my chat with Victor Tobar of The Pleasure Chest, about “Queering Your Sex” and why that matters. (Learn more about their upcoming workshop of the same name here!)