Home • Girl Boner • SESTA and FOSTA: What Everyone in the U.S. Needs to Know

Ginger Banks discovered webcam modeling during college as a fun and gratifying way to make ends meet. She’d already been using her webcam for spicy fun for free, so why not turn it into a profession? That was eight years ago, and she’s been doing and delighting in the work ever since.

Ginger created a gorgeous video PSA aimed at humanizing sex workers and to encourage politicians, namely Bernie Sanders, to take a stand for sex workers’ rights. (See the video here!) I loved sitting down with Ginger for a Girl Boner Radio chat on SESTA and FOSTA, her advocacy, sex work stigmas and more. 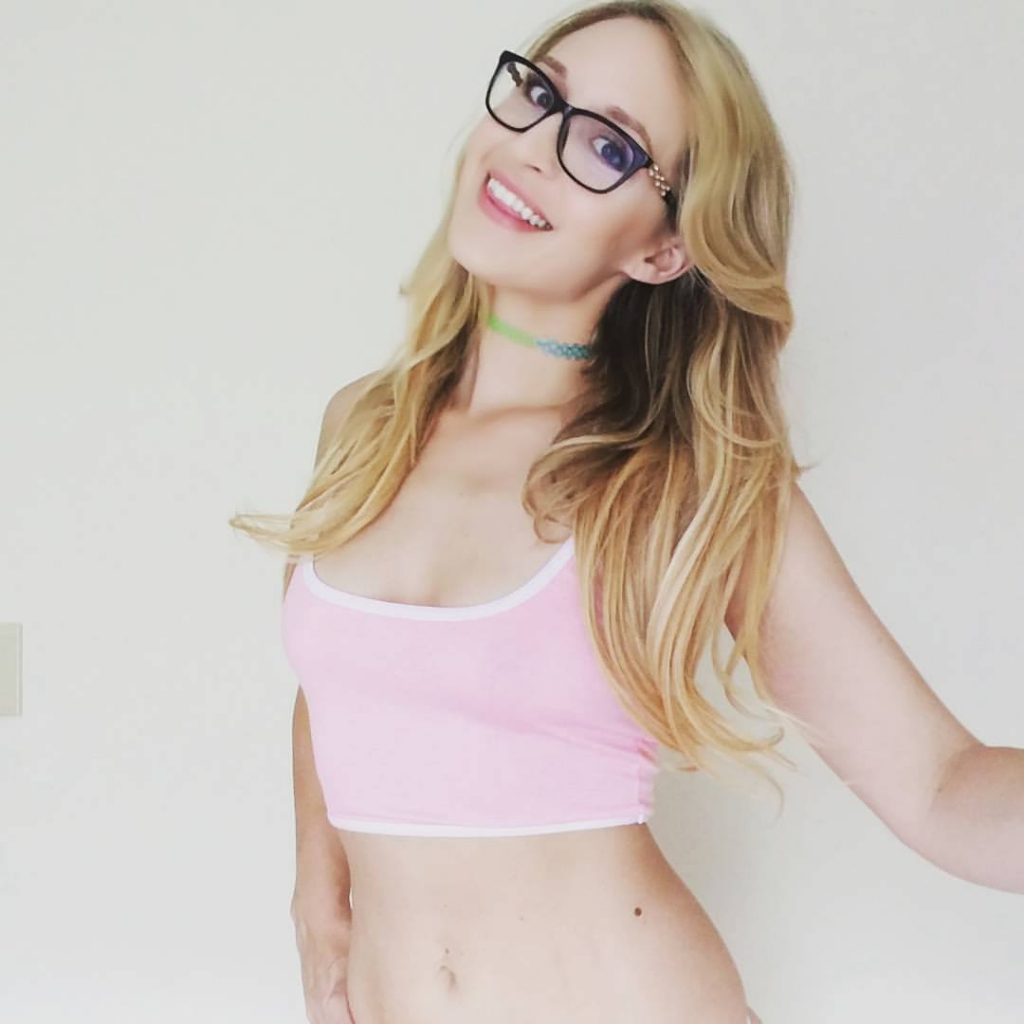 Stream our full chat on iTunes, iHeartRadio, Spotify or below! Read on for excerpts from our chat.

In addition to the below excerpts, the episode features:

August: In a nutshell, what do these bills mean?

Ginger: SESTA and FOSTA were just written into law last month to vastly expand the liability that websites are subject to when it comes to sex-trafficking. If sex-trafficking happened in a Walmart parking lot, it’s like holding the Walmart accountable. It also makes it a federal crime to facilitate prostitution of any kind. This includes a lot of lists and harm-reduction sites that sex workers use. Now these websites are going to lawyers and saying, ‘Are we going to be liable under these laws?’ Because not only sex trafficking victims can file charges, but any state’s attorney general can. Once that happens, that company has to prove their innocence in court, and that’s going to cost them they don’t even know how many millions of dollars. So they say, ‘We’re just going to get rid of all of this information rather than putting ourselves at risk,’ because these laws don’t give the businesses any sort of guidelines on how they need to be compliant.

August: It’s so interesting, because sex trafficking and sex work are not the same thing, but I don’t think many people realize that. They think, as I did when I was growing up, that if somebody is being paid for sex, they’re being abused and they were forced into it.

Ginger: I definitely felt the exact same way. Before I went to my first strip club, I thought every single girl was going to have a pimp with her and she was going to be drugs. . . and I thought, ‘Wow, these girls are really happy and they’re providing an environment for us to have a great time in.’ That was my first realization that we’re not all victims of trafficking. I’ve experienced my own family members assuming there was someone forcing me to be a webcam model because I think society says a sexual woman has to be this, this, this and this, and when you see your smart, intelligent, strong-willed daughter going into it, you convince yourself that someone is forcing her into it, which is just not the case. All adding stigma does is enable abusers. It helps nothing for the victims. It doesn’t do anything for them.

August: I know you use a pseudonym. You are able to speak about you do, but you knew from the beginning that you’d have to protect your identity. Why is that?

Ginger: Sex workers are at a higher risk of violence due to stigmatization and criminalization. I could have any number of organizations who want to discriminate against me because I’m a cam model. There are banks that shut down sex worker’s accounts. Airbnb, for instance, can shut down a sex worker’s account when she’s on vacation. I know plenty of cam models who had to cancel an entire trip because Airbnb is the cheapest option and they couldn’t afford a hotel. People are still having sex in Airbnbs. That’s what I was thinking when I was having sex with my boyfriend in an Airbnb. What is the difference if I turn on the camera? Or if he gave me money? That’s why I want people to question the status quo, question the way we think about sex workers. Because conflating legal, consensual adult sex work with sex trafficking does not help anyone.

August: I feel like, as a sex worker, you’re in a unique position where you might actually be able to help someone who’s being trafficked. If sex workers aren’t able to run their businesses, we might be limiting a lifeline. A [trafficking victim] might be more likely to confide in a sex worker than someone else. And sex workers might have easier access and ways to help victims.

Ginger: Yes. If we bring in sex workers as allies to fight sex trafficking, we can do so much more together than if you keep pushing us to the side and criminalizing us. Decriminalization of sex work is important for so many reasons, and it will, in the end, help stop sex trafficking, or at least reduce it. I wish I could imaging a perfect world were trafficking didn’t exist. All we can do is reduce it as much as we can.

August: How have the stigmas impacted you personally?

Ginger: It hurts you when you have lie about your job, and deep down you know that there’s nothing wrong with your work, it’s hurts. You are in the closet in a way. It’s part of who you are. And I encourage sex workers to find a sex worker community. Once you’re able to talk about your job and we don’t shame you for what you do, that is so important.

I want people to realize that there shouldn’t be shame for making people happy and bringing joy into people’s lives. We provide a pressure release, where you can get away from the real world for a while. And it bothers me that people will say, ‘Oh, you just do it for the money.’ No. I get to know these people. These people are my friends. I care about them. I care about their health. I care about all of the things that a friend would care about. And that’s so beautiful. Sex work can help so many people who potentially might never get to experience different types of sex, and there’s nothing shameful about that, either.

August: What effects have you observed or experienced from the SESTA and FOSTA bills?

Ginger:  I personally cannot offer date raffles on my cam site anymore. I used to do non-sexual date raffles and I would get thousands of dollars from that. . . I’ve heard of people who’ve been forced back to knocking on the doors of truck drivers, when before they were able to do it online. I’ve heard of pimps reaching out to girls they haven’t heard of in years. . . Abusers aren’t stupid. They see that these laws are giving them more power, and so they’re going and trying to take advantage of people.

August: And you can’t put an ad up, which provides an important level of safety.

Ginger: If you have an ad, you can screen your clients. But if you have to go and meet them in person, you don’t have that ability anymore. And when you’re doing street sex work, you’re more subject to criminalization and the stigmatization, and in turn, that results in the deaths of sex workers. There was a study put out by Baylor University, that’s still being peer-reviewed, but they found a 14 percent drop in homicide rates of females and they could only attribute it to the opening of the Craigslist classifieds section. They couldn’t find anything else that had happened, because female sex workers do make up a huge percent of the homicides that happen, unfortunately.

August: And now those ads are gone.

Ginger: The ads are gone and sex workers are going to die. That’s why I am so passionate about this. I live a privileged life. So I want to use that and help as many people as I can, because many sex workers can’t speak out about this. Their lives would be ruined. I’m lucky to be out about my job and that people can’t use that information against me to ruin my life. But there are people out there that aren’t as lucky and taking away their safeguards doesn’t help anyone. [SESTA and FOSTA] don’t help one single sex-trafficking victim. They don’t help sex workers. I wish there were more politicians who would take the time to listen to us because we are your constituents. Politicians are not ever going to speak up for us until the general public starts speaking up for us. . . The more allies we have speaking up for us, the more comfortable politicians are going to stand up and say this is wrong.