What is the wonkiest thing you were ever told about ways a person could get pregnant? Here are a few responses I received when I asked this question on the Girl Boner Facebook page:

By sticking a pussy willow in your ear

By loving someone very much

By having sex more than once

By being in a hot tub

By standing on your head after sex

Without ever having sex

By praying for it

As bizarre as these ideas might sound, most of us have heard something similar at some point. And given that sex education is extremely limited in the U.S., it’s easy to believe potentially harmful falsities.

Over the weekend, I released a bonus episode of Girl Boner Radio, to explore a question for a listener  whose daughter thinks she can get pregnancy by making out. Dr. Megan Fleming and Dr. Lanae St. John contributed thoughts for the episode, which follows my special chat with Lanae on “good girl” shame and sex-positive parenting.

When I began piecing the “quickie” episode together, I realized some pretty striking changes in United States sex education. Since writing my Girl Boner book, which released just over a year ago, even fewer states are requiring that sex ed in schools be scientifically, medically or technically accurate. 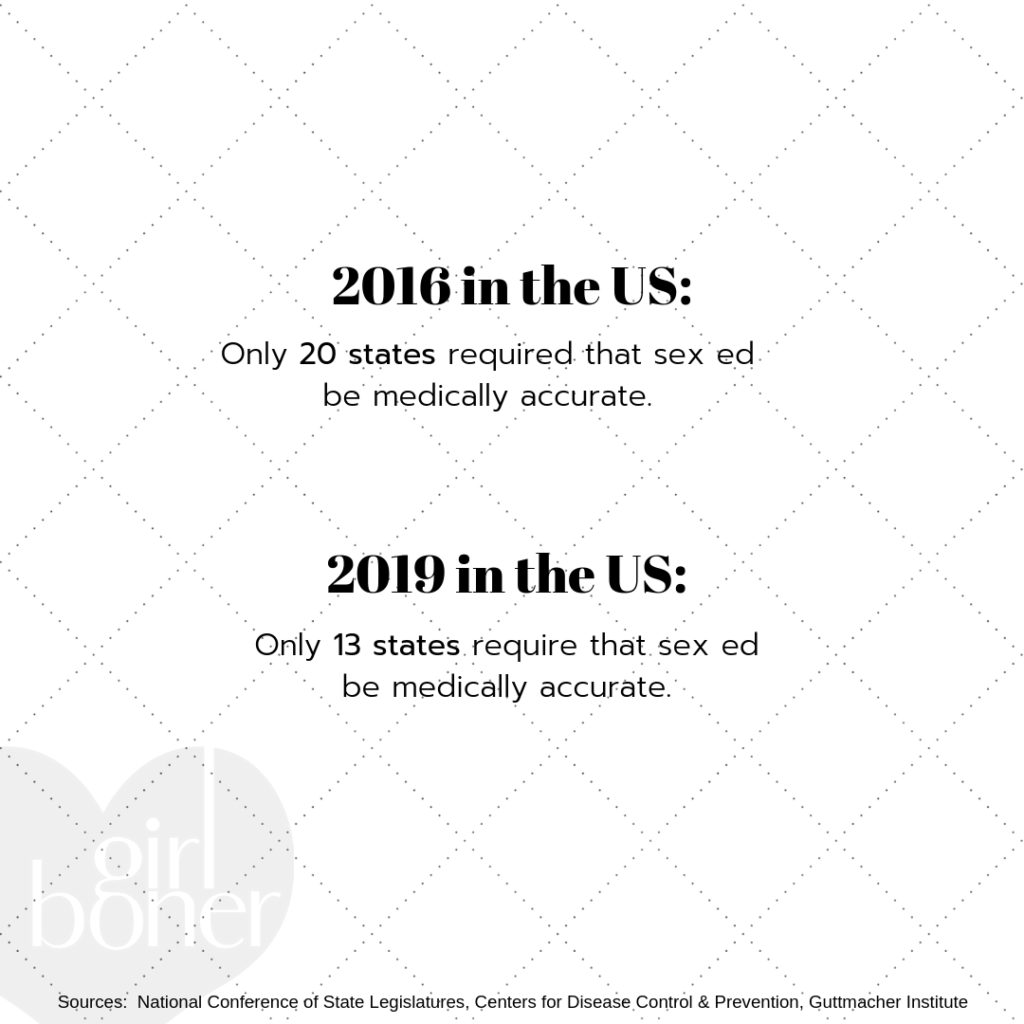 For those of you thinking, Wait. Why would any state allow sex education that isn’t accurate?

Great question! And one we should all be asking. And yet, none of this has made any major headlines of late. While the answers are complicated, not requiring scientific accuracy allows for “value-based” teachings, such as sex is inherently dangerous or only intended for procreation.

I personally believe we can honor people’s values and provide comprehensive, actually helpful education at the same time. The rewards of doing so would better the world and our culture in invaluable ways.

To learn much more, including which states don’t require any sex education and ways to work around these obstructions, stream the episode on Apple Podcasts, iHeartRadio, Spotify or right here:

What goofy message have you learned about sex or sexuality? What are you doing to help kids in your life to minimize sexual shame? What struck you most about the episode?