Home • Girl Boner • Super Gonorrhea and STIs: A #GirlBoner Chat with a Microbiologist

Super gonorrhea might sound a little like a superhero, if, well, it didn’t have gonorrhea tacked onto the end.

If you’re like many people, the last time you heard about gonorrhea, you were sitting in a classroom full of nervous adolescents, wondering if anything good could possibly derive from this whole sex-is-dangerous-don’t–you-dare-get-pregnant conversation. Or maybe you’re one of hundreds of thousands of folks in the U.S. diagnosed with the sexually transmitted disease each year. If you are, there is zero reason to feel ashamed. (Stigmatizing STIs and STDs is shameful—not you.)

Gonorrhea is on the rise, according to the CDC, and the second most commonly reported disease in the country. Lately, the drug-resistant form coined super gonorrhea has made global headlines. 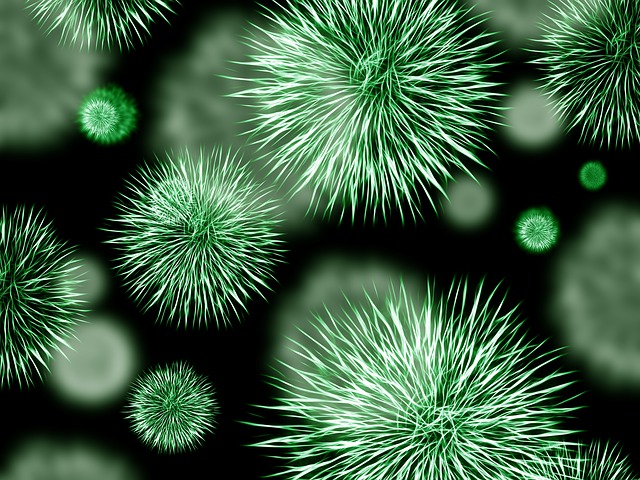 But what is super gonorrhea, exactly? How can we protect ourselves from it, and other STDs, and enjoy plentiful Girl Boner bliss at the same time? And how does body-positivity fit into all of this?

Last week, I sat down in the Girl Boner Radio studio with Sean Buono, PhD, a public health microbiologist whose research interests include sexually transmitted infections and public health research. We talked about STIs and STDs, including herpes, super gonorrhea and syphilis, how taking care of your sexual health can be a valuable form of body-positivity, LGBTQ sex education and more!

Read on for a couple of excerpts from our chat! Stream the full Girl Boner Radio episode on Apple Podcasts, Spotify, iHeartRadio or below. It also features a fabulous #AskDrMegan segment, for a listener who acquired chlamydia while she and her boyfriend were on a break. For a sweet discount on the fun products we mentioned, scroll all the way down.

AM: I’d love to leap from the one that is super duper common [herpes], to super gonorrhea. What is very crazy version—at least that’s what it seems like in the media—of gonorrhea?

SB: It’s kind of running in the curtails of a bigger problem in microbiology, where in the 20th century we discovered antibiotics. And it’s like okay, great, antibiotics. These are nifty little chemical drugs that we can use to kill or stop the growth of bacteria and then you’re healthy. The problem with gonorrhea is that every time we introduce a new drug to treat gonorrhea, the body builds up resistance to it. . .

You may have one bacterium that’s a mutant, that’s resistant to the drug you’re using. But you use that drug to kill off all the susceptible bacteria. So now you just have that one that has an advantage and can grow and multiply and pass on its gene to the next generation.

AM: Is it much worse symptom-wise, too? Or is it just harder to treat?

SB: It’s the same symptom-wise, but it’s much harder to treat. There was a CDC report that came out in 2012 that basically said we’re almost in the new age of an untreatable gonorrhea. The reason for that is penicillin doesn’t work, hasn’t worked since the seventies. We can’t used quinolone drugs, like ciprofloxacin. . . We can’t use some of the other drugs, such as azithromycin, because it is resistant to those. Now we’re really left with our last line of defense and now we’re seeing a few strains, mostly in Southeast Asia and now the U.K., that are resistant to our last tool we can use to really treat it.

AM: What are the symptoms? And if you can’t treat it, does it keep going on and on?

SB: This is the thing that kind of gets tricky. If you don’t treat it, the infection can go on and on. Symptoms can appear differently in men and women. In women a lot of time, it’s asymptomatic so many girls won’t know they’re infected with it. If you do notice, there can be a purulent discharge because it causes a lot of inflammation; in the area you’ll have a lot of yellow, thick discharge. In men, it’s quite apparent because you can have painful urination and dripping, thick, yellow discharge coming out of your penis.

So for men, it’s like “Why does it hurt when I pee?” You go to the doctor, and it’s like “Yep, gonorrhea. Here are some pills.” For women, I think 70 percent of cases or so are asymptomatic. Many women won’t know they’ve got it.

AM: Are there complications? Is it risky to have super gonorrhea if it’s not causing any symptoms?

SB: The complications are much worse for women, unfortunately. If it’s not treated, it can lead to pelvic inflammatory disease. It can actually ascend to the fallopian tubes, cause an infection and effectively make you sterile. So it is a big concern for reproductive health. For men it can cause epididymitis or epididymitis . . Those are sort of medical terms for, it affects your testes and makes it a lot more difficult for you to have children, too. Complications can arise quickly.

AM: Is gonorrhea one you’d get tested for at an annual physical?

SB: Definitely if you inform your doctor that you’re sexually active, they’ll usually have you pee in a cup or use a swab of some sort. Back in the day, they used to use a swab to kind of dig around in a woman’s vagina and really wiggle it around to see if it pick up gonorrhea or chlamydia. They can actually test now with rapid nucleic acid tests, so basically you’ll know in two hours whether or not you’re positive for gonorrhea or chlamydia.

AM: How does all of this interplay with body-positivity?

SB: I think about body-positivity in terms of being comfortable with yourself and knowing what’s normal and what’s not normal. For example, if you’re like me, a little overweight and on the heavier side, it’s important when you’re in the shower to check yourself out and move some of your curves around, so you can notice “This wasn’t here before,” and maybe go to your doctor and take care of it.

I have a few girlfriends who have said, “I never look down there, that’s scary.” But it’s like, “No, girl. You should know what’s going on, because how do you know if you’re infected with something?”

AM: If you have a vulva, I feel like it’s important to the mirror exercise. That seems very Vagina Monologues, but that’s okay. I love that play.

SB: Or even feel around a little bit and make sure things are fine, if things are set. For men, if you have a penis that has a foreskin, pull back the foreskin, does everything look cool? Do you have bump on it? If you do, maybe get that checked it out. It’s kind of [about] hygiene and not getting squicked out by our own bodies.

To save 20% on GIANTMicrobes—the fun, educational products we discussed in the episode—visit GiantMicrobes.com and use the code AUGUST20! They make great gifts for anyone with a “healthy sense of humor,” and for parents and teachers, too.