Home • Girl Boner • Tunes that Turn Us On

“Music gives a soul to the universe, wings to the mind, flight to the imagination
and life to everything.” — Plato 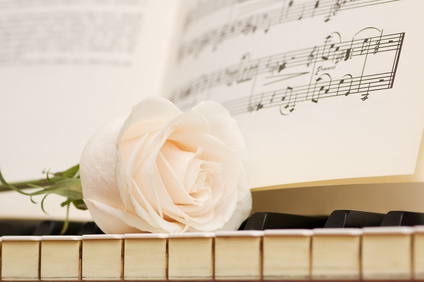 As many of you know, here at Girl Boner Central we believe that sexuality goes far beyond what happens between the proverbial sheets, and is far more prevalent in the air we breathe and our connectedness with others than what we see in pop culture. Every once in a while, however, a film comes along that seems to truly capture sensuality, or parts of it. I saw one the other day that did so in the most unconventional—and controversial—of ways.

In Stoker, a psychological thriller written by Wentworth Miller, the teenage India (played by Mia Wasikowska) grapples with the sudden and troubling presence of an uncle she never knew existed, just after her father’s death. In one of the most riveting scenes, India plays a piano duet with her uncle. As they play, palpable emotions rise up in India, her fervor crescendoing with the electrified song. It is, in a word, orgasmic. Really orgasmic.

What I loved about the scene wasn’t the familial sexual synergy, of course, but all that was felt and conveyed through music. It was more sexual than most nude-on-nude scenes I’ve seen, though no clothes were shed, and more sensual than many romance flicks, though their lips never touched. In fact, the scene barely involved the uncle at all. Through the ivory keys, India allows herself to be swept up into a state of hungry euphoria, perhaps discovering parts of herself for the first time.

I’ve often thought that music is the closest we can get to sex without having it. Melodies, harmonies, rhythms and lyrics can take us to entirely different realms, convey ideas and emotions where words might fail and touch places within us that can seem unreachable. I’m not ashamed to admit that Adele’s voice has tickled my Girl Boner, or that live concerts have turned me on equally or more than the ex-boyfriends I shared them with. Apparently I’m not alone.

A recent Spotify study I mentioned in a previous post showed that music is 40 percent more sexually stimulating than touch. The study involved thousands adults ages 18 to 91, about half women, half men. Without scrolling down or Googling, guess what the top sexually-stimulating music choice was for men and women.

The answer is…A! Are you as surprised as I was? If my husband blasted Dirty Dancing mid-foreplay, I might burst out laughing. Then again, I do see the GB potential in She’s Like the Wind, the most popular track in the study. Otherwise, I’d probably prefer Dido or Fiona.

Sexual Healing and Criminal both made the Cosmo’s “Best Songs to Have Sex To” list, along with R&B hits Cockiness, by Rihanna, and Usher’s Love is in This Club, and acoustic rock numbers, like Dave Matthews Band’s Crash Into Me. Other artists popular in the Spotify results include Ravel, The Righteous Brothers, Whitney Houston, Celine Dion and Aerosmith.

I suppose Girl Boner music functions like other aspects of sexuality. Personal preference plays a big role; what puts you in the mood might zap another’s, and vice versa. I also imagine that variety can help, by showing us what we and our partners enjoy and inspiring us to venture into new terrain. And no music, tantalizing or terrible, can make or break a sex life. Music is one of many potentially valuable tools.

If it works, use it! How funny/awesome would it be if a particular song made us boogie and strip? Or prowl around, arched and purring like Cat Woman? No song can likely make us do anything, obviously—even under hypnosis, unless we want that result. But I definitely believe that music can help us slip into more gratifying eroticism and rev good sex up to mind-blowing intensity.

What songs illuminate your GB? Do you use music often during sex? Does it turn you on in general? I love hearing your respectful thoughts, so share, share away!