Home • Girl Boner • When Nakedness Is (and Isn’t) Hilarious

Are you comfortable naked? I wasn’t for years, which made entering the fashion world in my late teens mighty interesting. Growing up in a modest, largely Scandinavian community in Minnesota, I wasn’t exactly prepared for the nakedness modeling involves. I wasn’t modeling in the nude, but quickly learned that changing in front of others is common, sans presto-change-o tricks I’d developed for high school gym class.

Before my fist runway show, I was standing amid of a group of runway models being fussed over backstage when my dresser approached and said, “Arms up!” As she stripped me down, the prom dress I’d be sporting at the ready, I learned that she attended church with my parents. (Hmm… Awkward!)

Then there was the time I took my sweet then teenage little sister for a picnic on the beach in Miami, only to realize upon plunking down with our sandwiches that we were the only females and the only clothed people on the crowded (fully nude and gay) beach! LOL Funnier yet was our attempt at nonchalance, as though that had been our plan all along. (“Popcorn, anyone?”)

I’m sure we all have silly stories about nakedness gone embarrassing or wrong. Nudity is a funny thing in our culture, but sadly not often in a laughable way.

As early as age-six, girls are starting to see themselves as sex objects, according to Women’s Media Center research, which results from media depictions, parents’ ideals and religion. Here are some of the reasons:

We’re bombarded with over-sexualized, “perfect” (fake, unhealthy and/or unrealistically proportioned) bodies in print and on the screen. Women continue to be heavily underrepresented in TV and film, and female characters who do appear are far more likely to appear seductively nude than male characters. And while there’s increasing pressure on men to look “perfectly” chiseled and fit, women are significantly more likely to appear over-sexualized in advertisements.

So…what can we do?

While we can’t likely change these double-standards quickly, solo or soon, we can make changes in our own lives. We can laugh about nudity when it’s genuinely funny, and steer clear of societal, media and interpersonal influences that make us feel crummy about our sexuality or looks. We can commit to never speaking badly about our physicality around others and celebrate what matters most: beauty that radiates from within. In doing so, we contribute to a world in which naked humor really is funny, and all that’s demeaning is the exception, not the rule. 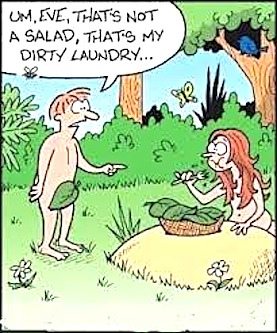 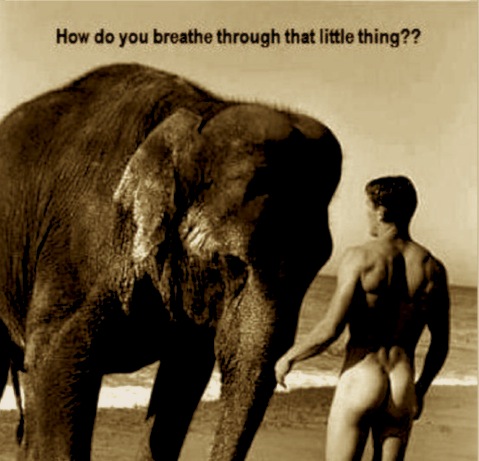 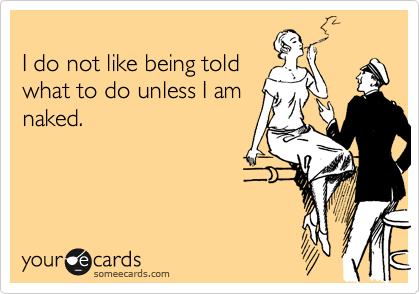 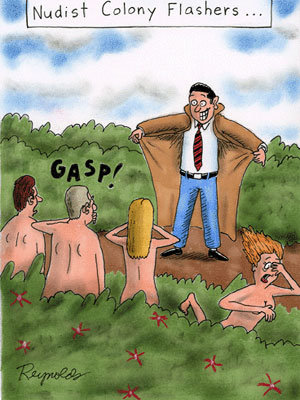 We should all be able to embrace and celebrate our sexuality and bodies, with and without clothes. I’m not talking about flaunting or developing arrogance for either, but giving them the full honor and respect they deserve. Through acceptance and self-love (which includes cultivating a happy, healthy sex life!), we’re better able to live empowered, gratifying lives. All of this makes us stronger partners, lovers, family members, friends and residents of this big beautiful world. Seems like a scrumptious win-win-win to me.

To find out if you could stand to gain comfort regarding your own nakedness and learn FUN ways to improve your sex-related body image, check out my latest radio show podcast on iTunes: Let’s Get Naked!

Okay, I told you mine—tell me yours! What’s your funniest nakedness story? How do you ensure comfort while you’re naked? What will you do to gain comfort that’s lacking? I love hearing from you! ♥