Home • Body image • Women in the Media: Why Our Stories Count

I wasn’t sure if I would post twice this week, given President’s Day and the soon-coming Beauty of a Woman BlogFest. Then I saw Miss Representation, Jennifer Siebel Newsom’s poignant documentary on the media’s portrayal of women. The 2011 release left me heartbroken and hope-filled, and my teary eyes more fully open. It heightened my determination to keep writing and supporting artists and creative works that uplift women, rather than hold us back or beat us down. 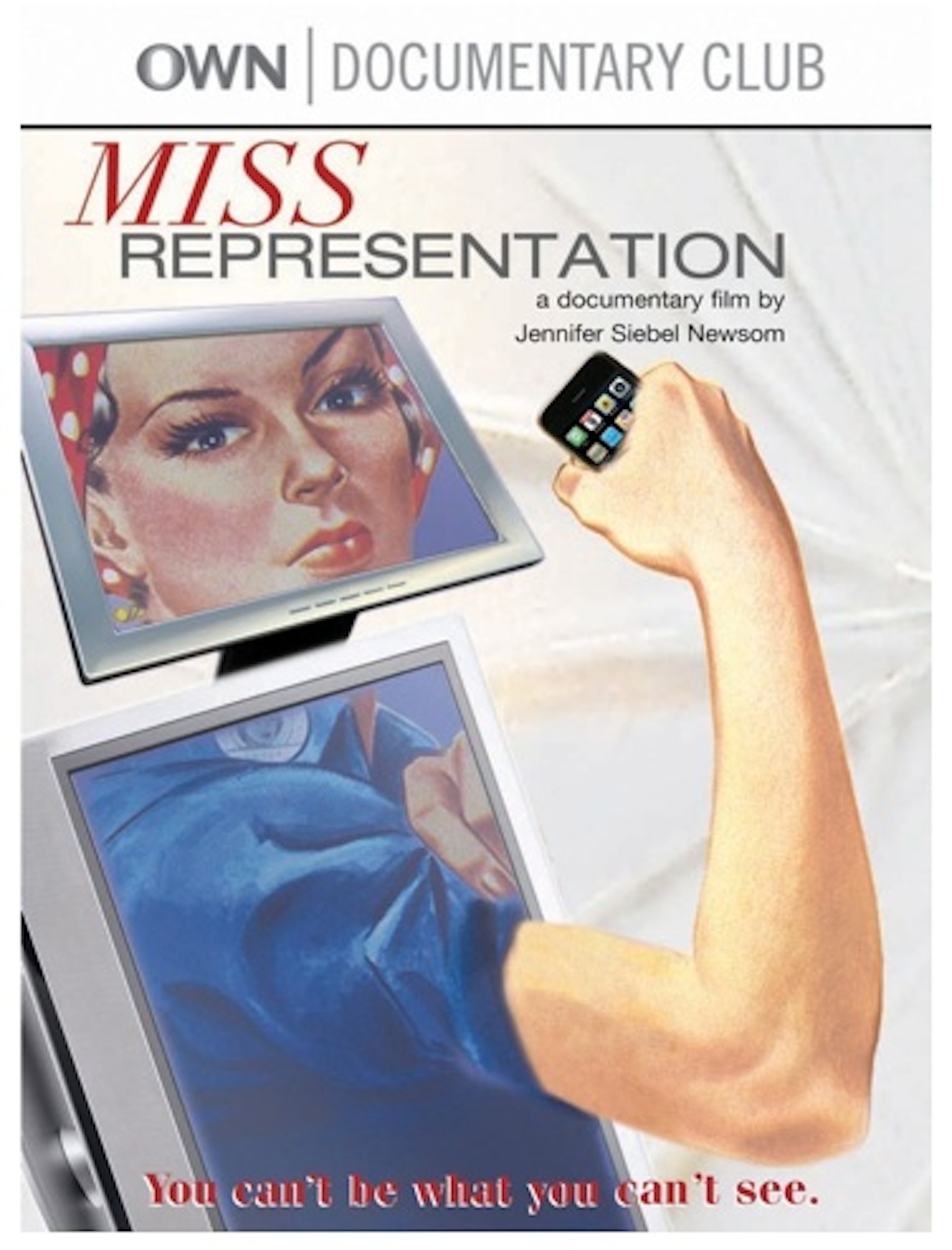 While I was somewhat familiar with its information, Miss Representation gave me perspective regarding facts and notions I’ve wondered about and believed—not simply about media or society, but my personal journey. I also appreciated the fact that the film depicted the misrepresentation of females not as a men versus women or conservatives versus liberals issue, but a human one; we all benefit from balanced, empowering media. If you haven’t seen it, I hope you will.

Women account for 51% of the population, yet hold only 3% of clout positions in telecommunications, entertainment, publishing and advertising. (This doesn’t necessarily make the content “wrong,” but imbalanced.)

“All of Hollywood is run on one assumption: That women will watch stories about men, but men won’t watch stories about women. It is a horrible indictment of our society of we assume that one half of our population is just not interested in the other half.” – Geena Davis

“Women and girls are the subject of less than 20% of news stories. “When a group is not featured in the media… it is called symbolic annhilation.” – Martha Lauzen, Center for the Study of Women in TV and Film 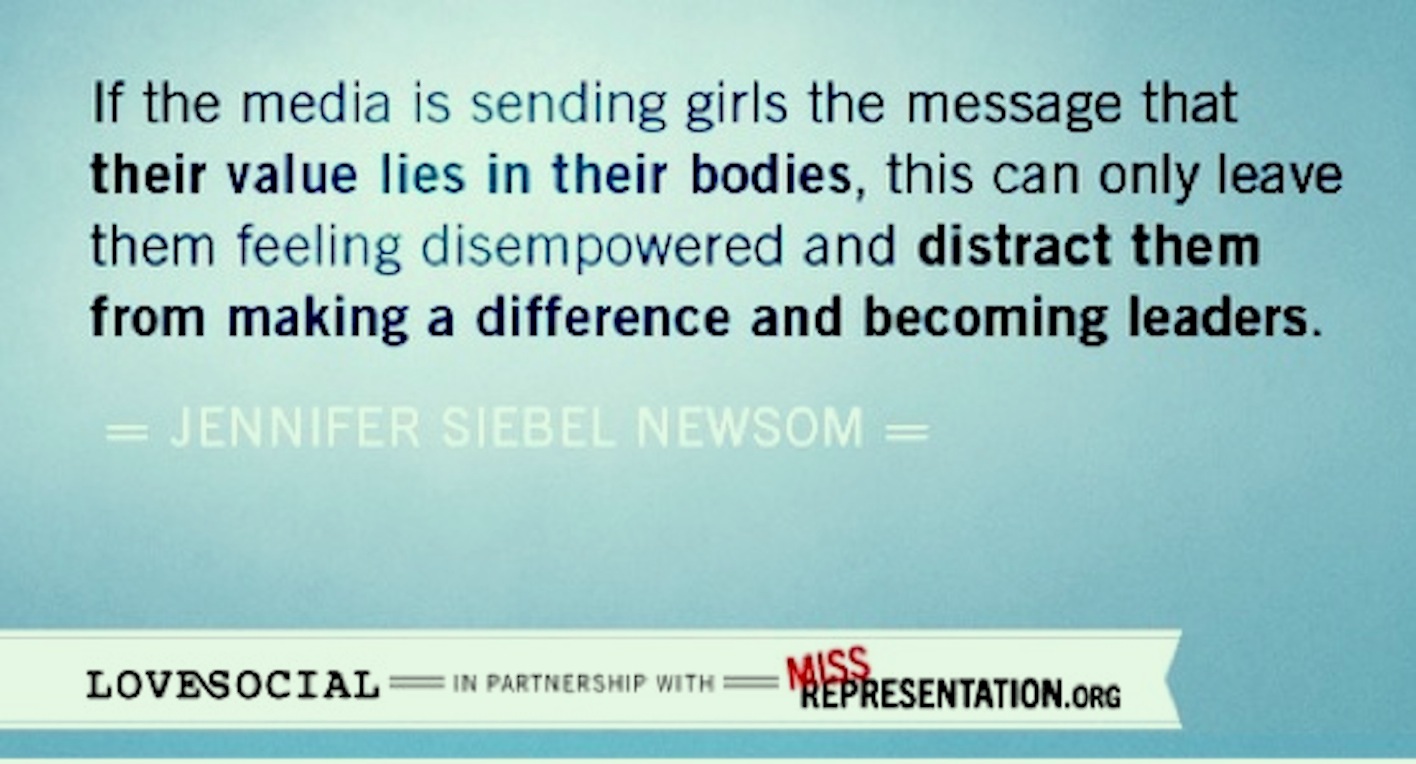 The number of cosmetic surgical procedures performed on youth 18 or younger more than tripled from 1997 to 2007.

Among youth 18 and younger, liposuction nearly quadrupled between 1997 and 2007 and breast augmentations increased nearly six-fold in the same 10-year period.

65% of American girls and women have reported disordered eating behaviors. (As a side note, a similar percentage of American adults are obese—a direct consequence of media’s portrayal of “beauty,” and the $45 billion diet industry, in my opinion—which is supported by vast amounts of research. ;))

If you’re as heated up as I am over these matters, good. As Gloria Steinem famously said, “The truth will set you free, but first it will piss you off.” A little fire can go a long way… 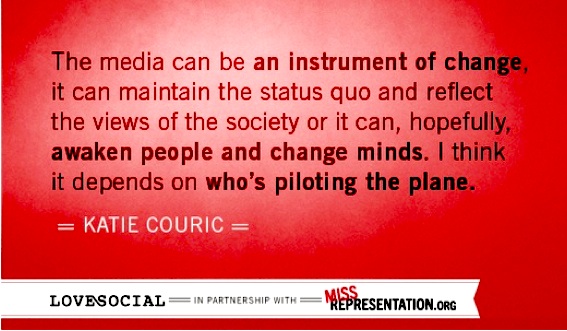 Miss Representation illustrates ways in which media can be both powerfully destructive and constructive. I don’t know about you, but Couric’s insight makes me want to join with like-minded others and put my pilot cap.

If I was excited for the Beauty of A WomanBlogFest II before, I’m excited-on-steroids now. I can’t wait to read participant’s posts as we explore and celebrate real beauty and the women who possess it. If you’d like to sign up, please do so by the end of the day Wednesday, February 20th by visiting BOAW. To participate as a reader, join us here this Friday.

Have you seen Miss Representation? Which of the facts most struck you? What are you willing to do to make media a more balanced, women-supportive place?