If the blogosphere were high school, Roni Loren would be a the cool girl. Maybe the coolest. When I stepped in as the new kid this past summer, I found her witty Tweets and fun, gossip-inspiring blog posts a wee bit intimidating. But unlike stereotypical teen cliques, Roni is far from snooty. Twitter led me to her blog, which led me to her website and information on her contemporary romance novel, CRASH INTO YOU. It sounded AWESOME. The only crushing part? We can’t read it until January. Being the impatient reader I am, I did the next best thing—approached her for an interview. I’m honored and thrilled that she accepted…

Roni’s bio:
Roni wrote her first romance novel at age fifteen when she discovered writing about boys was way easier than actually talking to them. Since then, her flirting skills haven’t improved, but she likes to think her storytelling ability has. Though she’ll forever be a New Orleans girl at heart, she now lives in Dallas with her husband and son. If she’s not working on her latest sexy story, you can find her reading, watching reality television, or indulging in her unhealthy addiction to rockstars, er, rock concerts. Yeah, that’s it.

About CRASH INTO YOU: 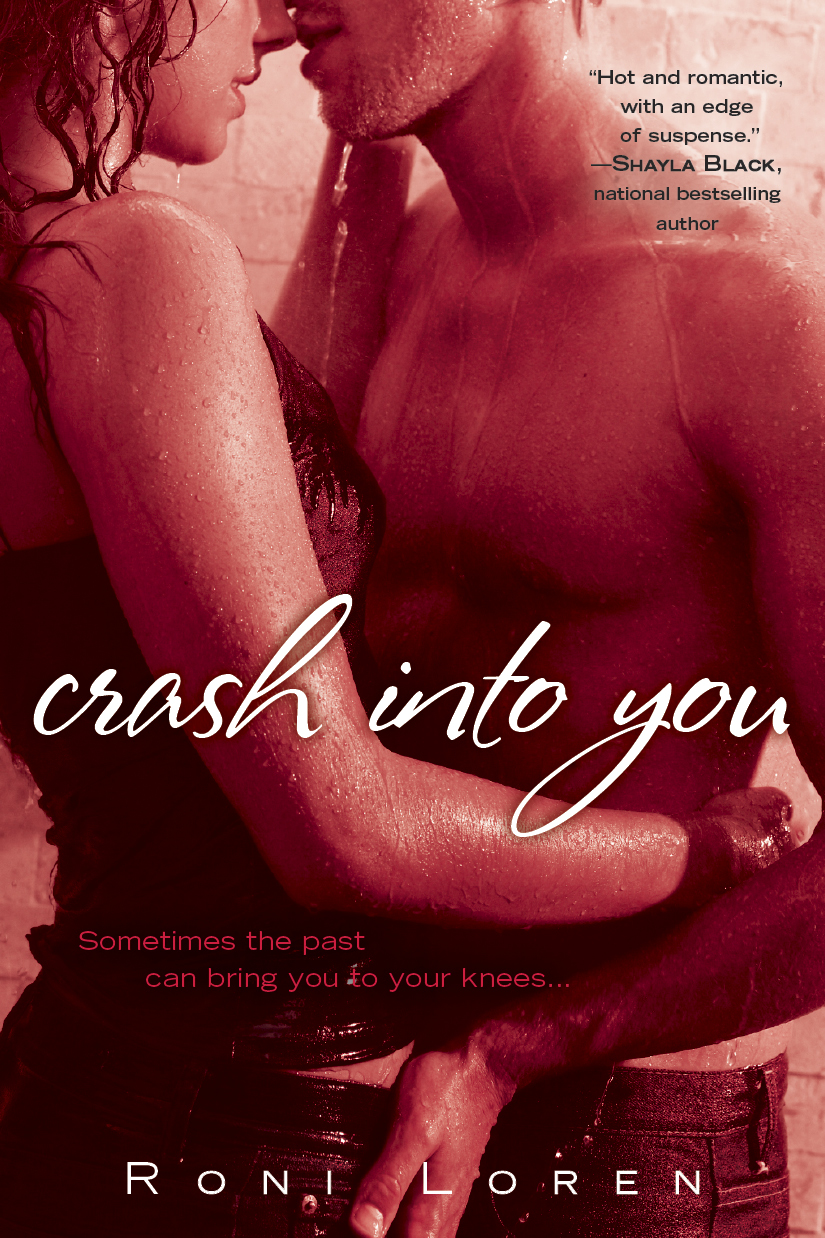 AM: Um, can we say HOT? How did you come up with this premise?

RL: It was one of those ideas that came to me when I wasn’t looking for it. I was working on a non-erotic contemporary romance at the time and then this idea started nudging at me. Before I started writing, I was a social worker and I had worked with a number of women who had been victims of rape. So I had the thought—what would happen if a woman who’d previously enjoyed being sexually submissive suddenly had this major trauma happen where her power was truly taken away? How would that affect how she viewed that role afterward? How could she learn to trust anyone again? What if she had to put that trust in someone who formerly betrayed her to get what she wants (in this case, to find her sister)? I answered those questions and CRASH was born. : )

AM: CRASH INTO YOU is the first in a series. Was this your plan from the get-go?

RL: No, I didn’t have the conscious thought to make this a series when I started. But I think I start every project with the vague hope it will be a series. As a reader, I’m a huge fan of series because I like to hang out with characters for a long time, so I think that’s why I naturally veer that way with writing too. And as I was writing CRASH, the hero’s friend Jace became such a strong presence in my mind that I knew I’d have to write his story too. (His story, MELT INTO YOU, comes out in July.)

AM: When did you first realize you wanted to write romance novels?

RL: After I started staying home with my son, I got the writing bug again. I’ve had it off and on since high school, but this was the first time I really decided, “Let’s do this.” But the first manuscript I wrote was actually paranormal YA. When I sent it to one of my beta readers, she said—whoa, this is very sexy for YA. LOL And, of course, the romance and steamy bits were my favorite parts of that book to write, so I realized—duh, write adult romance and you can write as sexy as you want! : )

RL: This is an ever moving target. I used to be a hardcore, don’t-tell-me-anything-different pantser. I did no plotting ahead for CRASH. I had my characters, their backstories, and the hook, then off I went. I didn’t even decide who the true villain was until halfway through the book, lol. But writing that way also meant going down a lot of rabbit holes I didn’t need to. So I went to the craft books and picked up Save the Cat by Blake Snyder and that book saved my writer butt. It’s just the right amount of story planning for me—not too detailed but hits all the important stuff. Now I can write a synopsis before I’ve written the story and I have a general map guiding me. Now I’m working on my edit-as-I-go obsession because I need to learn to write faster and not obsess over every word in a first draft.

AM: And (I’m sure you’ve never heard this question before ;))—how did you get your agent and publisher?

RL: A middle-grade writer (Natalie Bahm) who I met via blogging contacted me one day to let me know that her agent (Sara Megibow) was looking to sign more romance writers before RWA Nationals. Natalie had read a few excerpts on my blog that I had done for blogfests and liked my writing, so she offered to give me a referral. Sara was already on my dream list, so I took Natalie up on that kind offer and submitted CRASH. Two weeks later Sara offered me representation. We did a pretty major revision then went out on submission. She told me to expect the rejections first, but Kate Seaver from Berkley Heat made an offer before we’d even heard back from anyone else. I was a total Berkley fan girl and couldn’t have been happier.

AM: How do you envision the release in January? Will you be nervous? Totally stoked? Have you envisioned your novel on bookstore shelves??

RL: I’m experiencing a full range of emotion. I’m over the moon excited but also nervous about what people are going to think of it. Writing is such a personal thing and having your writing on display for the world kind of feels like standing in the middle of an auditorium naked and asking for opinions.

AM: What role do you expect your blog will play in promotion and sales of your book? Has it helped you in other ways?

RL: I love blogging. As I mentioned above, I wouldn’t have gotten a referral to my agent without my blog, so it’s played a big role so far. The people I’ve met and the support that’s out there for other writers are by far the biggest benefits of blogging. As for promotion, I take the mindset that it’s all about building relationships and being a real person. My blog isn’t there for me to yell “buy my book!” I just hope that the relationships I’ve developed will naturally translate into people being open to trying my book and being supportive.

RL: Be genuine and be uniquely you. Your blog is about letting people in and getting to know you (and all your quirks and weirdness). Don’t start a blog with the intention of replicating what someone else is doing. What’s successful for one person may be the wrong path for you. Play to your own strengths. (Guess that’s more than one tip, LOL.)

AM: What do you most hope readers will gain from CRASH INTO YOU?

RL: A world they can get lost in with a few laughs, a lot of sexiness, and a hero and heroine they can root for.

AM: I don’t know about you all, but I’m rooting for Brynn, Jace and Roni already. 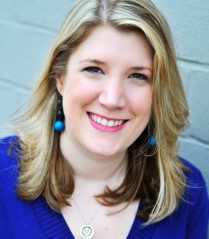 Roni’s debut novel, CRASH INTO YOU, will be published by Berkley Heat January 3, 2012. For more information, visit her website: www.roniloren.com and writing blog.

Are you as eager to read CRASH INTO YOU as I am??? Any thoughts to share with Roni?