Home • Girl Boner • Candace Bushnell: Is There Still Sex in the City?

Candace Bushnell is one of the most culturally influential authors of the past two decades. Her hard-won successes started with an epiphany when she was just eight years old.

“I think I was probably reading Little House on the Prairie,” she told me during our Girl Boner Radio chat. “I had this moment that was like angels from heaven, or whatever, and it was just like, ‘I’m going to be a famous novelist.’”

Lucky for all of us, she held tight to that commitment. In 1994, while writing for The Observer, Candace landed a column she’d been envisioning and working toward for years.

“I really saw it as being something that was like Dickens,” she said. “I wanted to write fiction and I wanted to get paid for it, and I had been developing this kind of writing that’s journalistic fiction. It’s about women. It’s about relationships. It’s about people. It’s about society.”

That column was Sex and the City. Two years later, her book of the same name would be published, setting the stage for the hit HBO TV series and two subsequent movies. She’s penned nine critically-acclaimed, international bestselling books and seems to have only grown wittier more insightful with time.

It was such a pleasure to interview Candace Bushnell about her professional journey, her latest book, Is There Still Sex in the City, and more.

Stream the full Girl Boner Radio episode on Apple Podcasts, iHeartRadio, Spotify or below! Read on for just a few of my favorite highlights.

Who is the real Mr. Big?

“The real Mr. Big—and actually, you can Google it, so I don’t feel like I’m betraying any confidences—was…the publisher of Vogue. I was crazy about him and I called him Mr. Big because he really was the big man on campus. He had charisma. He knew everybody… He knew like the most powerful, glamorous women in the fashion business. He was really fun…and for some reason, I also felt like maybe I wasn’t quite good enough for him. But now, when I look back on it, I wonder if he didn’t feel that he wasn’t good enough for me.”

“Real sex is about communication. It’s a lot more like a massage, honestly. It’s touching people who are good at sex. It’s about that ability to read somebody’s body and know what they like… If you don’t know how to pet your dog, you’re going to be bad at sex.”

What she’s proudest of professionally

How she feels at this stage of her life

“Well, you know, I feel pretty good… I’ve learned a lot and I know a lot. I’m 60. I’ve been working professionally for 41 years. And you feel like…you know what to do. The question is whether or not people are gonna let you do it. That’s what I’m trying to find out. I’m like, ‘Get out of the way; I’m taking over.’ But nobody wants you to do that… I yell at people a lot…I can’t help it.” 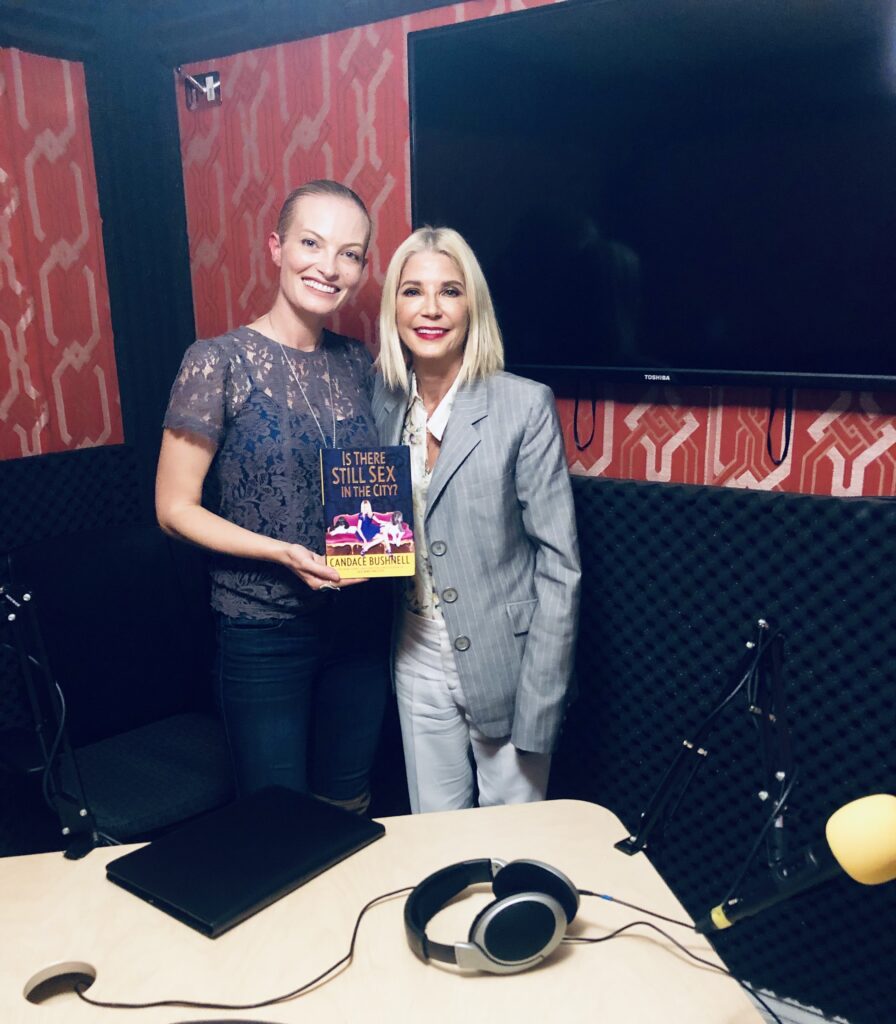 Stream the full episode up above or on your favorite podcast app! It also features wonderful thoughts from Dr. Megan Fleming for a listener who’s nervous about menopause.

Follow Candace Bushnell on Instagram @CandaceBushnell. Purchase Is There Still Sex in the City? anywhere books are sold.