I recently sat down with Carol and David, radio hosts and creators of The Sexy Lifestyle, on Girl Boner Radio to explore their unique love story (including how they ended up  marrying each other’ exes), common myths about swinging and why they credit the lifestyle for strengthening their marriage.

Find the full episode on iTunes/Apple Podcasts, iHeartRadio, Spotify or below! Read on for some of my favorite takeaways. 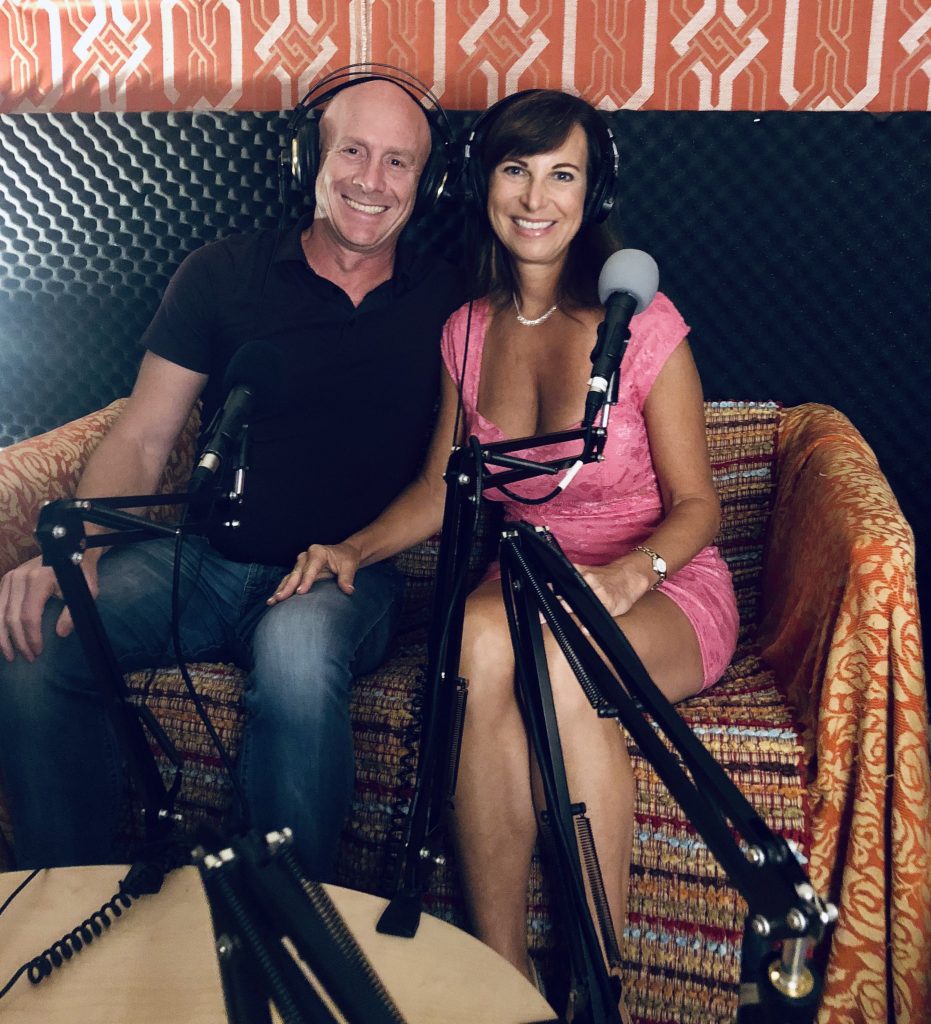 1 Swinging is pretty underground, but more common than many people think.

The Kinsey Institute estimated that about 4 percent of people partake in the swinging lifestyle, yet according to Carol, many people don’t even realize it’s a thing.

“My whole life I’ve been traveling the world. I’m a very worldly person. I consider myself a smart person,” she said. “And yet I had no idea that [swinging] was out there. So I guarantee you that a whole lot of people have no idea that this whole underground world exists.”

2 Most swingers are “everyday people” who value respect and creativity.

If the notion of swingers draws up the sex-version of a pushy Amway salesperson, think again. People often imagine swingers as a certain type of person, from manipulative to outwardly sexual 24/7. But more than likely, you’ve met swingers without realizing it.

“What’s very interesting about swingers is if you saw them at a grocery store, at the soccer field, at a PTA meeting, you would never know,” said David. “If you went to a party…they’re going to be there. Everywhere you go, [and in] all walks of life. There’s policemen, doctors, nurses, politicians.”

The same “everyday people” David described often turn to swinging as a way to step into an alternate persona. “…it’s incredible how you see this soccer mom turn into this absolutely gorgeous swinger when they go on vacation on a Saturday night,” he noted.

When I asked Carol if she felt it provided a means of role play she said, absolutely, adding: “We all love to play and play dress up. And as a swinger, you get to do that as an adult. And being a sexy diva, when you’re a soccer mom or a mom is kind of cool.”

4 Most swingers aim to strengthen their already healthy relationship, not cheat.

While some people equate swinging with cheating, and folks can cheat within any relationship style, swinging is almost the opposite, from an honesty standpoint. Swingers tend to prioritize open mindedness, exploration and communication, with the goal of enhancing a relationship, not straying from it.

There’s no need to cheat, said David, when you can talk about most everything and indulge in agreed upon fantasies at the same time.

Similar to opening a relationship up in attempt to fix deep-rooted relationship problems, swinging won’t help there.

“You have to have a strong, loving relationship, otherwise you can’t be a swinger, period,” said Carol. “Over and out. “

“If you go into swinging situation trying to fix your relationship, you will crash and burn,” David added. “And the other couples who are swingers will see you right away. You’ll be this big bright light at the party because you’re not connected. You’re not on the same page, and it shows so quickly when you’re in an environment where there are all these amazingly strong couples who can talk about anything… This isn’t about drama.”

6 Swinging can bring a greater sense of gender equality to a relationship.

During our chat, David mentioned that in their experience, women take the lead in the swinging community by heading up most of the decisions. This brought up the topic of lesbian swingers and made me curious about gender expectations within the lifestyle. I asked Dylan Thomas, co-host and producer of the Life on the Swingset podcast, to weigh in and loved what he had to say, especially this:

“Swinging, when well thought through and done with equal partners, offers a lot of women a level of agency and the ability to express desire that many never felt able to, so compared to life before swinging and life after swinging…we realized it really wasn’t a woman-lead lifestyle, it was just a lifestyle that offered a real shot at equality between men and women in their relationships, both in the ability to express desire, and to act on that desire. Sometimes that results in women taking the lead, but I think more often it’s just a function of opening minds to new possibilities.”

Learn much more about all of the above in the episode, which also features a wonderful segment with Dr. Megan Fleming, for a listener whose relationship feels strained due to stress around a job loss. To submit a question for Dr. Megan and me or to request topics for upcoming episodes, click here.