You might think that being raised by hippies who were “groovy about sex” would set you up for a lifetime of sexual empowerment. But even the grooviest of kin won’t necessarily protect you from negative messaging around sex and sexuality.

Take it from Emma Arnold, a gifted comedian I had the pleasure of interviewing during my recent trip to Boise, Idaho. It was my first time recording a Girl Boner Radio episode live for an audience and I couldn’t have asked for a better audience or cohort. 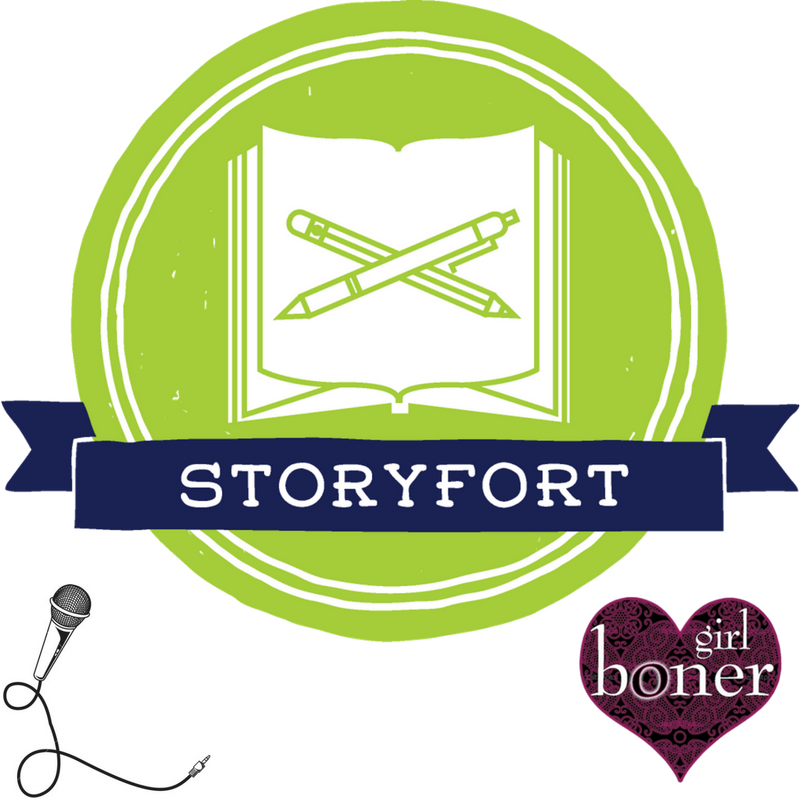 Stream the full Girl Boner Radio episode on iTunes, iHeartRadio, Spotify or below! Read on for a few highlights from our chat. The episode also features a fun #AskDrMegan segment on potentially embarrassing sex sounds and a fetish that was brand new to me!

Would you share what you learned about sex and sexuality growing up?

My parents are mountain hippies—teepee loving hippies—so sex was actually pretty groovy and talked about. I saw my parents naked a lot. We were nude hot springers. My lesbian aunts lived with us and they had a sweat lodge in the backyard, so there were always a lot of lesbians coming in and out naked and sweaty. We had a book for children about sex. The cover has a rather robust couple standing in front of bathtub, and it was like, ‘This is a penis, man.” I was the only kid like that, because I grew up in Idaho and all my friends were Mormon. So on our bookshelf it was The Joy of Sex and Our Bodies, Our Selves, and my friends would come over and pour through these books and be like, “WHAT?”

So did you find yourself not having unanswered questions about sex?

No. For as groovy as my parents were, I don’t think anyone really talked about orgasms. It’s funny, too, since I grew up around a bunch of lesbians. Maybe it was because I remember being out in the hot tub once and I looked up and saw my aunt and her wife. We had a shower window that was frosted, and I saw them making out and I remember thinking, ‘Oh, goddamit. That’s going to stick in there forever.’ Like as of right now, I could draw you a picture of it.

Surprisingly, I grew up around all of these empowered women, but female sexuality wasn’t really discussed. I don’t think I masturbated until I was like 21, not successfully. I kind of knew something was happening down there once in a while, and I honest to god married the first guy who found my clit. I was like, ‘Okay! He’s a magic man. This is what love feels like,’ so I married him and it wasn’t until later I knew I could do that myself.

Did you learn anything in school about sex ed?

I’m in Idaho, so no. In fifth grade, they separate the girls and the boys, and the girls go watch a video and the girl video is like, “Well, now you’re bleeding and that’s gross.” It was basically like, “Tampons, yuck. You’re going to start maybe shaving, good luck with that.” But the woman who was showing us the video didn’t know we were only supposed to watch the girl video, so she started showing us the boy video, too, and we were about halfway through when the principal came running in and was like, “No…” We were right at nocturnal emissions, and she was like, “No, no, no.”

You know what is so sad to me? We only learn about nocturnal emissions for boys. Girls, people with vulvas, also have wet dreams and it’s not talked about.

It didn’t even occur to me that girls masturbated. I grew up around boys. For three years I actually identified as a boy, now what we would call non-binary, but back then it was just “Emily’s a little weird.” So I hung around a lot of boys, and they made a lot of jerk-off jokes. So I knew that boys did that, but nobody talked about girls doing that. So I think I just didn’t know that it was an option. I think that’s why I became sexually active so young, because this was the only way to get that as a young woman. I mean, I’m not saying I wasn’t a pillow humper. I just didn’t really know what I was doing… I would’ve never told anybody. Girls wouldn’t have admitted masturbating, ever.

I was sexually abused really young, starting from the time I was a baby until I was about nine years old, so that had something to do with it. Sex was sort of taken away from me so young. There was a lot of shame around it. Also, I was really badly physically abused, and I would self-soothe. I figured out that pillow humping felt good.

Thank you for sharing so vulnerably. What’s most helped you heal?

It’s been a long process. I’ve been in recovery for about six years, and I had about four years of sobriety, then I had a relapse. My [twelve step] meetings have helped me… Therapy’s helped me a ton.

Journaling is probably one of the healthiest, most helpful things I’ve done—just bookending my every day with what I’m grateful for, setting my intentions for the day. At the end of the saying, “How did I do? Who did I hurt? What did I get wrong? What did I get right?”

It can be a challenge to allow big feelings, versus diet them away or drink them away, or whatever the addiction is. Have you struggled with that?

Oh, yeah. My family is Swedish and you do not feel things in a Swedish family. You tuck it away. Even little things like “What’s happening right now? You’re happy. It’s okay.”

Looking back, I’ve probably been numb about 35 years of my life. So now to come out of that, and be very soberly in my life, has been pretty overwhelming. I’ve had pages of all caps where I had to be gentle with myself and be like, this is okay. You don’t have to judge it. This is some crazy shit. It’s okay. An “all caps” morning is where we’re at.

I think the biggest thing in my recovery journey has been self acceptance, just letting myself be who I am with flaws. If something happens, like “ooh, you’re feeling jealous,” that’s okay. That’s who you are today. That’s what’s coming up right now.

How has comedy played into all of this? How has it changed you?

Before I started comedy I was very mousy, very quiet… I was in a pretty abusive relationship and I was pretty beaten down. Comedy helped me find my spine and find my voice and learn to speak up for myself. But at the same time, it’s a really difficult job to do and like yourself because you’re basically in front a room of people saying, “Like me, oh my god, please. I feel like such an asshole up here.”

I do a lot of activism for women and for survivors, so I’d say that’s been a big part of my comedy journey. I also think it’s given me a lot of bravery. I think most of us have an image of who we are. I was a bookish kid, a weird, sad kid, an honorable mention kid… I feel like comedy has given me a relationship with other sad, bummed out weirdos. As much as I’ve shit-talked people in the industry, I’ve met some of my closest friends here. I travel the world and have met incredibly fun, charismatic people want to hang out—go to a museum or a hockey game. There are kind people everywhere you go. Comedy has given me sense of community, a lot of really funny friends and a big fat mouth.

For much more, stream our chat above, grab Emma Arnold’s album SHUT UP, CALVIN and follow her blog. Her comedy special will release soon on YouTube.

For more highlights from my Girl Boner adventures at Storyfort, find live tweets and a quick video here. For a few photos, click here. Big thanks to everyone at Amberjack Publishing and Storyfort for making my visit so extraordinary!