To me, Getting Off is one of the most important books of our time. It’s not only beautifully written, but sheds light on stifling taboos surrounding female sexuality and offers, by way of example, another way. Imagine what might happen if we all felt free to embrace our desires and selves, our “shadowy sides” included.

Stream our interview on iTunes, iHeartRadio, Spotify or below! Read on for highlights from our chat.

Sex Addiction and Self-Acceptance: An Interview with Erica Garza (Excerpts)

AM: You wrote, “At 33 years old, at 24, even at 12, it was impossible for me to think about sexual pleasure without immediately feel shame.” Looking back, when did you first recognize the shame?

EG: The first time I masturbated and experienced an orgasm, I remember feeling pleasure the whole time, but the orgasm itself was such a blissful moment and full of exhilaration. Right after that, it was almost like a comedown. I felt tremendous shame. I’d never heard anybody talk about sex, let alone masturbation, and I had no idea what I was experiencing. So it was just shrouded with a lot of secrecy and mystery. I figured because nobody was talking about it, that I must be doing something wrong, and it was really hard after that to separate those two feelings.

AM: You were diagnosed with scoliosis at 12. Were you already experiencing shame around your sexuality or did that kind of follow?

EG: I had already been experiencing shame based on the silence around sex… When I started to use it to escape from all the worry and stress that I had around the scoliosis, because I was doing it so much more, the shame was just confounded in that.

AM: It sounds like the threshold kept increasing, which happens with addiction. At what point was it really detracting from your whole life?

EG: When streaming porn sites became available, I really felt like I had instant access whenever I wanted it, any hour of the day, and whatever I wanted to see—even things I didn’t even think to want. All of a sudden, I had all of this new material to look at and it was really enticing and engaging and hard to stay away from. I really felt like it was easier for me to go to a screen and feel something instead of interacting with people in my real life, so I began to feel really alone and isolated rom other people. 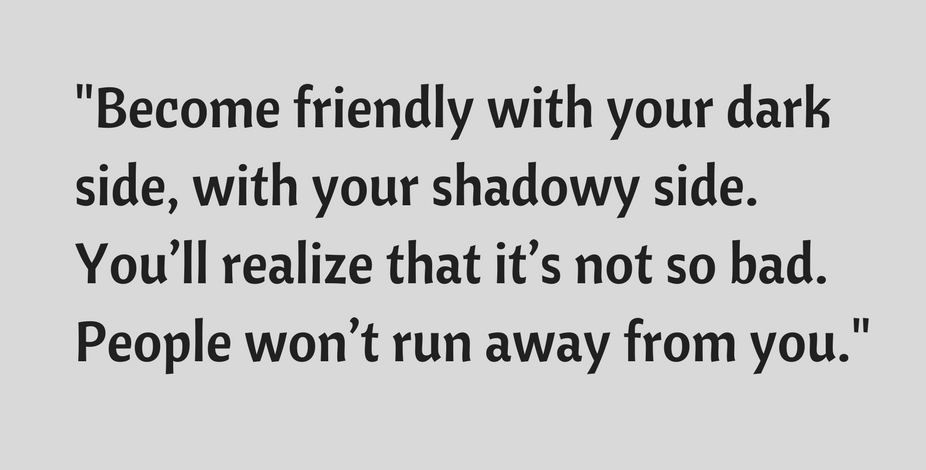 AM: Did it keep you from engaging romantically? Or did you crave not only orgasm, but experiencing it with another person?

AM: Could you speak to that awareness of really recognizing that you had an addiction?

EG: At least for me and sex addiction, it’s not something that you just realize one day: now the door’s open, let’s change. It was a really gradual progression of a series of realizations. I think the biggest thing for me was throughout my twenties, I’d sabotaged so many relationships, friendships as well. There was one relationship in particular that was the closest I’d come to love and to intimacy… It was otherwise really healthy, but I didn’t feel like I deserved that in my life, and so I messed it up. I ended up leaving a good relationship for a man that made me feel really used and didn’t value me very much, and so I didn’t value myself very much and I thought that was really sad. I really wanted to change.

EG: I think that’s a big disservice to people who are suffering and who identify as addicts. It’s a hard thing to come forward and want to face your problems. And to say to somebody, “Well, that’s not a real thing,” and not offer an alternative solution to that, I think that’s really sad because then they don’t feel like their pain is valid or that there’s a community of support that they can turn to. So they end up just shutting down and feeling more ashamed than they already do.

AM: Is any of this still an issue for you?

EG: It still is from time to time. I think that comes with being a human being. Of course I’m going to be triggered. Of course worry is going to come up, and self-consciousness and shame. The difference now is, I don’t allow myself to escape anymore. I face those feelings. I become friendly with those feelings. And I realize that it doesn’t have to stay that way and those feelings will pass.

AM: There are so many takeaways in your book, but what’s one message that’s particularly close to your heart?

EG: You are worthy of desire. I think that’s a big one to me. And if I could add a second one, tell your secrets… Even if it’s writing it down on a piece of paper that no one will read. Become friendly with your dark side, with your shadowy side. You’ll realize that it’s not so bad. People won’t run away from you.