I feel so fortunate to have started the Girl Boner Radio year with two powerhouses who are doing so much good for so many: Blossom C. Brown and Jimanekia Eborn.

Blossom is an actress, producer and activist who’s been featured on I Am Cait and the Ellen Degeneres show and whose advocacy recently went viral during an LGBTQ Town Hall meeting for presidential candidates. Jimanekia, a queer media consultant, sex educator and sexual assault and trauma expert, recently founded Tending the Garden, a retreat for femmes of color who are survivors of sexual trauma.

Together we talked about pleasure after trauma, why femmes of color need and deserve their own healing spaces, facial feminization surgery, HIV care in trans communities and more. With Dr. Megan Fleming‘s help, we weighed in for a listener and survivor who wants to delve into partner sex after years of solo play only. 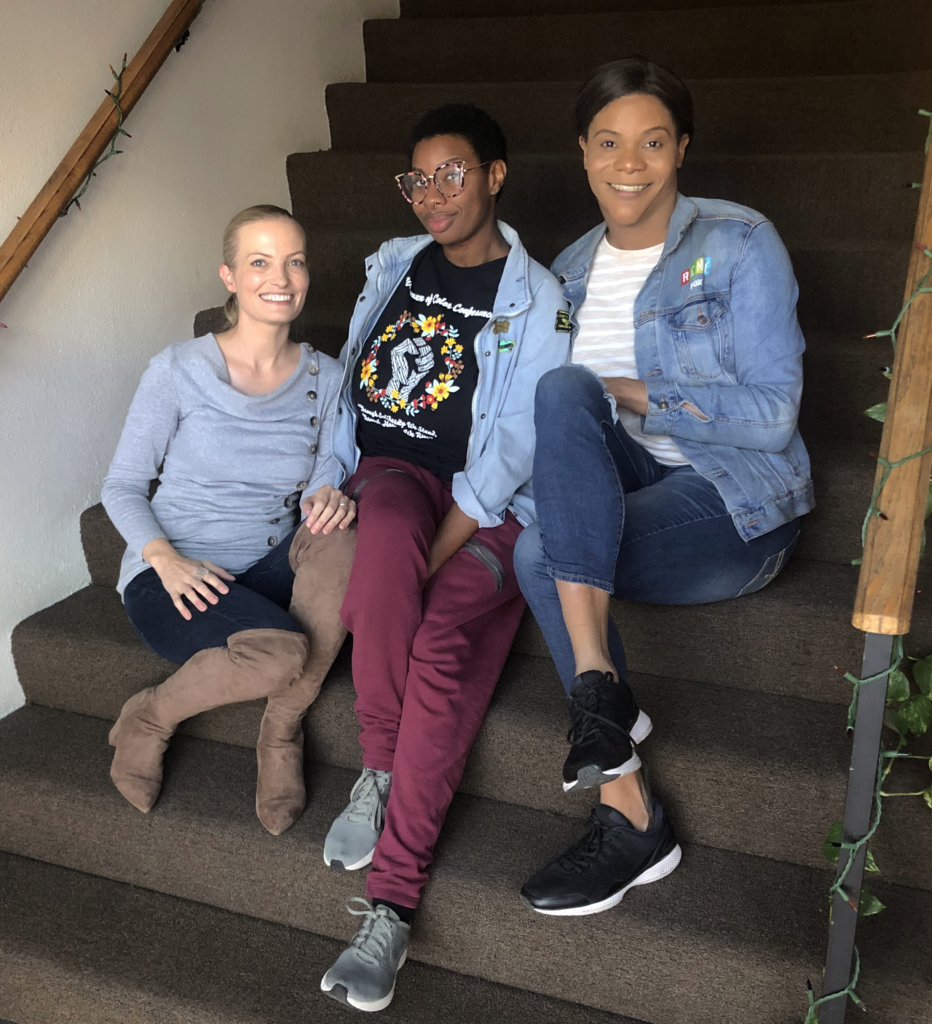 Here are just a few of the highlights that struck me most:

When I asked Blossom how cisgender folks can be better allies, whether through a gender-affirming surgery process or any time, she said:

“Allies have to get to a place where they start becoming accomplices. And this is what I mean by that. Anyone can say that they’re an ally. But if your actions don’t meet with your words, you’re not really there for the cause. Now with an accomplice, you don’t have to worry about loyalty. You don’t have to worry about are you going to be on the front lines with us because you’re going to be with us 110 percent. Before I can even pick up the phone to call you, you’ve already called me 20 times. That’s what accomplice-ship looks like.”

Jimanekia shared thoughts on why healing spaces for femmes of color are so vital, including what prompted her to launch Tending the Garden. Her story about coming up with the space during a silent, meditative retreat (involving no talking, writing or reading for daaays) is not to be missed. I also deeply appreciated this:

“Why do we need these spaces? Because they’re not provided to us. They’re not supported for us. I’ve been in mental health going on 11 years… I’ve worked in many different spaces that had money and spaces that didn’t have money. But what kept coming up in all spaces was sexual assault survivors. And it didn’t matter it if was with men, women, eating disorders, whatever… And what I also saw was the lack of respect and support for anyone who had melanin in their skin. So as someone that clearly is affected by this, my black queerness over here, I’ve seen it. [When it’s not your company], you can only do so much. And I was like, I can’t do this anymore.”

Tending the Garden is a space for healing, where marginalized survivors will be pushed out of their comfort zone and emerge stronger. “No longer will they feel like a burden for their traumas or be trapped by them,” the retreat’s website explains. “No longer will they feel alone in their healing journeys. Instead, they will finally get to exhale, be themselves fully, and tend to their gardens.”

Learn more about and donate to Tending the Garden at tendingthegarden.love.

And shop for toys and more sexual health products at The Pleasure Chest!