I first met Torsten Schwick when he was working as editor-in-chief for Boner Magazine, the largest free gay magazine in Europe. I reached out to the publication because, well, we Boner folks need to stick together!

I was immediately struck by Torsten’s kind heart and inquisitive thoughtfulness. (We chatted by FaceTime for a Boner Magazine feature you can find here.) Months later, I accidentally dialed him in the middle of the night and woke up to a concerned text reply. He wanted to make sure I wasn’t lost or harmed in Germany and reaching out to someone I knew for help. I’ve considered him an honorary brother ever since.

More recently, I wasn’t surprised to learn that he’s up to more goodness of the culture-shifting kind: launching a luxury magazine dedicated to marriage equality. Aptly titled Sacrament, it’ll be “empowering and political,” he said, but also “glamorous, aesthetic and fun.” Meanwhile, it will give the LGBTI* community another worthy voice.

Read on to learn more about Torsten’s mission, ways to support it and his thoughts on love.

You mentioned that your awakening sexuality was “poisoned for lack of acceptance and positive role models.” Could you share more about that?

When I came out to my family, the first reaction was that they’d wished it was different. Not for them, but for me. In the early nineties, the AIDS stigma sure played a big role in this. But the general idea of what life for a gay man meant was to either socialize in shady bars or live in the closet.

And it was true: the only places where I could meet sexual partners were cruising grounds and rent boy bars. Community spaces were scarce and often highly political, so not necessarily a welcoming place for a 16-year-old who just wants to get laid. A sense of shame or fear was present in most sexual encounters. To overcome this, my partners would often drink too much or take drugs… I learned to deal with my sexuality and the associated shame without even realizing I was ashamed. This all escalated in my early thirties when I entered a phase of strong substance abuse and it took me a couple of years of therapy and personal development work to get out of the chem-sex circle. I understand now that I had internalized shame, fear and even homophobia to a level where it became highly self-destructive.

What were the repercussions? How did you eventually move forward?

I’m fine now, but I live with a substance affection disorder that would not have had to surface or manifest in the first place. I lost some good years, some friends, fucked up great job opportunities. My health had suffered, physically and mentally. To quote Nietzsche, “For when you gaze long into the abyss, the abyss gazes also into you.”

My way out was a way forward. I started dating guys who explicitly don’t do drugs or drink excessively. I would work out every day and surround myself with people who I consider sane and who make me laugh and are able to think outside the box. I questioned my life choices, my behavior and sought a work environment where I could openly talk about sexuality. There are still moments when I tell myself I wish I wasn’t homosexual. But then I call a gay friend or watch some drag race or anything queer and get over my pathetic notion of self-denial.

Tell us about Sacrament. What do you most hope to accomplish?

Sacrament is going to be glamorous and entertaining. We want future spouses to see it as their Bible of advice for the most wonderful wedding. While we are aiming to be fun, elegant and high end, our core message is much stronger. It’s a message of love and equality. And by dedicating a magazine to gay weddings, we want to make it mainstream, normal. We want to give a voice to marriage equality. A nice, fun, gorgeous and well-deserved voice. 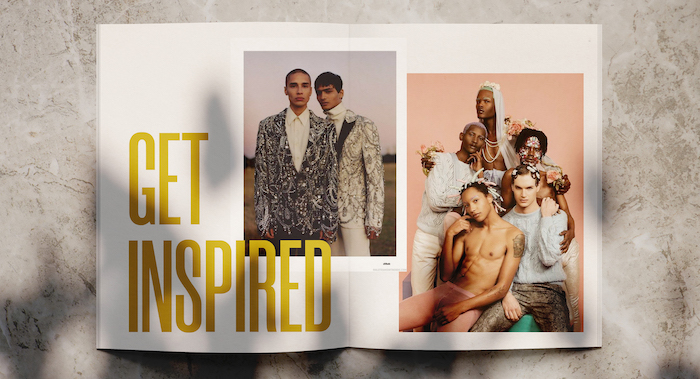 What do you wish more people understood about marriage equality? How will Sacrament play a role here?

First of all, we want people to see how normal it should be that two persons in love are allowed to get married if they want to. Why wouldn’t they be? A wedding is a celebration of love, and every love is worth being celebrated.

Second, it is a political statement. In fact, we got blocked from promoting the Kickstarter campaign with ads on Facebook because the topic is “of political or national interest.” I first have to verify my ID for each country I want to run the ad in and I’ve waited over a week now.

Homosexuality is still criminalized in 72 countries in the world. Sometimes with a death penalty. The fight for LGBTI* rights is still going on. In times when church leaders still have the audacity to call gay marriage a “destructive attack on God’s plan “it’s clear there is need to educate people that no-one is attacking God’s plan here. Coming from a catholic background, hearing something like this sometimes makes me cry. It hurts. And I know I’m not the only one hurting. We have to stop people from abusing their power to influence public opinion and spread misanthropic messages of hate.

Sacrament is the first and only magazine in the world talking about gay unions. It’s a flag that we hold, it’s a hand that we give. It’s a message of hope, that yes, slowly, but surely, all this nonsense of penalizing people for who they are and who they love, will be over. 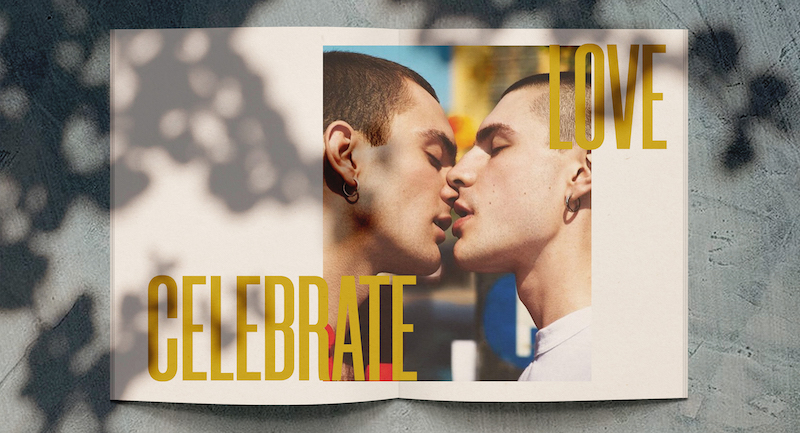 How can we support Sacrament and help cultivate positive change around marriage equality?

There is a lot to do. For now, Sacrament is trying to collect money on a Kickstarter campaign. So you can of course share this campaign, and donate what you can.

To cultivate positive change around marriage equality, I think we have to love each other. All of us. It sounds corny, but the only reason why people struggle to accept same sex marriage or homosexuality in general, is probably because they are frustrated and for lack of love. And of course, we have to educate people. In every hate speech, there is ignorance. So, love and education, as ever, are the answers.

What has your personal journey taught you most about love?

Love is as fragile as it is strong. Don’t take people who love you for granted. I learned that it’s better to hurt from a broken heart than not to have loved. And nothing, no money, no success feels as good as loving someone and being loved in return.

To learn more and support Sacrament and all it stands for, please visit the crowd-funding page.