There’s a whole lot of storminess going on… My heart goes out to the countless people and animals who’ve been harmed in the recent and ongoing floods and hurricanes. I’m also sending love to The Dreamers, who deserve acceptance and respect, and anyone going through a rough patch.

I believe there’s more kindness and wonder in the world than atrocity or evil, but knowing that doesn’t necessarily make the tough stuff easier. Last week in Girl Boner-land I had my own heart filled, thanks to three hugely inspiring guests. Today I thought I’d pass some of the takeaways from those chats plus additional Girl Boner-approved tips for finding peace amid stormy times. For much more goodness, stream the full episode on iTunes, iHeart Radio, Stitcher Radio, GooglePlay or here:

The episode is sponsored in part by TalkSpace! Click here to get $30 off your first month. Learn more in the episode intro or down below.

It’s ironic, isn’t it? Feeling down or stressed can lead us to turn away from others, including the  very people who could most lift us up. If you’re in such a space, turn toward loved ones instead. If you aren’t up for in-person company consider texting, calling or writing a trusted friend. While isolation can exacerbate stress and anxiety, connection tends to lift both. Take whatever alone time you need but please don’t hole up to struggle alone when a chat, hug or visit is in reach.

Creativity may be as close to “magic” as we can get, from a peacefulness standpoint. I believe we’re all creative creatures, and if we let that part of ourselves grow dusty, we’re likely to hurt. Take it from the iconic Grace Slick of Jefferson Airplane.

“I have to create something every day,” she told me during our Girl Boner Radio chat last week. “I don’t care what it is. If somebody said, ‘I’m sorry, you can’t paint anymore.’ Okay, I’ll be a set designer. If they said, ‘I’m sorry, you can’t do that.’ Okay, I’ll write. The only thing I can’t do in the arts is dance—and I’m not bragging. I’m not a genius, but I don’t suck, either.”

Now a visual artist in her late seventies, Slick doesn’t seem to feel genius level talent is necessary. I fully agree. Create for creation’s sake, to fill perceived gaps in your heart, to express the seemingly un-express-able or to feel more human. Pull out a paintbrush, musical instrument, pen, crayons, clay, sewing materials or a hammer and nail and begin.

3. Play and play some more!

Our yearning for novelty, fun and pleasure doesn’t end with childhood. Play is a basic human need. So push thoughts of “but this isn’t productive!” aside, knowing that often, doing “nothing” is really quite something.

We all deserve to play without feeling degraded, and Lust is helping ensure we can. Find her spicy and sensual crowd-sourced content at XConfessions.com.

I agree with Mother Teresa, who said: “It’s not how much we give but how much love we put into giving.” Giving helps the giver as much as the receiver, sometimes more so.

I’m so inspired by the work Michelle Mangione, Grace Slick and other musicians they’ve drawn together are doing to support victims of the latest hurricanes. It started with the rerelease of “The Edge of Madness,” a song the two cowrote and produced to benefit people in Louisiana after Hurricane Katrina and the subsequent oil spill. 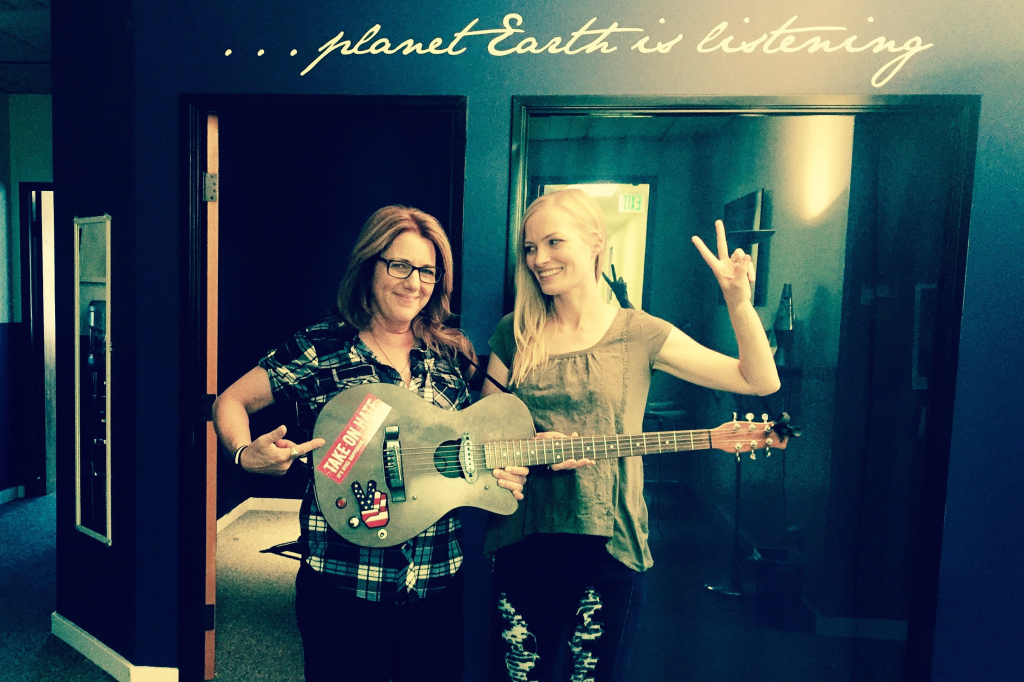 “When these storms happened, it was a no-brainer to rerelease the song,” said Mangione. “We wanted to help as quickly as we could… We wanted to offer an ongoing vehicle for songwriters to help by donating one song for one dollar for one month. A songwriter will take a song, put it up on their site for a dollar and donate the proceeds to the victims of Hurricane Harvey and now, Hurricane Irma.”

To savor fabulous music and support folks in need, purchase a song at WritersfortheStorm.com.

Here are a few other organizations worth supporting or becoming involved with:

As many of you know, I’m a big fan of therapy. If you caught the latest Girl Boner Radio episode, you also know that I’m working with TalkSpace—a company I’m gaga for. I gave TalkSpace a try recently, and immediately wanted to offer it to you all.

If you don’t have access to or can’t afford conventional therapy, or simply want the convenience of basically having a therapist in your pocket 24/7 (my terminology, not theirs ;)), I highly recommend checking them out!

I shared more about TalkSpace in the episode above (in the first five minutes), but in short, it provides remote/online therapy theough daily checkins with a credentialed therapist for as little as $32 per week. It’s even less if you use the Girl Boner discount!

To save $30 off your first month and support Girl Boner at the same time, visit talkspace.com/boner.

Yes, this is a plug, but it’s also so genuine. I’d want it for you even if they weren’t sponsoring Girl Boner on a trial basis. (That’s just a really lovely bonus!)

No matter where you seek support, please do seek it. You and that gorgeous heart of yours are worth it. You never have to endure tough times alone.

How do you navigate tough times? What did you think of the episode? Which tip struck you most? I love hearing from you.