Home • Girl Boner • In “Love” with a Narcissist/Sociopath: Althea’s Story

When I put word out that I was planning a series on dating a sociopath, starting with my own story, I heard from numerous people who had done so. They’d moved on with their lives, learned a great deal and wished to weigh in.

Then I heard from a friend who I haven’t seen in a few years, whose story is quite different.

I’m currently in a relationship with sociopath/narcissist, she wrote. I’d love to help!

Wow. I asked if she could speak publicly and openly about her experience. Not all sociopaths are abusive, after all. I’d recently read about a neuroscientist who discovered, rather by accident, that he is a psychopath—and an overall good person. He’s what some call a pro-social psychopath; he’s chosen to lead by intellectual empathy.

So maybe, I thought, my friend and her guy were making it work! Maybe they’ve both embraced his diagnosis and she’d like to show us all another side of things.

But that isn’t the case at all.

My friend, who I will call Althea, is a perfect example of someone who is bright, accomplished and well aware of the toxicity of her relationship. And like so many, she’s felt unable to escape it.

She agreed to a Q&A, which I’d planned to simply learn from and quote on the air. Her answers were so honest and poignant, I asked if she would feel comfortable if I shared them on my blog.

Without hesitation, she said, Please do!

As you read the highlights of our chat below, please do so with the utmost compassion, knowing that Althea is one of the bravest women around for speaking openly about this. Then click the links below to listen to other women’s true stories, and a sex and marriage therapist’s message for Althea. 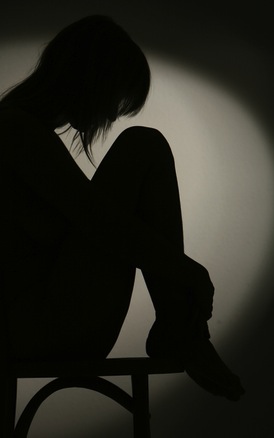 August: Tell me a bit about you.

Althea: I’ve been married for 5 years, currently separated. I’ve also been involved in an affair with a narcissist/sociopath for 2.5 years. I’m college-educated, a mom and have been successfully self-employed for13 years.

August: How did you meet the sociopath?

I met my narc (let’s just call him this for simplicity) at a bar we both frequent. He originally had eyes for my friend. She lost interest in him, because he’s married, and she wasn’t interested in getting involved as a mistress. He and I began flirting and after a few conversations things picked up.

We were both unhappy in our marriages and shared many of the same qualms. Looking back I see that he told me what I wanted to hear. If I said, ‘I miss doing things as a family’… He’d mirror me with, ‘I wish my wife would like to do things together—even if it is just walking around the mall.’ Whatever I lacked in my marriage, he lacked in his.

It’s like he could smell how vulnerable I was. I had never been involved outside my marriage. Getting involved with him emotionally and physically was a HUGE decision for me. — Althea

August: How did it shift from flirting to more?

Our first venture outside of bar-life was an arranged meeting at a local restaurant parking lot. I hopped in his car and we drove to a quiet place. I wasn’t sure what I expected, but I thought our first time would be more than a twenty minute rendezvous. That’s merely what it was.

I remember leaving him on a complete high, feeling super important—like this was a new experience for him, too, like he understood me…as if this was something special for both of us.

August: Do you consider the two of you a couple?

As I said, this affair has been going on for 2.5 years. It has been a romantic/sexual relationship, sans commitment labels for most of it. I guess I felt like I was with him because he is incredibly jealous and possessive. I learned the hard way that should not be mistaken for loyalty. When the relationship amped up, we agreed to exclusivity, then I found out he was still schmoozing other women.

This schmoozing I speak of is important, because it is a key part of what makes him the narc that he is. He managed to maintain having another girlfriend while seeing me for the majority of our relationship. In the meantime, he had other women he was getting something from sexually and emotionally on the side. It’s like a revolving door with him.

August: Wow. So he really relies on superficial charm sociopaths are known for.

He is very personable and outgoing and a fun person to be with. High energy, charismatic and yes, charming. He makes you feel important. Everyone loves him because he gets to know you and says hello the next time you see him. He really is everyone’s buddy.

He’s also successful, and literally a millionaire. He’s very generous with his money when we’re out together. He lives in a beautiful community with his trophy wife and lives up to ‘suburban standards’ of life. He doesn’t rob banks or start brawls. He’s very well put together. No big rap sheet for him.

August: When did you realize that he’s on the sociopath spectrum?

When I became aware of his girlfriend and side chick and his audacity to juggle all three of us in the same bar. He literally has no conscience. He lied to every one of us, told us all a different story. Different tall tales. But at the end of the day, he chose the girlfriend.

She became aware of me and the other side chick… He (being found out) within a matter of minutes turned from nice guy to crazy and deranged. Telling me to tell the girlfriend I’m no one…that he’d kill me, my husband and my son. Screaming obscenities and calling me names. That would be the turning point for me.

August: Do you think he’s capable of love?

I think there are degrees of narcissism and sociopathy. I don’t see my narc as being full blown loony but he certainly relates to people differently. I think he feels love for his daughter and maybe his mother and father, but with women… I think it doesn’t go past a general care for another human. If he’s too busy to be bothered then he brushes you aside. If it’s good for him, then he’s there. It’s all about the control for him. I learned the hard way to not mistake his possessiveness and control for love. It’s easy to do.

August: Now that you’ve seen his true colors, what are the biggest challenges?

I always question his sincerity. I always wonder what he’s lying about, what he’s manipulating. I live waiting for his next blow up when I don’t appease him. He’s incredibly emotionally and verbally abusive. He has called me crazy, whack job, psycho, whore… He shuts me down when I’m hurting. He tries to intimidate me—i.e., texting ‘I’m driving by your place to see who u have over.’ Accuses me of being with other men when I’m sleeping. Literally makes me feel like I’m losing my mind. Saying he saw me with someone when really I was at home or saying he saw texts that don’t exist. It’s crazy-making.

August: Does his personality/disorder affect your sexual relationship?

100%. I never feel safe. I worry about my sexual health because he is sleeping around, which in turn makes me think about the other women I have to share him with. It creates an immense emotional block for me.

Also, he is incredibly selfish in bed. This may be TMI, but he often treats me like his sex toy. I’m there to give head or he just tells me to play with myself. He doesn’t want to do any work. He wants his women to serve him. I don’t enjoy the sex very often and rarely orgasm. One would think with his grandiose ego that he’d be a giver—a show off of his sexual prowess. Hardly.

August: What do you think he’d say if he knew you were discussing this?

He would not be happy. He doesn’t see himself as a narc or sociopath, when he is 100% full blown, certified. In fact, he calls me a narc! He wouldn’t like me tarnishing his image or pulling his mask away. He still has the wool pulled over many others’ eyes.

If he knew, I would get a lot of backlash. I’m sure my phone would be blown up and I would be called names and threatened. That’s his MO. Intimidate.

August: Then why are you sharing? Thank you, by the way. You’re very brave.

Althea: I felt very compelled to share my story because he has literally changed my life. Drastically. I’ve almost lost my life over him. Yet, here I am… Still allowing this man in my life and controlling my emotions. I know I will survive and make it out. In fact writing this I was thinking, What am I doing? He’s damaged so much of me and many of my relationships with others.

Thank YOU for putting this out there for people to learn about. Most people wouldn’t know they were getting involved with a narc until it’s too late. I think awareness is an amazing tool.

August: I know some people will hear your story and wonder, ‘Why the heck is she with him? Just leave!’ I know it’s not that simple.

This is by far has been the biggest mind f*ck of a relationship, and the hardest to end. He has me feeling dependent upon his approval. I’ve lost my sense of self. I’ve heard of trauma-bonding and I believe in it. I think I go back to that comfort of the familiar abuse. It’s a rush. A drug. He’s literally my drug.

How in the world do you move on and recover? How do you heal? No contact seems obvious, but he doesn’t go away. He’s so persistent. He calls from unknowns. I fear he will show up at my home. I worry about what he will do if I cut him off. Even worse, I’m so weak. I give in and go back to this head spinning cycle of being lied to and me feeling insecure and unbalanced. I literally have lost my strength. I’ve always prided myself in being strong, outspoken, and feisty but now I’m weak and broken and a little scared. 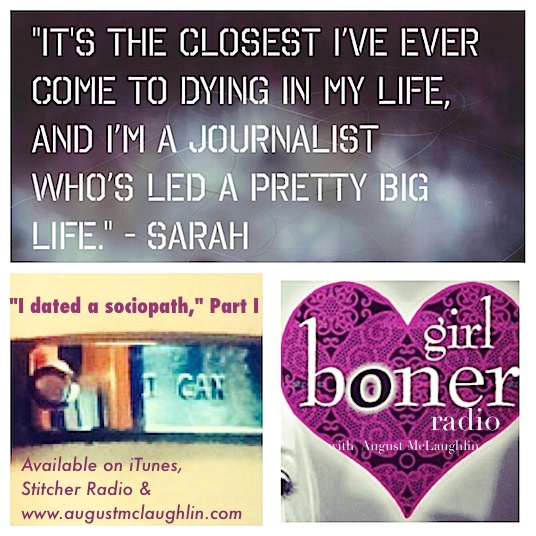 On Wednesday, I’ll continue this series on my show with an interview with marriage and family therapist Dr. Wendy O’Connor.

What encouraging words would you like to offer Althea? If you’ve gotten out of a similar relationship, what most helped you? As always, I welcome your respectful thoughts in the comments below.

Althea, we’re cheering for you. ♥