Imagine adopting a baby after a lengthy process of soul searching and paperwork, and later finding out that the child’s biological parents are living on the streets on a cold rainy night in your city. Would you invite them to stay with you?

Writer Vanessa McGrady did just that and explored the experience and more in her moving book, Rock Needs River: A Memoir About a Very Open Adoption.

I had the pleasure of meeting Vanessa when I flew to Michigan to record the Girl Boner audiobook last fall. Struck by her warmth, wit and thoughtfulness, I invited her almost immediately to appear on Girl Boner Radio to explore her journey and the mighty lessons she’s gleaned along the way. On this day of celebrating love, I couldn’t think of a more appropriate interview to share with you all.

The podcast also features Dr. Megan Fleming‘s thoughts for a listener whose sex drive has dropped since having a baby several years ago and a special invite to a free online series she’s participating in with her husband, Dave. (Register for that for free here.)

Stream the episode on Apple Podcasts, Spotify, iHeartRadio or here! Read on for highlights from the transcript. 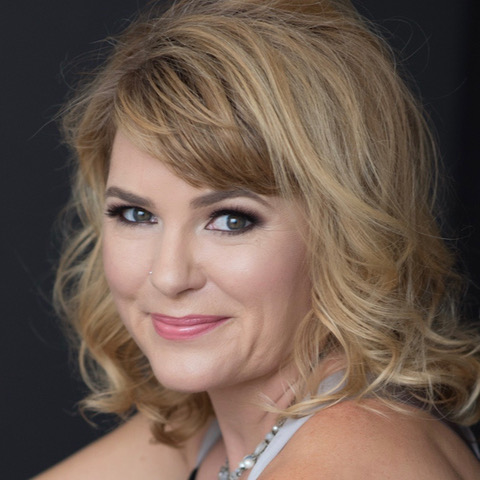 August: As you know, I loved your book. I had the pleasure of reading an advanced copy. It was interesting, because when I got to the end—I hadn’t read the description that says it’s a love letter to your daughter—and when I thought about my initial impression I would share with you, that’s exactly what I wrote down, that it felt like a love letter to your daughter Grace and a testament to love and to what family really means.

Vanessa: I’m so glad you got that because that’s really how it started and really what it is, so thank you for that.

August: I really admire the way that you share your journey to becoming somebody who wanted to have a child and dating and all different kinds of relationships. You were very honest and you didn’t shame anybody.

Vanessa: I just feel like, with the writing of the book and writing about relationships, really any time that you can take the hit for something that goes wrong in a relationship or even writing about relationships… I will take the hit. I will make myself the asshole and I will be generous about that because I feel like it is definitely a two-way street. There are two people in there, or sometimes more if it’s a family or a bigger dynamic… It’s often not just one person’s fault.

August: You’re somebody who seems to constantly learn and seek to learn from people around you. Is that how you feel?

August: Very early in the book you talk about the fact that becoming a mother wasn’t an immediate priority in your 20s. I’m wondering when that started to change for you.

Vanessa: I would say probably in my late 20s. I don’t know if it was psychic or biological or a combination but I really, really started to feel the pull of wanting a child. But I also wasn’t in a good enough space. I wasn’t partnered enough or I wasn’t wealthy enough. And for part of that time I lived in a little cabin in the woods, off the grid, and I peed in a tomato can and there would be coyotes. A bear came and took a poop on my coffee table.

August: That happened for real?

August: So did it feel like that clock? I didn’t have that urge, but I thought it might hit me someday. Is that how it felt?

Vanessa: It was ‘someday, someday, someday.’ Then it was ‘two years, two years, two years.’ And then once I was in my mid-30s, I’d moved to California, I felt more hungry, more focused on that. And I did get pregnant in my very early 30s and that really cemented it for me. I miscarried at 12 weeks, and that was a very devastating miscarriage for me because by 12 weeks, you’re supposed to be safe. Then suddenly I’m sitting on the toilet and there’s all this blood coming out and I’m cramping and I’m turning translucent and I really had gotten attached to the idea of having a baby. So it wasn’t so much ‘two years, two years, two years’ anymore. It was ‘how can I make this optimal to happen?’

August: That’s such a powerful part of your book…. [Miscarriage] is such a common experience that doesn’t get ton of light. Did it feel vulnerable for you to share?

Vanessa: I feel like, at this point, I don’t really have that filter. I don’t have many secrets… I felt like I was just telling what happened and telling it like it is. And I think when we do tell our stories and we tell our very, very personal stories, we connect with other people who have similar experiences as well.

August: Absolutely. The desire to become a parent, did that play a big role in your desire to get married?

Vanessa: It did, yes. So I had been dating Peter and he was done having children. He’d had a vascectomy. He already had teenagers and a son who was grown. And he was onboard… He wasn’t sure, but then he got back on the train. I had started the adoption process by myself as a single person and to his credit, he got back on and he did all his paperwork and he his background checks and together—this is crazy—exactly nine months after we got married, our baby came.

August: Wow… Why was it important to you to go the open adoption route?

Vanessa: That’s actually what people do now… It’s healthier for everybody involved. There’ve been so many studies that show that the mental health of the child is better because people do want to know where they came from, even if it’s not something they grew up with… People need to know. That’s a soul calling, to understand that. It’s better for the birth parents to know: Did they make a mistake? What’s happening to that child? And to be connected in some way. Not all parents, but for many parents. It’s also important for the adoptive parents to have that relationship, to be able to understand. I personally feel that the more I understand about my daughter’s birth parents, the more I can understand her and the more I can help her. 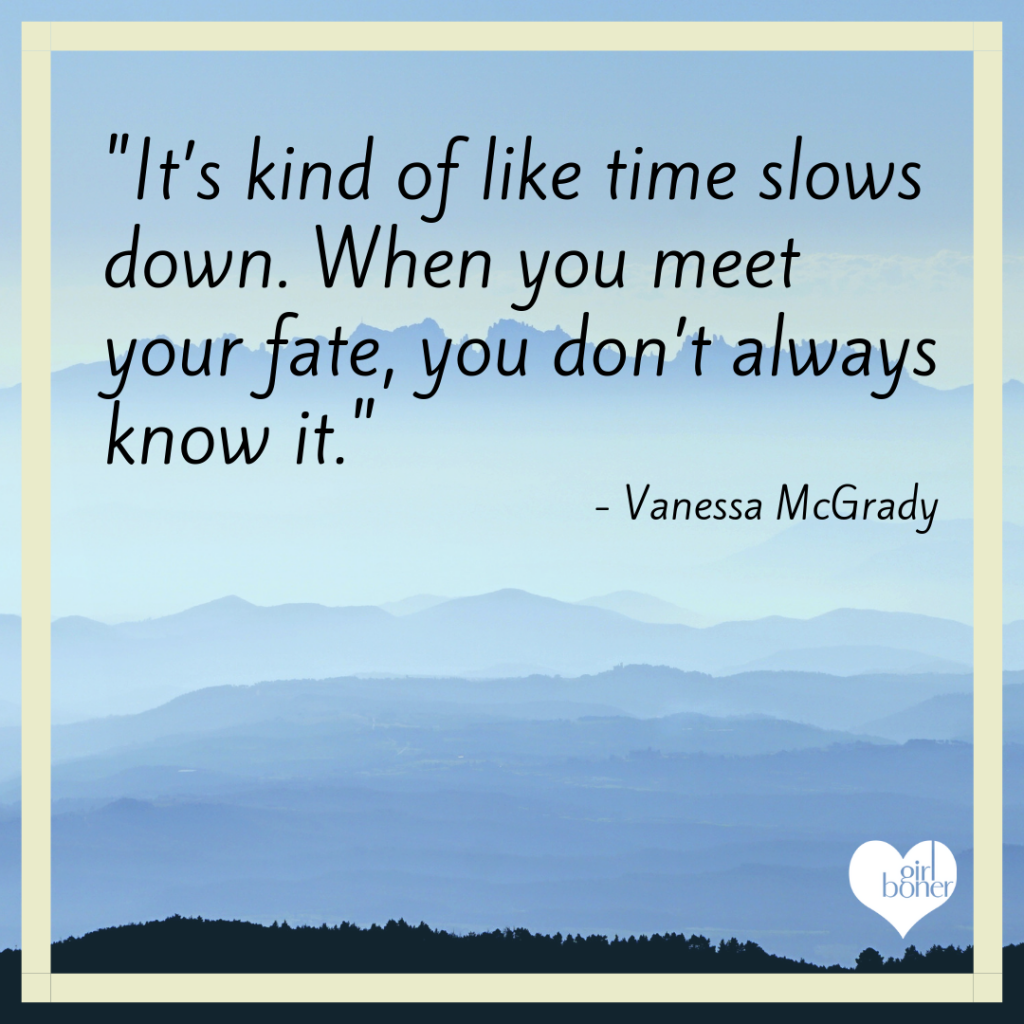 August: Could you share what it felt like to learn you’d been selected? There’d been all of this paperwork, all of these processes you’re going through, and you get a call — there’s a long woman who’s pregnant. I just got goosebumps because I just read this and I got so excited or you. What did that feel like?

Vanessa: It’s kind of like time slows down. When you meet your fate, you don’t always know it—whether it’s good fate or bad fate. If you’re, say, meeting the person you’re going to be with for the rest of your life, or whether you’re winning a prize or getting a job… I got a call at work. I didn’t know that she was going to say ‘yes’ at that time, but I made sure that I looked like a responsible adult [when we met]: Am I wearing grownup clothes? Do I come across as someone who would be a good person to hand off your baby to? I just really wanted to know Bridget when we met her. Bill was working at that time. So we got the call and met her that evening for dinner. I just really wanted to know her. I instantly felt kind of a love and a caring for her. It was just such a vulnerable situation.

August: And from that point to actually it becoming official, roughly how long was it? Was it a grueling process or did you sort of ease into it?

Vanessa: Oh, girl. We only had four days! Bridget was hugely pregnant. She’s like this thin, thin woman with a basketball on her tummy and she had this white coat and…It was stretched to the limits. We met her on a Thursday and Grace was born on the next Tuesday. It was like being pregnant for two years, but also like being pregnant for four days.

August: Wow. So your two years and four days of pregnancy later, you met Grace.

Vanessa: I met my baby. I had gone on this business trip, because nobody was sure when [Bridget] was going to be due…I got the call, then I’m leaving San Jose airport and doing the classic running through the airport: “My baby’s coming!” I got off the plane, I got to the hospital and there she was. They have these clear plastic bins basically right next to the bed… She was there. She was fussing a little bit and my husband had gotten there before me. I got to hold her and she stopped crying. It wasn’t fireworks. It wasn’t birdsong. It wasn’t angel heart music. It was just a very knowing, quiet moment that, you know? This is my life now and this is my child now.

August: At that time could you have anticipated the journey ahead? So many unconventional things ended up happening through this process. What were you thinking about moving forward or were you super focused on the now?

Vanessa: I really just wanted to understand how I’m going to do the dishes and sleep and keep this child alive and keep myself fed. You can read a hundred books on having a baby, but the only way to really learn to be a parent is to just do it.

August: So you stayed in touch with Bill and Bridget… At a certain point they were really struggling financially and you ended up opening up your home to them. I think most readers will ask themselves, ‘Do I have that same generosity?’  I think it really speaks of your heart that you were so open and loving and you fundraised and you made all of these efforts. Was that a difficult decision?

Vanessa: I appreciate you saying all of that, but I feel like it was a very simple thing. If someone you know was homeless and it was raining and freezing and would you let them go out and sleep in a tent? I mean, I think you would not… Especially if they gave you an unrepayable debt.

Stream the rest of our chat up above or on your favorite podcast app! Purchase Rock Needs River: A Memoir About a Very Open Adoption via Amazon, Target, Barnes & Noble or Vanessa’s website.