Stabbing pain in my abdomen woke me at 5am yesterday—which was really 2am in my body’s time zone.

Not now! I thought. After extremely little sleep the night before, followed by a long, intense, incredible day, I’d longed for a full night of restful snooze. Restoration. Peace.

Aunt Flo had other plans. I’d forgotten that flying has a way of inviting her early.

Talk about a State of a Woman! I laughed to myself, cradling my knees to my chest to minimize the pain.

It would be several hours before I could head to the hotel’s gift shop for supplies, so I laid there, flooded with emotion, recalling the previous day, tears streaking my cheeks more because of the recent happenings than my current state. They danced in my head like a dream in the haziness.


When I finally made it to the gift shop, and requested the green box from the shelf, the clerk beamed at me.

“You want the super?” He spoke with a gorgeous Indian accent that reminded me of home.

Oh, YES. (For me, acetaminophen plus ibuprofen are a wonder combo.)

As relief set in, it struck me that in the clerk’s native country, menstruation is shamed—so much so that many girls drop out of school and are ostracized by their communities. And here he was, offering such cheerful kindness, seeming genuinely eager to help.

As minor as this ordeal was in the grand scheme of things, there are countless ways to be an ally. Every interaction we have with another offers the chance to contribute to a more inclusive society. If there were ever any doubt, the United State of Women summit would have doused it.

As many of you know, I attended the summit this week in Washington DC. It was convened by the White House and attended by gender equality advocates from around the world.

I cannot articulate its full wonder, but I will share a few of my favorite highlights.

Everywhere I went I met people with incredible stories—activists, politicians, educators, survivors.  I’d hoped I’d meet precisely who I was meant to, and I believe I did. Not only did I sit near a leading researcher on honor killings and members of The National Campaign to Prevent Teen and Unplanned Pregnancy, but I had a chance meeting with Gloria Steinem. 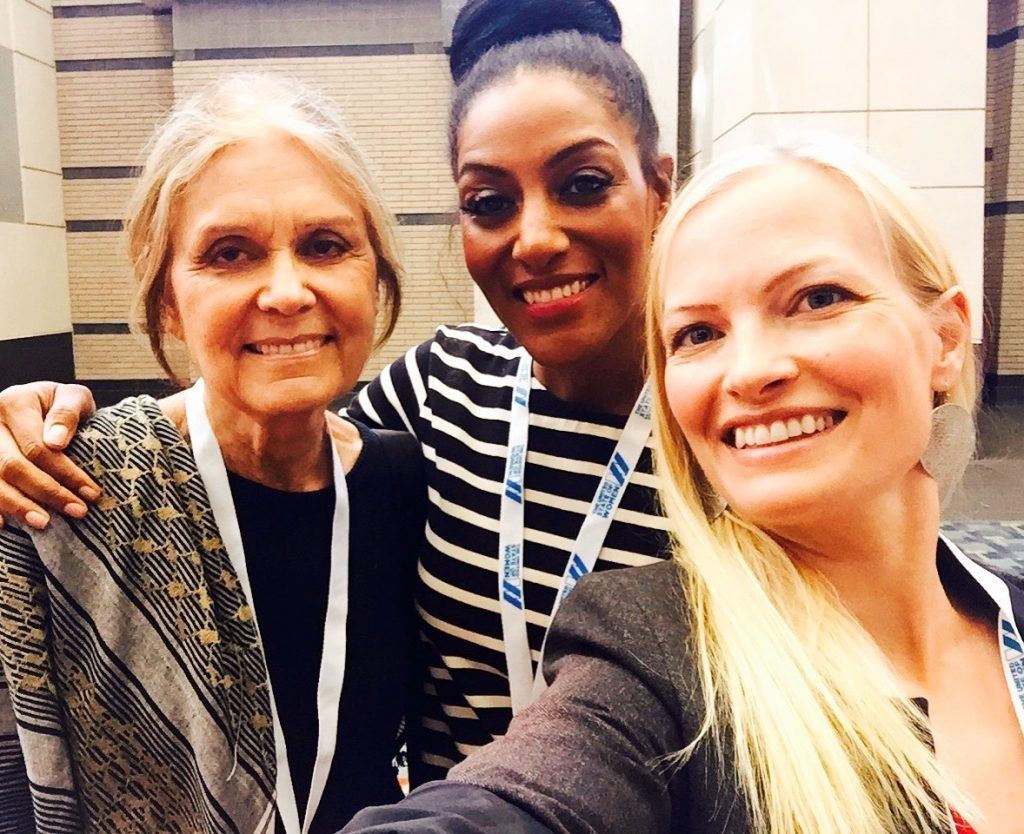 I’m not sure I’ve ever been as hero-struck. Along with Sarah Jones, a phenomenal actress and equality advocate, we chatted about clitoris rings and, of course, Girl Boners. I trembled as I headed back to my seat, hoping my expression of gratitude for their work was comprehensible.

The entire day was quotable, but here are some of the takeaways I tweeted:

“Guys, we’ve got to stop misogyny…sexism against women, LGBT. Stop worrying that speaking up makes you not ‘manly.” — Joe Biden @VP

70% of the poorest, most impoverished people in the world are girls. — Sophia Bush

“Freedom from violence & equal pay are both about respecting women’s full value.” — Sarah Jones Well, as 1 of her characters! #StateOfWomen

“In some countries you’re literally more likely to get struck by lightning than be prosecuted for trafficking.” — Victor Boutros, federal prosecutor

“…if your circumstances are broken, it doesn’t mean that you are broken.” — Julie Hanna, of @Kiva #StateOfWomen

“Our first job as women, in life, is getting to know ourselves.” — Michelle Obama @FLOTUS #StateOfWomen

“We need to change the attitude that punishes women for their sexuality.” — President Obama #StateOfWomen

As a community, we shed tears, held moments of silence for Orlando victims, survivors and their families, explored the need for more than thoughts and prayers, celebrated gender equality progress and highlighted the deep need for more. Every moment of the event strengthened my faith in humanity.

On a personal level, I felt incredibly affirmed. I doubt a single one of the speakers or attendees has not faced marked resistance in their fight for equality. To see Girl Boner® associated with a White House event featuring so many people I respect and admire felt like ally-ship of another kind. 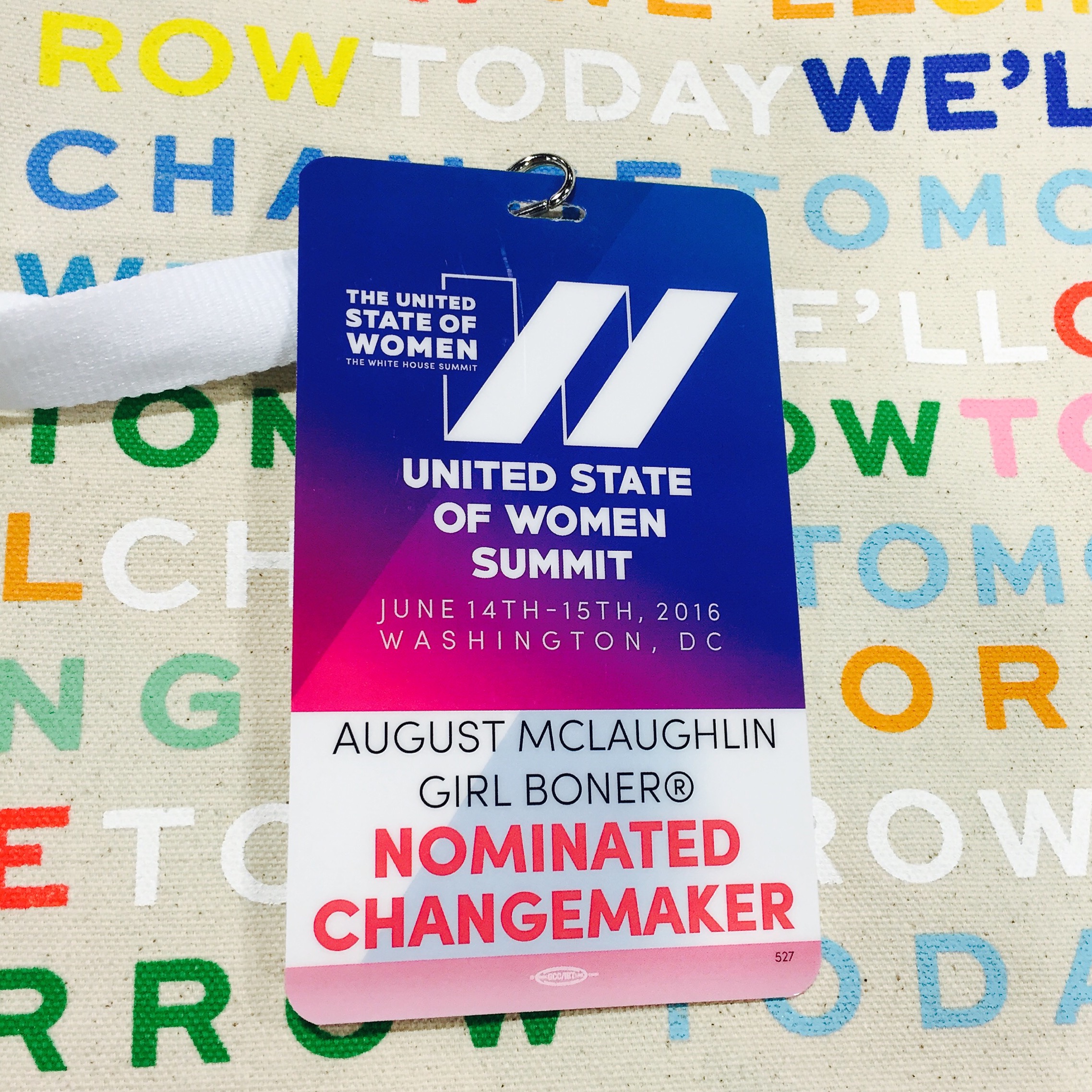 I left the summit more aware than ever that all of us who wish to make a difference bleed, ache, fight for greater good,  celebrate wins and continue striving for more on a daily basis, and we do it all best together.