Since when did swimwear become so bossy? Not to mention misleading. 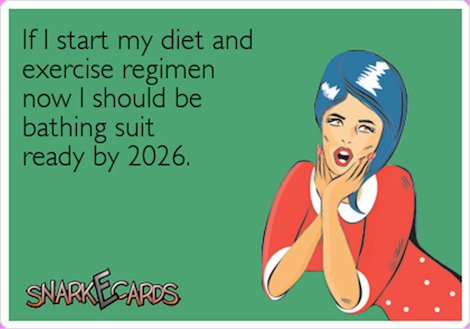 Did you know that the bikini dates back to Ancient Rome? Oh, yes! Archeologists have found antiquated illustrations of Roman women wearing skimpy two-pieces during athletic events. Like all clothing back then, their sole purpose was functionality. (No one wants to be whacked in the boob mid-game!) Much later, in 1946, Louis Réard, an automobile engineer introduced today’s bikini, naming it after Bikini Atoll, an island in the Pacific Ocean where postwar atomic bomb testing was happening. (Ah, the irony…) 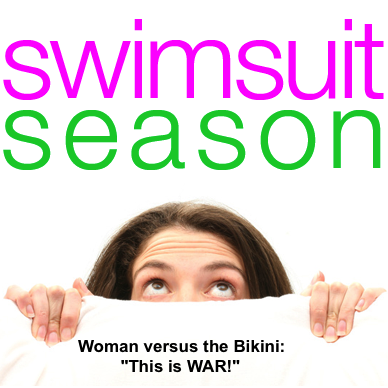 Bikinis gradually gained popularity in Western cultures, stirring up lots of controversy. Considered sinful by the Vatican and scandalous by countless others, they were banned from many countries and numerous states in the U.S. Even so, they grew continually more common, largely because women wanted to wear them. Then in the sixties, Bond Girl Ursula Andress famously emerged from the sea sporting a white bikini in the film, Dr. No, stimulating a heck of a lot more bikini fervor from both genders.

Olivier Saillard, a fashion historian, called the bikini the most popular female swimwear because of “the power of women, and not the power of fashion.” Woman power, eh? So what the heck happened???

Today, bikinis are the bane of many women’s existence and an unhealthy fixation for others. Thanks to the ginormous dieting, “fitness” and weight loss industries paired with societal ideals that tell women we have to look a certain way to feel and appear beautiful, billions of dollars are invested into “bikini body” marketing campaigns, turning the formerly empowering garments into high-octane fuel for poor body image, harmful weight loss measures and complications galore.

If you follow me on Facebook, you may recall that I recently turned down a good-paying feature article on “cleansing your way to a bikini body.” (Did I mention…UGH?) I’m so grateful that another publication, Sexual Wellness News, was receptive to a healthier take on the topic! I interviewed a dietitian who specializes in disordered eating and a woman whose daughter’s desperate desires for a “bikini body” landed her in the hospital before her wedding, and explored ways to achieve true sexiness this summer—which thankfully has nothing to do with dieting.

Here’s a clip from my article, The “Bikini Body” Craze: Turning Body Angst Into Sexy Gains: 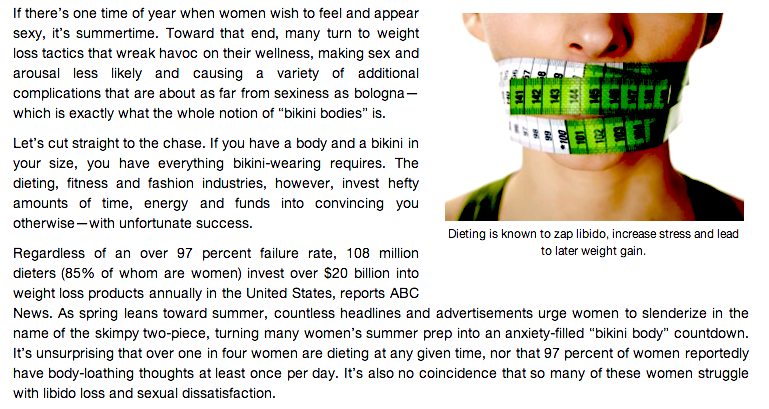 To read the full article, visit this link on Sexual Wellness News.

I say it’s time to take the power back, into our selves and away from “bikini body” angst. If you want to wear a bikini, awesome! If you don’t, awesome! Just don’t let unhealthy attitudes about your physicality determine your goals, desires or shopping decisions. Life is too short and precious to waste our energy in such ways. Given the choice, I’d much rather be emotionally fulfilled and comfortable with myself than beat myself up in the pursuit of society’s perception of beauty. Wouldn’t you?

How do you feel about bikinis? Do you wear them? Dig them? Loathe them? If you wear them, how much do you prioritize comfort versus how you’ll look? I love hearing from you! ♥