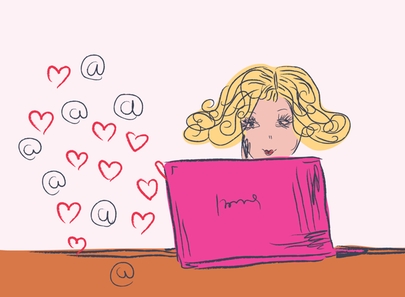 This photo reminds me of a friend of mine. Back in college, she’d sit at her computer comparing her list of “future husband” traits to online profiles. Her list was equal parts long and specific. Tall, thin, light eyed, sensitive, artistic, dog loving, kid loving, financially well-off but not snobby, smart but not nerdy, loyal, never married or first wife died… I’m not joking. A few years later she met the love of her life—a short, stocky, divorced businessman from Saudi Arabia. Though he didn’t suit 80 percent of her proclaimed must-haves, he had the most important ones: loyalty, a loving heart, a sense of humor that tickled her and a penchant for her values. Years later, I doubt she could be happier.

Like Mr. Gump and his chocolates, when we open our hearts, we never know what we’ll get. Stories we fall in love with work similarly.

I’m a thriller-oholic, and have been for as long as I can remember. But if I chose TV shows based on the cover and apparent genre, I’d miss out on some of my faves. I’ve noticed that shows that have swept me off my feet share similar characteristics, all of which suit, but aren’t limited to thrillers.

My favorite shows all have:

And tend not to have:

We can learn a lot by examining the stories we’re drawn to. If I’d analyzed my tastes before writing my first novel, for example, I might have know it was a thriller from the get-go… What we’re drawn to in television, we’re often also drawn to in books, plays and films. They’re all, after all, story mediums. And I’m fascinated by what stories float others’ TV boats. If my favorite show attributes match yours, I bet you’ll adore these, if you don’t already.

Lie to Me I nearly cried when Lie to Me was cancelled. It aired on FOX from 2007 to 2009, and features Dr. Cal Lightman and his colleagues, who together form an investigative, lie detecting team using applied psychological interpretation. Lightman is based on a real psychologist and body language and facial expressions expert, Dr. Paul Ekman. Ekman kept up with the show on his blog, which is still available and makes for a terrific accompaniment or followup to the show.

Criminal Minds is considered a “cop show,” but it’s far more. It centers around an elite group of FBI agents who analyze the most dangerous criminal minds in hopes of anticipating and preventing additional strikes. The main characters are sharp as whips and lovable, and having read the FBI’s criminal behavioral text (yeah, I’m nerdy like that), it’s extremely well-researched. CM focuses more on the victims than the killers, which would make The Gift of Fear author Gavin de Becker mighty proud. Season 8 kicks off next month on CBS.

Prison Break is a crime/action thriller that aired for four seasons on FOX, beginning in 2005. After Michael’s older brother, Lincoln, is sentenced for a murder he didn’t commit, he devises an elaborate plan for his escape. But that’s just the beginning… Prison Break is hands down the most suspenseful show I’ve ever seen, rich with surprising twists and drama, and believe it or not, a tear jerker. And the acting will knock your socks off. 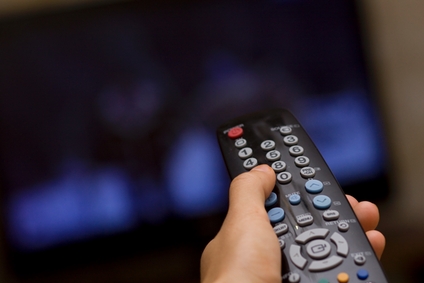 What do your favorite shows have in common? Which thrill you the most? Do your reading, writing and TV interests match?