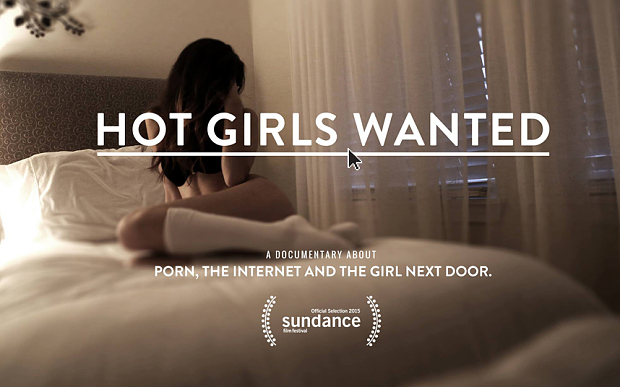 Seconds into the film available on Netflix, they’re flashing their blurred breasts for the camera, going for joy rides and discussing newfound opportunities they’d never have in their hometowns. But as their Twitter and bank accounts flourish, their well-being gradually suffers. One woman acquires an STD. Numerous feel pressured to participate in violent scenes known as facial abuse.

Tressa’s story is important, as are many of the issues brought featured—but the film doesn’t offer solutions for the problems it raises, clarity about these problems or highlight the more positive side of the adult industry.

“Although, I found the film to be edited and presented in a way that will want to make people look down on the adult film industry (as every other documentary done on the industry from people with no background in it), I found this film to be fairly accurate,” she said on her podcast. “I only say this because it is basically how I got into the industry, from Craigslist’s ads in Florida. It’s how most of the girls get into the industry.”

“Unfortunately, [Hot Girls Wanted] does show a real part of the industry, but I was upset that they didn’t show other aspects, a more professional side,” he said. “I wish it acknowledged that there are people that try to do it a better way.”

Spade, whose agency prizes professionalism first, pointed out that Reynolds, the agent featured in the film, lacked licensure at the time of filming.

“If you’re going to do a documentary on a mainstream agency,” he said, “would you go out and find an unlicensed one, and let that be seen as the norm?”

Many viewers of Hot Girls Wanted are concerned about the young age at which females are entering the business. Janine says that’s a social and economical issue—not an industry one.

“If people don’t like seeing 18-year-old girls being ‘taking advantage’ of, they should ask their government to raise the legal age of an adult to an age where the human brain is more developed,” she said, “or simply raise the age to be able to shoot adult content.”

“If the general public is bothered by women using their bodies to make a living wage in America; they may want to talk to their government and ask them why a middle class family can barely support their family, and can’t pay for college,” she added. “The sex work industries are only going to get bigger, and pay rates are going to get lower if the bigger picture isn’t looked at. But blaming the adult industry seems so much easier than trying to figure out why so many people are having to turn to it, instead of wanting to.”

How a woman expresses her sexuality is her choice, made complex by our society’s harmful attitudes and mixed messaging. The idea that women are “sluts” or “prudes” depending on how we dress and behave is an antiquated and unjust mentality that needs to stop.

Regardless of your career path, one message from the film rings markedly true: Never trust a shady Craigslist ad at face value. When it comes to sex as entertainment, remember that every performer is a human being with thoughts and feelings like the rest of us.

To hear or watch my Girl Boner® Radio episode on Hot Girls Wanted, visit this link.