“It’s normal for survivors of sexual violence to experience feelings of anxiety, stress, or fear. If these feelings become severe, last more than a few weeks, or interrupt your day-to-day life, it might be a condition known as post-traumatic stress disorder (PTSD).” — Rape, Abuse and Incest National Network

One of my favorite things about Girl Boner® is interacting with women whose stories and insight offer so much inspiration. While prepping for my latest episode, on depression, PTSD and empowerment, I polled folks on Facebook: If they’d struggled with these issues, what has most helped them cope or thrive? How has the experience influenced their intimate relationships?

One woman’s responses were so poignant, I wrote back and decided to feature her thoughts in the episode and here on my blog. Thank you, Nicole, for your openness and bravery! Read on to learn how this survivor of sexual trauma is finding her way from intense darkness to light.

To listen to the full episode, which also features an interview with award-winning filmmaker Jill Morley, expert tips from Dr. Megan Fleming and a bit about my own experience with depression, use the links down below. I hadn’t realized it until today, but this marks my 75th segment. I couldn’t think of a better way to celebrate than to explore these vital topics with truly awesome women. ♥

August: How long have you been dealing with depression and PTSD?

Nicole: I’ve been dealing with depression off and on for a big chunk of my life, and PTSD related to sexual and relationship trauma for the last seven years.

August: I’m so sorry. I know how challenging that all can be. Have you sought therapy?

Nicole: Off and on for about a decade dealing mostly with depression, and immediately after three traumatic events that all occurred in the span of a year.

August: Has it helped?

Nicole: Talk therapy helped me label what I went through as rape. It was, and still is, difficult for me to use that term, “rape,” because there was no fighting involved.

Instead of fighting, I froze. I knew each of the guys really well. One boyfriend, and two friends. I said, “no,” and, “stop,” and, “I won’t unless you use a condom,” but they kept going disregarding what I said, and I immediately froze. If it were not for therapy, I’d still be talking about them as my “worst sex ever” stories. 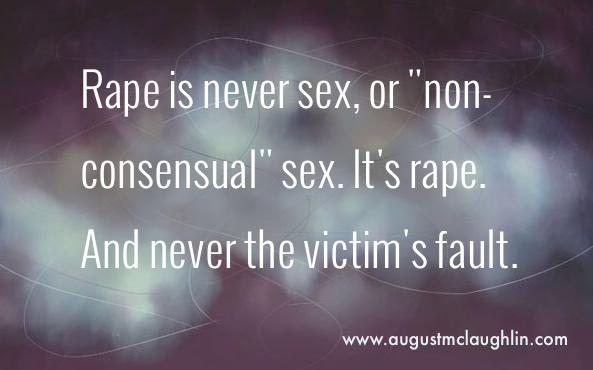 My new therapist is helping me deal with my PTSD and anxiety that bubbles up in ways I only realize a couple days later what triggered it and why. Sometimes I don’t know why I feel anxious at all. I get so angry at my anxiety.

August: A recent guest, Rachel Thompson, talked about that—not realizing PTSD was triggering symptoms for awhile. What would you say has helped the most?

Nicole: I went to group therapy for abused women, and that, more than anything, helped right away. Hearing the stories of women who went through what seemed like a hell I’ve never experienced, then saying that the psychological abuse was far worse for them than any physical abuse, because only the physical was acknowledged/validated by others. So we validated each others experiences. It was powerful.

August: Sounds like it, and it’s inspiring. What about in your daily life? What habits or tools have you found helpful?

1) Meditation/Mindfulness. At least 10-20 minutes a day of meditating, which I also call upon when I realize my feelings are overwhelming me. At this point, it’s usually long after I’m in the middle of being upset.

And when I think … “It’s not ‘OK’ to feel this way. I don’t want to feel this way, so how can it be OK?” I then repeat the three statements above about not feeling it’s OK. “Of course I feel like it’s not OK,” etc. 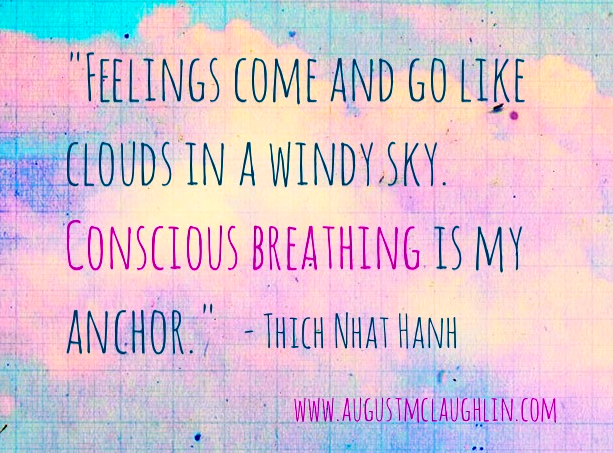 3) When it’s nice outside during my therapy session, we go for a walk during that hour.  Movement while talking about my anxiety and PTSD, and about anything that triggers me, has helped me tremendously. Walking while talking about things helped my body process my emotions faster, often leaving me feeling good about myself just for doing some exercise that day.

August: How has this all influenced your intimate life?

Nicole: My husband is so sensitive to my past experiences, and I’ve told him about all of them. When they’re brought up directly he’s there to hold me, or just listen.

In the bedroom, he’s sometimes a little too quick to just stop whatever he’s doing (which is a thin line for both of us to walk, and I feel bad about it being so confusing).

My husband also has his own issues—also about control; I’ve learned that sexual trauma often creates or increases control issues. Our separate issues tend to leave us triggering one another pretty often.

We both want to work on ourselves to be better people for ourselves and each other…and now for our little one on the way. We’re both working very hard at resolving our issues, and we’re seeing a lot of progress six months into counseling, but we still have a long way to go.

I feel so fortunate to have a partner who is willing look honestly at himself, and to work through our problems and do what we need to, in order to be healthy as individuals and as a family.

August: Beautiful. How is your pregnancy going?

Nicole: Being pregnant with my entire body changing is not a helpful piece to this puzzle, but it’s important for me to work on myself now more than ever. I’m hoping to teach my baby boy to grow up a strong feminist, and believing in and fighting for equal rights for everyone.

How beautifully brave and amazing is this woman? Yes, that was rhetorical—but please do join me in cheering Nicole on and sending the best possible thoughts.

**For more on this topic, listen to the latest on Girl Boner® Radio: Depression, PTSD & Empowerment on my homepage, iTunes and Stitcher Radio.

Can you relate to Nicole’s experiences? If you’ve struggled with depression or PTSD, what’s most helped you cope and heal? I love hearing from you! ♥