Happy Halloween! I’m a bit low on candy (okay, I don’t have any – *sniff*), but I do have a special treat for you all. Today I’m thrilled to share my blog living room with one of the most brilliant folks I know. Karina Wilson is a British writer and story consultant based in Los Angeles who knows the horror genre better than most. She took time out of her hectic week to chat with me about the genre, addressing some of the issues we addressed on Monday, and more. We are so fortunate to have her. (Thanks again, Karina!) 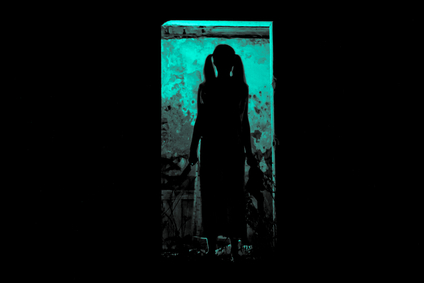 August: What sexist themes are most common in the horror genre as of late? Has the apparent popularity of the “strong female” archetype made a difference?

Karina: There are strong females and there are strong females… I find the emphasis on women only finding strength through their mothering instincts (e.g. INSIDIOUS, MAMA, BYZANTIUM and THE CONJURING) quite disturbing; only women who’ve conformed to social expectations and played the “good mom” role are perceived as having value and are therefore permitted to survive. This is especially worrying when it plays out to target audiences weaned on poor, benighted Bella Swan, who wanted nothing more from life than to get married and have a baby before her 19th birthday. However, WE NEED TO TALK ABOUT KEVIN (one of my favorite films of the last few years) counterbalances this ‘cult of Motherhood’ quite nicely.

I’m also very wary of the current fashion for witch-bashing, which was particularly iniquitous in HANSEL AND GRETEL: WITCH HUNTERS. It’s all a bit too glib and easy (the Crone with warts on her nose must die!), and doesn’t acknowledge that witch hunts led to the deaths of tens of thousands of women in Europe during the peak of the Inquisition, and that accusations of witchcraft are still used to justify lynch mobs and the murder of old women across Africa. It’s all part and parcel of the expressed desire to persecute women who don’t fit neatly into the marry-reproduce-nuture mold – there’s nothing wrong with doing that, per se, but women who don’t choose that path shouldn’t be routinely demonized.

August: What’s the dynamic like for female writers and filmmakers in the genre?

Karina: I actually think horror is a more welcoming place for women than many other segments of cinema – you’ll find more female-driven story lines than in action or biopics, for instance, or those ‘heavy-hitting’ dramas that clog theatres this time of year, and I personally know a number of female horror directors. However, I believe there is a fetishization of violence against women in low-budget horror that has to stop. A rape/torture storyline is one of the cheapest and easiest things to film, but that doesn’t mean filmmakers should keep doing it. Why keep putting it out there, especially when it keeps coming from the tired perspective of the male gaze? We’re not in 2005 any more. Screenplays where conflict arises only from the suffering of a young, attractive woman are often more reflective of the writer’s mental health than about telling a story. They read like a cry for psychiatric help rather than entertainment.

August: Do the sexist notions cut both ways, affecting both genders?

Karina: Horror movies have to conform to a fairly solid set of conventions – otherwise they’re not horror films anymore. Unfortunately, filmmakers mix up stereotypes and tropes, and recycle the same old same old characters thinking that this is what the genre demands. It’s not. As long as your story is structured along the right lines, you can innovate with characters, especially in terms of race, age and gender. The more you defy expectations on that front, the more enjoyable even a familiar story can be. CHASTITY BITES is good example of a recent independent horror movie that made huge efforts to defy stereotypes, with a subsequent payoff in audience good times. 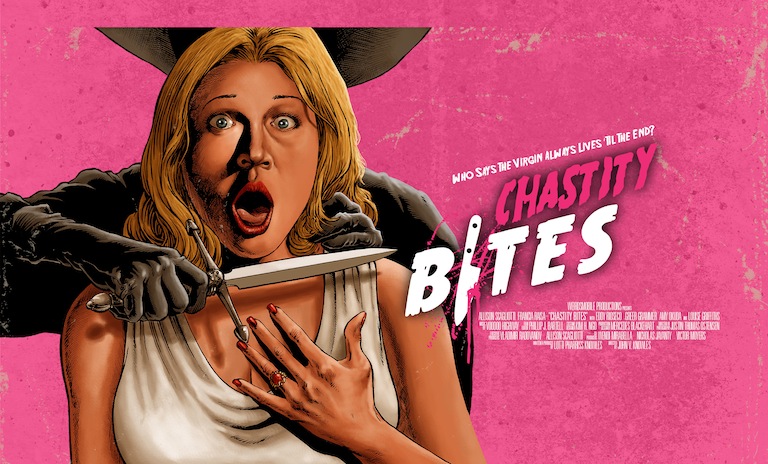 August: Why do you feel sexism in the genre seems to carry on, after significant amounts of (if partial) progression?

Karina: The male gaze. We’ve been looking at women as objects rather than subjects for so long, that we’ve forgotten there are other ways of seeing ourselves. So many movies across the board, from family fare to R-Rated, are produced, directed, photographed, written, edited and scored entirely by men that there’s no room for female perspectives. The statistics from research like that done by the Geena Davis Institute on women’s roles within the media are heartbreaking. There are so many talented women out there who never get a voice, or, when they do, their voice is diluted.  It’s so rare to see a film like Sam Taylor-Johnson’s NOWHERE BOY that even partially embraces the way women look at men with desire rather than the other way around.  She’s up to direct FIFTY SHADES OF GREY, which could be very interesting. So sexism is a huge issue across movies in general, not just horror.  I sincerely hope things will change throughout the entire industry so that the female gaze becomes a familiar way of seeing for audiences.

August: How can readers, film watchers and creative artists make a positive difference in these regards?

Karina: Tell stories not just about women but from a female point of view. Embrace those stories where you find them. Think about ways in which the female gaze is different from the male’s, and why there’s room for both in our filmed and printed fictions. Tell your friends. Begin a cultural revolution.

Karina: Where to start? Anne Rice, Angela Carter, Shirley Jackson, Daphne Du Maurier are the grande dammes of horror fiction, and they’ve been telling stories from a female point of view for a long time. If you haven’t read them, you should. More recently, Michelle Paver, Sarah Pinborough, Sarah Waters, Lisa Tuttle, Muriel Gray, Sarah Gran, Sarah Langan and many more – go crazy with your “To Read” pile (but why are there so many Sarahs?). I’m always looking for suggestions for my column on horror and cult fiction, LURID, at LitReactor so hit me up via Twitter (@medkno). Female-directed horror movies you should see are AMERICAN MARY, TROUBLE EVERY DAY, NEAR DARK, IN MY SKIN, FUGUE, PET SEMATARY, THE COMMUNE and THE ATTIC, again, to name but a few. There’s so much material out there.

We’d love to hear your thoughts! What struck you most about Karina’s insight? What’s your take on “strong female” characters? Do you seek out or aim to write/create female-driven stories? What’s your favorite horror book or film? ♥