Home • Life • From “Soul Mate” to Soul Sucker: My Relationship with a Sociopath

If you’d rather listen to this content, do so here or search for Girl Boner Radio on your favorite podcast app then scroll to Mar 17, 2019)

T swept me off my feet, years before l learned that the best partners don’t sweep you anywhere. Rather, they want you to stand strong on your own. 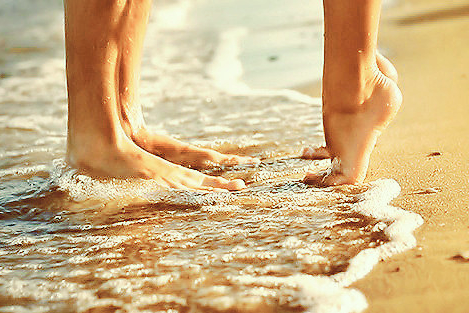 We met in an acting class, of which he was the star. While other women in the class pined over him, I only had eyes for acting. I was there to study—not flirt. And I certainly didn’t need to leap into another relationship so soon after my last.

The entire class knew about my goals and the breakup, just as I knew about their lives and dreams; it was that kind of class, and hello: we were actors. Open, sensitive and overflowing. It didn’t strike me until later that T was an exception. He shared very little about himself. He performed, charmed us with his wit and charisma and drove students in need of rides home in his luxury car. I, being one of the car-less, was content taking the bus home.

One night the teacher prompted us to sit face-to-face with a partner, look them straight in the eyes and say whatever came to mind. When I turned to seek a partner, T was right there.

Peering in his magnetic eyes, I felt naked and vulnerable.

“You don’t know how beautiful you are,” he said. “Or that you’re the most talented actor in this class, probably in this city. You could be a star.”

My cheeks flushed burgundy. My ex never said such things; on the contrary, he’d felt threatened by my modeling and acting. The wounds echoed.

That night, I accepted T’s offer to drive me home. I sat in the car with other students, including a single mom, an elderly woman and a man who’d fled his homeland in seek of the American Dream.

T opened the sun roof, asked if we’d like to watch TV and told us we could turn our seat heaters or personal ACs on or off as we wished. It all seemed pretentious, until I observed my fellow passengers beaming. T was treating people who never received such treatment like superstars.

After dropping the others off, he stopped for gas.

He returned with  20-plus bottles, one of each available brand, some chilled, some room temperature.

“I wasn’t sure which you liked,” he said, half-winking.

I couldn’t stop smiling as he drove on, chatting. He seemed fascinated by me and my life—my upbringing, family and goals. We seemed to share much in common, from world views to favorite past-times.

Within days, we were dating. Make that dating on steroids. Every moment was intensely romantic and adventure-filled. People routinely gushed over how “perfect” we were together, some guessing we were newlyweds, versus newly paired.

While his over-the-top adoration felt foreign (in anything but cheesy movies), I began to rely his perpetual loves notes, bold exclamations and gifts. It was as though he filled voids I hadn’t known I had. 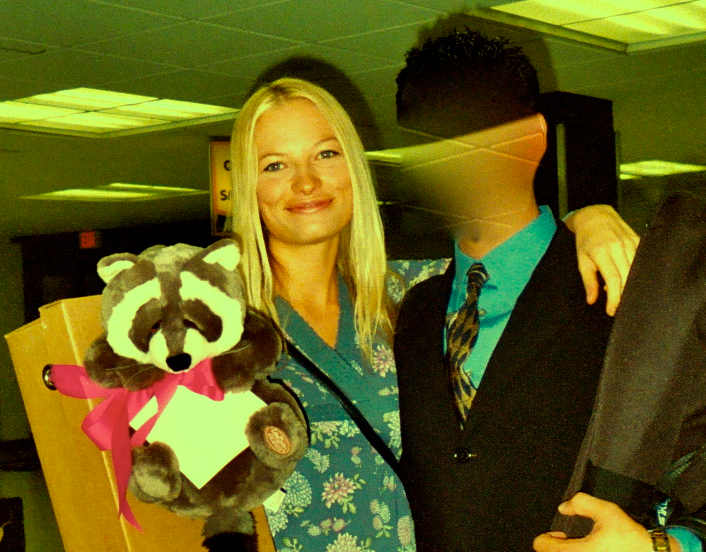 By the time T’s true colors emerged, I felt trapped.

We’d been dating two months when T told me that Kyle, a mutual friend, desperately needed a place to rent for a month—but was too embarrassed to discuss it.

“You should offer to sublet your place,” T said. “Stay with me for a while.”

I later learned that he told Kyle a similar story, only flip-turned—claiming I was in dire financial straits, but too ashamed to mention it. (“So could you please rent her place? I know you hate your roommate anyway.”) Kyle and I fell for his plot, and that month sublet became permanent.

He knew I cherished my place and independence, so rather than ask me to move in with him, he had strategized. And probably relished the game, especially when he won. And won. And…won.

He wooed everyone I cared about and dropped out of class to give me creative space (“It’s just my hobby, but it’s your dream, baby. I believe in you.”) After I’d saved up enough to buy a clunky car, he gave me his. (“You deserve better. I treasure your safety.”) I sobbed, as I drove it for the first time, wondering if I should feel guilty or just grateful, whether I deserved it.

The truth was, I didn’t deserve it—but my understanding of “it” wasn’t reality, not by a long shot.

One day, everything changed.

I received the career news I’d been longing for: I’d booked a lead role in an indie film, and couldn’t wait to tell T; surely we’d celebrate.

Instead, his face morphed from human to animal. He trembled, his face pale, nostrils flared, teeth gritted. Saying nothing, he began pacing and heaving while I stood there, paralyzed and perplexed.

He shot me a steely glare, then raced to the kitchen. With both hands, he grabbed the heavy, chrome paper towel holster that was bolted to the counter top and pulled, shaking maniacally, until it snapped off.

I dropped to the ground, sobbing and cradling myself. Please don’t hit me!

He didn’t. But he did use the heavy bar to bash a hole in the wall, mumbling something about the “hot actor guy” who’d play opposite me.

That was the first of countless outbursts, which surfaced any time T thought he might lose me or my attention, the shiny prizes he’d worked hard to win.

After he chased a man around a parking lot with a knife for “looking at me the wrong way,” I packed my bags and left. But we didn’t stay broken up.

He came crawling, pleading for forgiveness: “It’s just that I love you so much! Help me be a better man. I will do anything to make this work.”

He provided endless excuses for his behaviors—his troubled childhood being the biggie—promising he would work through it all. He started therapy, said he found God, sent a letter of apology to my parents. I was his reason to go on, he said. Without me, what was the point?

I wanted to help T. I loved him. But I also wanted to be happy, to live free of terror and tumult and to move forward in my life. Finally, I realized that the latter was only possible without him. The blissful times we’d shared early on were a farce, and his sociopathic nature, reality.

For any chance at happiness, I had to leave him for good.

Doing so was one of the most difficult and important decisions of my life. I sobbed until I vomited post-breakup, stayed in bed for days. But as healing crept in, my acting career began to flourish (and that later led to writing and Girl Boner). I began feeling strong and whole on my own. A few years later, I met a man who loves me sincerely, with whom I feel more like myself than ever. In the right relationship, we only grow.

If you relate to this story, you’ve probably dated someone on the sociopath spectrum: people who lack empathy and remorse, who thrive on power and control.

There’s so much to say about all of this, which is why I launched a series on this blog and on Girl Boner Radio. I chatted with inspiring women who found healing after their own relationships with sociopathic men, a bold woman who is in a such a relationship now and two psychologists. We covered the basics, such as “what is a sociopath?,” common signs of narcissists and sociopaths, related myths, and ways to move on and heal once you’ve fallen prey to a hurtful one, and more. To read and listen, check out the links below.

And if you’re feeling lost within and controlled by a relationship, I hope you’ll start believing in the healthier, happier future you deserve. Sometimes the most important thing we can do is recognize that the little voice deep within whispering this isn’t right is brilliant, and worth listening to—even if our hearts can’t catch up with it just yet.

Do you relate to my story? How have you healed from a hurtful relationship? I love hearing from you. ♥

Dating a Sociopath: Stories of Hurt and Healing (interviews with two survivors)

I Dated a Sociopath Part II: Hope and Healing (interview with an expert)

5 Signs You’re Having Sex with a Sociopath